PRC media: China may become the first country in the world with 100% production of stealth fighters 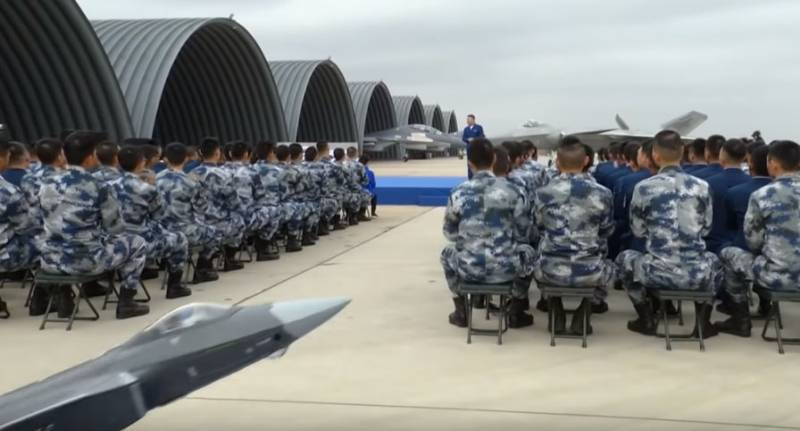 
In the Chinese edition of Sina, it is noted that to optimize the park aviation The PLA Air Force might find it appropriate to switch completely to a new generation of fighters. It is noted that on the basis of the J-20 a whole line of military aircraft can be created: in addition to the fighter, it can be a bomber, as well as strike and reconnaissance drones. Additionally, the possibility of creating an UAV or an aircraft that would serve as a coordinator for military operations is being considered. And also based on the J-20.

In China, it is noted how Russia, on the basis of the Su-57 fighter, is trying to create an attack-type UAV. We are talking about the drone "Hunter", which is already being tested in pair flight with a combat aircraft.

Relying on a new generation of combat aircraft may allow the country to re-equip the country's air force, enable manufacturers to maintain orders, and increase the number of jobs.
It is additionally noted that China could become the first country in the world to switch to a 100% production of stealth fighters, abandoning the production of previous generation fighters.
Ctrl Enter

We are in Yandex Zen
Interview of Vladimir Putin with Radio Europe-1 and TF1
Yuri Drozdov: Russia prepared the role of the sacrificial calf
47 comments
Information
Dear reader, to leave comments on the publication, you must to register.