Aggressor in the shoes of a defender: what the United States wants to prove with the teachings of Defender 2020 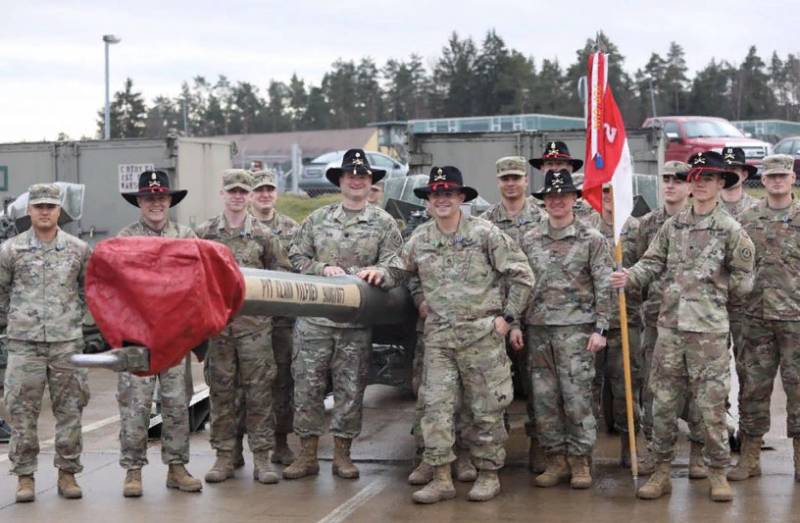 As the Defender Europe 2020 military exercises draw near, an information campaign is under way in the West to justify them. The countries participating in the global action have already begun arrangements for the transfer of armed forces and military equipment to Russian borders.


In particular, on February 3, the first ship with the logistic units of the British Armed Forces arrived in the Belgian port of Antwerp, designed to ensure the further deployment of the NATO group. In late February, American troops are expected to arrive in Europe with their subsequent dispatch to the Baltic states and Poland.

Against this background, some senior officials, including the NATO bloc, continue to publicly declare the harmlessness of the Defender 2020 exercises and their extremely defensive nature of actions. On February 3, NATO Secretary General Jens Stoltenberg in an interview with the French publication AFP said that the goal of the massive deployment of US forces in Europe is not Russia at all.

However, the statements of the Norwegian official have nothing to do with reality and are deliberate deceit, or rather, hypocrisy, which has become the hallmark of the West for at least several decades.

Despite the fact that, at the official level, the “Defender” is not connected with a specific country, the geographical connection of maneuvers to the Baltic states and Poland gives every reason to believe that not only defensive, but also offensive actions of about 37 thousand military personnel out of 18 will be worked out NATO countries and block partners. That is how many military men will concentrate on 10 training grounds of Poland and the Baltic states, which border, including the Kaliningrad region.

Stoltenberg is filled with pride "for the largest deployment of American troops in Europe over the past 25 years." He is confident that Defender Europe will demonstrate "the ability to quickly move large forces from the US to Europe" to "help protect other allies of the alliance if necessary." In the meantime, everything looks like an upcoming aggressor action in the shoes of the defender.

However, including in the West, there is an opinion that large-scale US exercises in Europe are a pre-planned action. As you know, this year from February to May in Lithuania and Latvia will be held celebrations dedicated to the 30th anniversary of the restoration of independence from the Soviet Union. Estonians will celebrate the 29th anniversary of the acquisition of state sovereignty from the USSR.

In addition, do not forget that 2020 in Russia was declared the year of memory and glory in commemoration of the 75th anniversary of the Victory in the Great Patriotic War. It is possible that with the help of Defender in the West they are trying to overshadow the anniversary celebrations dedicated to the victory of the USSR, and at the same time denigrate the decisive contribution of Soviet soldiers to the defeat of Nazi troops and the liberation of Europe. Say, at present, the role of the defender is assigned to the United States, which is entitled to transfer an unprecedented number of its troops to European territory.

Therefore, it is important that, when covering Defender Europe 2020, in the West, after 75 years, they remember the lessons stories and accidentally did not overestimate the capabilities of the United States and its Baltic allies in Europe.

We are in Yandex Zen
Reports from the militia of New Russia for 27-28 September 2014 of the year
Interview of Vladimir Putin with Radio Europe-1 and TF1
34 comments
Information
Dear reader, to leave comments on the publication, you must to register.