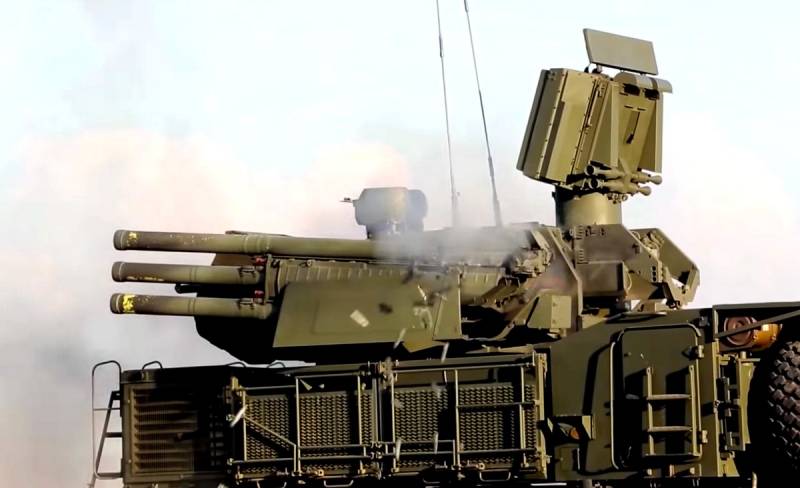 On Monday, the Russian Pantsir-S air defense system of the Khmeimim air base spotted and destroyed an unidentified small-sized drone approaching the territory of a Russian military base from the Mediterranean Sea. This was reported by the press service of the Ministry of Defense.


According to the military, the air defense facilities of the base at nightfall discovered a "small unmanned aerial vehicle" approaching the Russian military base from the north-eastern part of the Mediterranean Sea. The drone was not identified.

Missile armament of the anti-aircraft missile-cannon system "Shell-S" of the Russian air base, the air target at a distance from the air base is destroyed. No injuries or material damage
- stated in the Ministry of Defense, adding that the last attempt to attack the Khmeimim airbase with the help of drones was made on January 19. The air base is operating normally.

Recall that earlier the Western media announced the inability of the Russian Pantsir-S air defense missile systems to detect and hit small targets such as drones.
Ctrl Enter

We are in Yandex Zen
Someone wants otvetku? Air defense Hamim intercepted another drone
The command of the Ground Forces did not refuse to adopt the Pantsir-C1 anti-aircraft missile system.
55 comments
Information
Dear reader, to leave comments on the publication, you must to register.