The Bundeswehr risks temporarily left without the main number of tanks 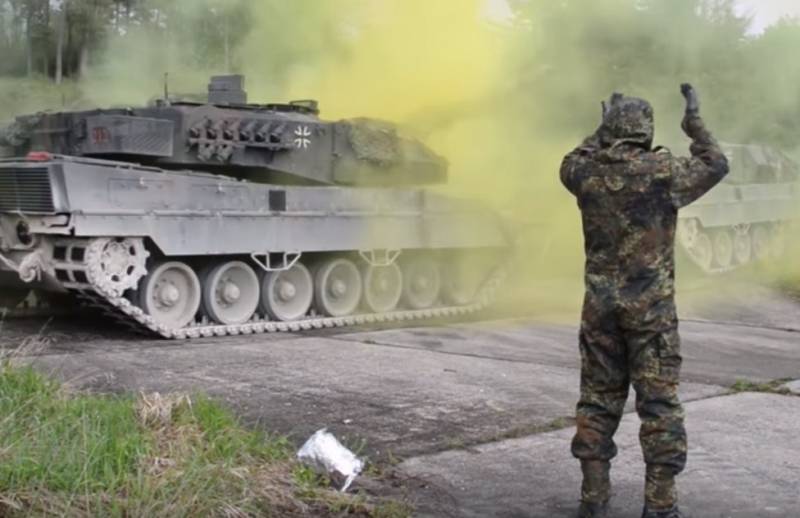 Gone are the days when Tanks constituted the main striking power of the ground forces of the German army. Now hardly a third of the famous Bundeswehr Leopards are ready for battle.


The armed forces of Germany conceived the modernization of their tank units. Now they are based on Leopard tanks, but only 38% of them are on alert. Most (204 of 222) of the Leopard tanks, which are in service with the Bundeswehr ground forces, are planned to be re-equipped and made more adequate to modern conditions. Accordingly, the tanks will be distilled into repair shops, after which the armored combat units of the Bundeswehr will remain practically without combat vehicles.

Recall that the main German tank used in the armed forces of Germany at the present time is the Leopard 2. It has been produced by Krauss-Maffei Wegmann and Maschinenbau Kiel for over 40 years - since 1979. Over four decades, 3563 tanks were produced, most of which Germany exported. Leopards were sold worldwide - from the Netherlands and Chile to Singapore and Uganda. Their technical characteristics attracted the attention of buyers from various countries, but, first of all, of course, from among the allies of the “Western bloc”.

The famous military magazine Military Ordnance invariably puts the Leopard in first place among world tanks. The German Interest is equally highly praised by The National Interest. And this is no accident, because the Germans always knew how to make tanks. German tankers constantly took and take first places in military competitions and exercises of the armed forces of NATO countries. But will the Bundeswehr tank corps retain its former power after sending a significant part of the Leopards for repair? This is where things are not so simple.

Contrary to popular reproaches, including from the Americans, the German leadership did not forget about its armed forces. The same Ursula von der Leyen, when he was her Minister of Defense of the Federal Republic of Germany, paid sufficient attention to the rearmament of the ground forces, and other types of armed forces of the country. For example, she advocated increasing the defense spending of Germany, launched a program to create a new generation of European tanks. 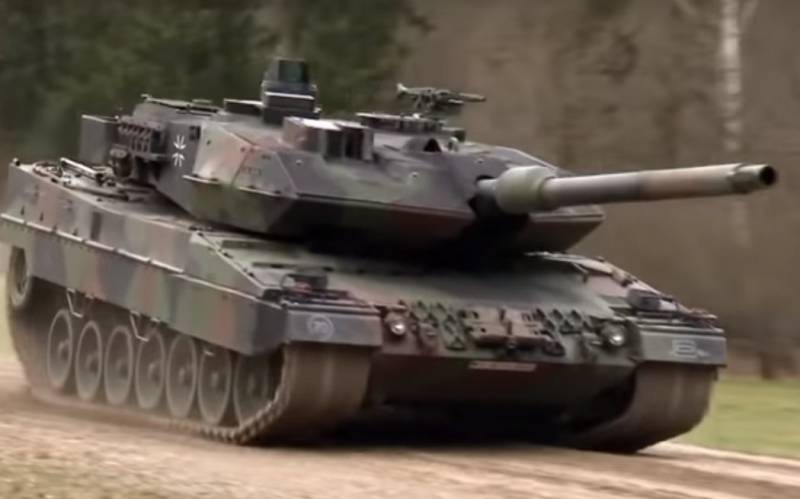 But the fact remains - the tank units in the Bundeswehr are being reduced. Currently, according to open source data, only 2 tank divisions remain in the Bundeswehr. In Hanover, the 1st Panzer Division is deployed, which includes only one 21st Panzer Brigade and a tank training brigade (the rest of the division is a motorized infantry brigade, a training artillery division and support units). The 10th Panzer Division is deployed in Bavaria, in Veitshöhheim. It consists of only one 12th tank brigade “Upper Palatinate”. It is clear that not so many tanks are required for two tank brigades. The bulk of the armored vehicles of the Bundeswehr is in storage. 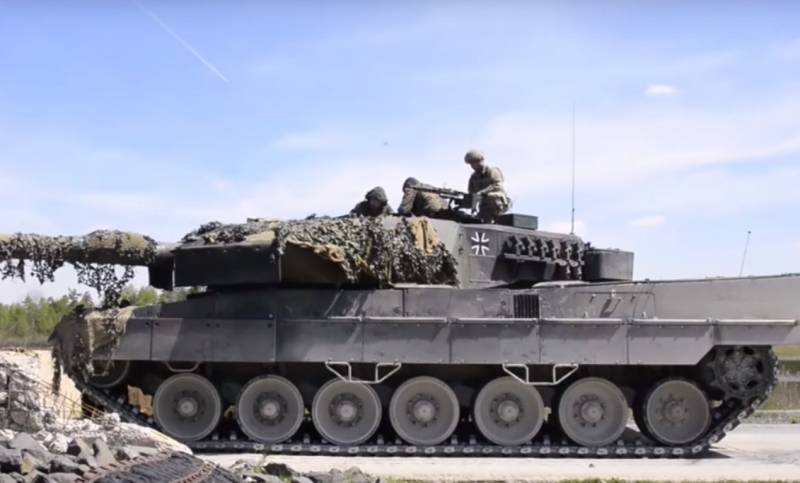 In this case, until 2021, the number of “Leopard-2” in service with the Bundeswehr should be increased to 328, and in the latest configuration A7. All the old Leopards, which are in service with the Bundeswehr, should be brought to this standard. Thus, despite the fact that for some time the German tank brigades will remain with a minimum number of tanks, in the foreseeable future they will see an increase in the number of combat vehicles, both due to the supply of new Leopards and the return of old tanks from the workshops. undergone modernization.

So you can be sure that in the future the Bundeswehr will not remain without tanks, and the Leopards, as they were, will be a reliable fighting vehicle, which enjoys well-deserved authority and demand all over the world. But for a while the German army to remain almost completely without tanks, still at risk. Not only that, and to the tank power of the past, the German ground forces are already very, very far away. The German leadership does not see the point in preserving the numerous ground forces, since there is no one to fight these tank divisions and brigades in Europe, and small units can be sent to the Near and Middle East to NATO contingents.

We are in Yandex Zen
New step to "German Europe"
The commander of the armored forces of Israel no longer relies only on tanks
27 comments
Information
Dear reader, to leave comments on the publication, you must to register.