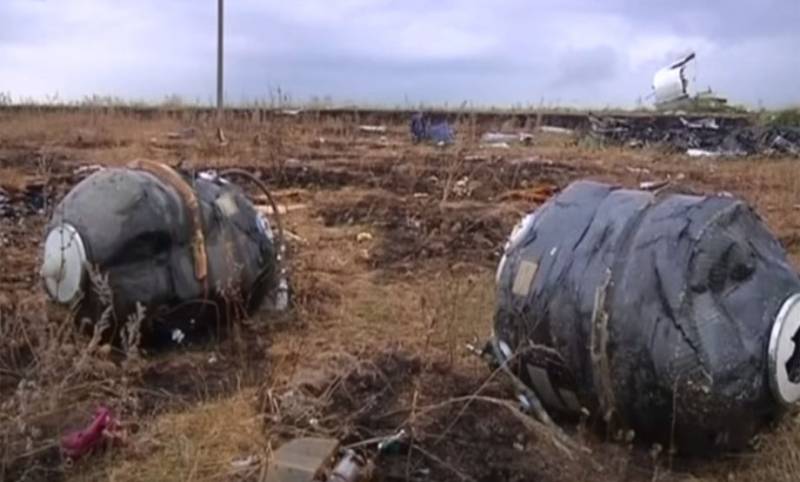 A little more than a month later, on March 9, a trial will begin in the Dutch court of The Hague in the case of the July 17, 2014 crash of the Malaysia Airlines Boeing 777-200ER airliner over the Donbass on a scheduled flight MH17 on the Amsterdam-Kuala Lumpur route.

The International Investigation Team (JIT) in the case of a Malaysian Boeing shot down over Donbass has already announced that three Russian citizens have been charged: former head of the DPR armed forces Igor Girkin (Strelkov), reconnaissance group commander Sergey Dubinsky with the call sign Khmuryi and his deputy Oleg Pulatov with callsign "Gyurza", as well as a citizen of Ukraine Leonid Kharchenko (callsign - "Mole").

As the main version, the investigation team has already made its main conclusion: the Malaysian Boeing 777-200 was shot down (all 298 people on board died) with a Buk anti-aircraft missile system, delivered to the combat zone from Russian territory from the 53rd air defense brigade, stationed near Kursk.

In The Hague, they threatened a long and loud process. Under the pretext of his special publicity, the case will not be considered in the building of the district court, but in the large hall of the Legal Complex, located near Schiphol Airport.

A timeline of the process is presented. It will be held within 25 weeks: March 9-13, 2020; March 23-27, June 8 - July 3; August 31-November 13; February 1 - March 26, 2021. A curious public will be able to follow what is happening in the courtroom via an online broadcast.
For the convenience of the audience, the Netherlands has amended its legislation, which now provides for the use of the English language in the process. The Dutch did not invite official representatives of Russia (accused of a disaster over the Donbass) and Malaysia (it owns the downed Boeing). This fact alone raises questions.

The Hague District Court Public Relations Coordinator Monique Bunk told reporters that “observers” could attend the meeting from Russia, Malaysia, and any other countries. To do this, they must submit an official application. These are the starting conditions for the process at The Hague. In other words: as observers - if you want, come; if you don’t want to, sit at home and watch the online broadcast in English. Judicial farce ...

Where did the inconvenient evidence for the investigation go?

The appearance of Russia in the list of undesirable participants in the process is understandable. She was convicted immediately after the disaster over Donetsk. Actually, a new page in international relations began with this tragic incident, when the accusation of a group of countries dominating the world becomes more important than real evidence.

Then there will be a “high probability” of Russia's involvement in the Salisbury incident in English, interference in the American and other elections, and a Catalan referendum. The Kremlin has been unprovenly accused of another dozen large and small political conflicts that shook the Western elite.

The crash with the Malaysian Boeing was perhaps the first example when the West, on the pretext of Russia's involvement in the incident, ignored all the evidence it presented: satellite data, documents, materials that the rocket that shot down the airliner was in Ukraine since Soviet times, evidence eyewitnesses, etc.

But JIT completely nullified the responsibility of Kiev for the tragedy. I can no longer hear that Ukraine was obliged to close the sky over the war zone. There is no information about the dispatcher who controlled air traffic in the crash area. He fell out of sight. It is not known where the tapes of the negotiations between the crews of the aircraft and the air traffic service are located. Someone carefully removed from the case file everything that contradicted the dubious version of the international investigation team about the causes of the Boeing Malaysia Airlines crash.

Why didn’t we combine our actions with Malaysia?

Malaysia got into a company with Russia because it doubted the conclusions of the investigation and the legitimacy of the Dutch investigation. From the very beginning, it was roughly pushed away from this process. It got to the point that the representatives of the country-owner of the downed airliner, who arrived in Kiev, were prevented by the Ukrainian authorities from conducting their investigation.

About this in the documentary of the Dutch journalist Max van der Verff told the former head of a group of investigators at the government of Malaysia, Colonel Mohamad Sakri. The colonel had to carry out a whole secret operation to get the black boxes of the plane.

They persistently tried to take possession of the United States and Ukraine. According to Sakri, the Ukrainian authorities blocked the Malaysians from access to the crash site, after which the colonel with a group of 11 people, including doctors and military personnel, secretly went to Donetsk.

Colonel Sakri received black boxes MH17 in Donetsk on July 22, 2014. The field of this, the staff of the OSCE observation mission, representatives of the Ukrainian authorities and FBI agents consistently demanded that Sakri transfer the boxes to them, but the Malaysians (as the owners of the liner) were able to defend their right to these important devices.

But in the end, Malaysia was left behind the investigation. But she continued to follow his progress.

For example, Akash Rosen, senior investigator for digital expertise of the Malaysian company OG IT Forensic Services, noted that audio recordings of the talks by the JIT investigation team were edited. In the investigation team, these claims were simply ignored.

In turn, the Prime Minister of Malaysia, Mahathir Mohamad, soon became convinced that the investigation had become politicized and acquired a pronounced anti-Russian orientation. In an interview with the authors of the film already mentioned here, the prime minister said: "The United States, the Netherlands and Australia are not interested in establishing the true causes of the crash."

In such circumstances, it was logical for the authorities of Russia and Malaysia to unite. Create a joint investigative group, based on the results of which to conduct its own lawsuit on the crash of the Malaysia Airlines liner. However, offensive diplomacy is apparently not in honor. On Smolenskaya Square, they chose to limit themselves to the slurred comments of their official representative on her personal Facebook page.

Meanwhile, the West is not only not shy about actively influencing the actions of international authorities. To achieve his goals, he openly manipulates established legal norms, replacing them with political expediency.

This was the case, for example, when the Stockholm arbitration considered the dispute between Naftagaz and Gazprom. Under the same circumstances, arbitration denied the Russian company a lawsuit, citing its decision as the weakness of the Ukrainian economy, incapable of multibillion-dollar payments. And here he ordered Gazprom to pay a fine to Naftagaz in order to support the declining economy of Ukraine.

A similar motivation and logic must be expected from the Hague trial. A months-long propaganda action will provide scope for far-fetched accusations and unconfirmed facts. Russia and Malaysia will dutifully observe this farce from the side. Apparently, they are not yet ready for other actions.

We are in Yandex Zen
The collapse of the "Boeing" in the Donbas. Five years have passed, but the West is hiding the truth.
Situational analysis of the death of the MH17 flight (Malaysian Boeing 777), made on the basis of engineering analysis from 15.08.2014
113 comments
Information
Dear reader, to leave comments on the publication, you must to register.