But on the other hand. Tank commissar who stumbled 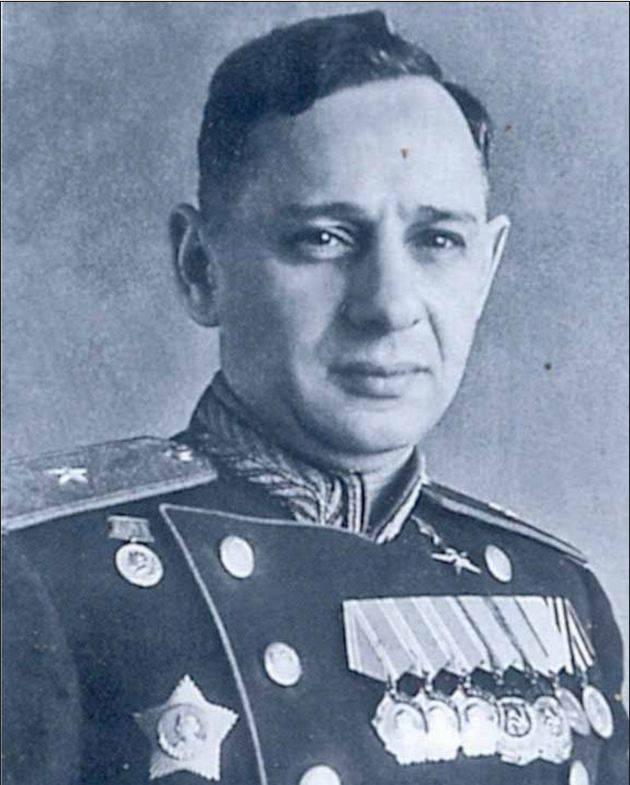 In the previous part stories the controversial figure of the director of the Chelyabinsk Tractor Plant dealt with abuses and outright theft, which the general and laureate of the State Prize bred in his patrimony.

As it turned out, the first signals about the inappropriate behavior of Zaltsman, bordering on bestiality, began to come in 1942. Prosecutor Viktor Bochkov, based on an audit of the activities of Tankograd, established that the main reason for the chronic malnutrition of plant workers and their families was the theft of food by managers. On June 28, 1942, the prosecutor reported to Molotov, the curator tank topics in GKO, the following:

“An investigation carried out by the USSR Prosecutor's Office established: in the first half of 1942, employees of the URS of the Kirov plant in the city of Chelyabinsk squandered rationed food funds: meat and fish - 75133 kg, fat - 13824 kg, cereals - 3007 kg, sugar - 2098 kg, cheese - 1539 kg and others. The illegal spending of these products was carried out for special supply (special rations) and food for the command personnel of the plant, without cutting coupons from food cards. According to arbitrary standards approved by the former director of the plant, Comrade Salzman, several hundred people of the plant’s command staff received 15 kg of meat, 4 kg of butter, 5 kg of fish and caviar, 20 pcs. eggs and other products. " 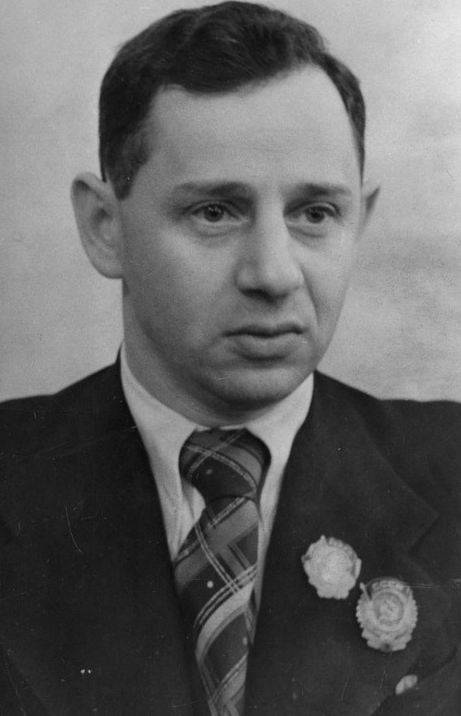 “At the beginning of 1942, Comrade Zaltsman moved from the Kirov Plant to Nizhny Tagil to the position of Director of Plant No. 183, and by his order, products for 9529 rubles were loaded into his car (due to the Kirov Plant). Among the products were: 50 kg of cereals, 25 kg of sugar, 100 kg of wheat flour, 20 liters of alcohol, meat products - 155 kg, 50 kg of butter, 40 kg of vermicelli, etc. In addition, from the production and technical funds of the plant were 320 liters of rectified alcohol were taken, which was transferred through the URS to the director’s canteen of the factory for drinking and distributed to apartments of individual factory workers. ”
As we know, these reports did not lead to anything: in mid-1942, Zaltsman was promoted to the people's commissar of the tank industry, and all investigations by the prosecutor's office were stopped. 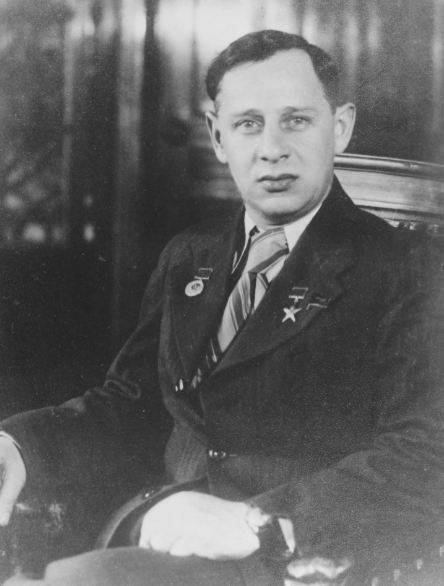 A little later, Zaltsman asked Vyacheslav Malyshev for the reconstruction of two summer cottages for the factory managers. The limit was allocated to the director of 200 rubles, but the “tank king” was sold at 000 rubles, which were withdrawn from the funds for the construction of housing for workers. In general, the very fact of using at the height of the war even 531480 thousand rubles, sanctioned by Malshev, for the openly lordly needs of leaders causes outrage. And then there is an almost three-fold excess of the limit due to the housing of workers. Zaltsman, in particular, for this money completely furnished the dachas, one of which he kept for himself, and presented the second to the first secretary of the Chelyabinsk regional committee N. S. Patolichev. In addition to the fact that the director of the plant kept a staff of servants at his dacha, he often spent heavily on banquets - eyewitnesses talk about 200-10 thousand rubles at a time. The regulars of the stormy gatherings at Zaltsman's dacha were the mentioned Patolichev, as well as Major General Jacob Rapopport, chief of Chelyabmetallurgstroy. 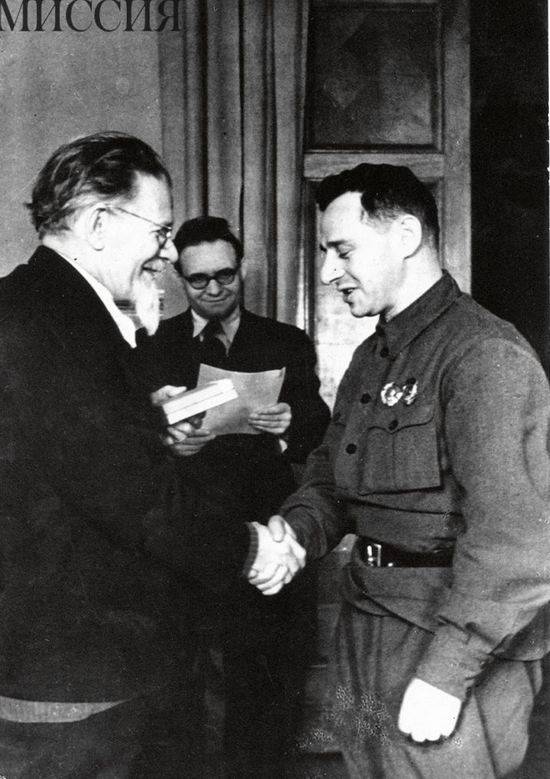 Another important drawback of Isaac Zaltsman as a leader was his intolerance towards a different opinion - this led to the departure of talented managers and engineers from tank building. So, the chief designer of the tank design bureau Boris Evgrafovich Arkhangelsky moved to another plant. After the war, he became the chief designer of the Lipetsk Tractor Plant, was awarded the Stalin Prize for the development of the design of the Kirovets D-35 tractor, which turned out to be so successful that its main components were manufactured in the USSR until 1973. He also removed the deputy chief engineer from the Salzman plant. Nikolai Nikolaevich Perovsky, an old-timer of the Chelyabinsk Tractor, who later became deputy minister and laureate of the Stalin Prize. The future director of the Kharkov Tractor and Gorky Automobile Factories, Deputy Minister of the USSR Automotive Industry, Stalin Prize laureate, deputy of the Supreme Council of the USSR Pavel Yakovlevich Lisnyak was also forced to leave ChTZ as the head of the blacksmith shop. These people and dozens of others gradually formed the anti-Salzmann lobby in the highest echelons of power, which had a great influence on the outcome of the “Salzmann case”. 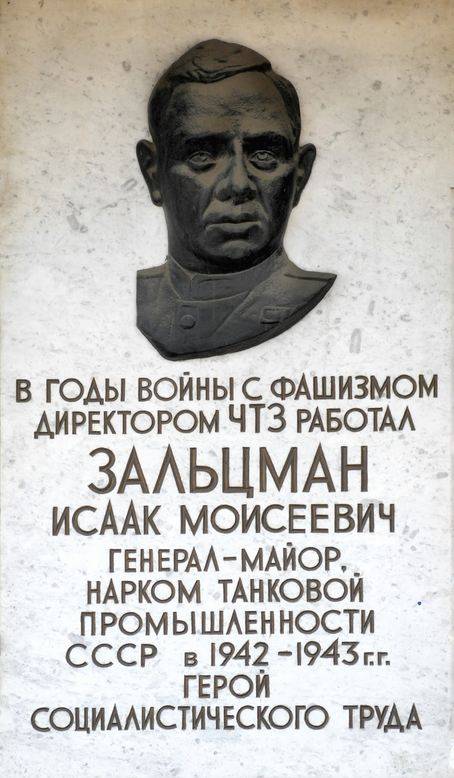 Why didn’t Isaac Salzman stop in time? Indeed, literally everyone in Chelyabinsk knew about the boorish tricks of the general, corruption at the factory and outright theft. In an interview, the disgraced commissar said in this connection the following:

“A commission arrived in Chelyabinsk, began to collect incriminating evidence against me and informed me that I had been expelled from the party and arrested. It was the year 1949. Then, when in Leningrad, on the monument to the defenders of the city, the names of the Heroes of Socialist Labor were embossed in golden letters and my name is among them. Do not be ashamed! "
By the way, no one arrested Zaltsman, it was part of the myth that he carefully created in the 70-80s. But the commission that arrived to hunt for the “tank king” really was, and as a result, on September 6, 1949, the bureau of the Party Control Commission under the Central Committee of the All-Union Communist Party of Bolsheviks made the decision “On the misbehavior of Salzman Isaak Moiseevich (member of the All-Union Communist Party of ) since 1928, party ticket No. 3010124). ” It was formulated as follows:

“The audit established that Zaltsman I. M., being the director of the Kirov Plant (Chelyabinsk), despite repeated warnings of the party bodies in connection with the facts of his intolerant, mocking attitude towards subordinate employees, continued to behave unworthy of the Soviet leader,” he admitted roughly abusive, degrading treatment of Soviet people by subordinates, as well as in the office of the factory administration and enterprises, surrounded himself with people who did not deserve political and business confidence, and when they were exposed He defended these wicked men. ... at the expense of the plant spent significant amounts on the acquisition of valuable gifts for some former Leningrad leaders. For indecent behavior, exclude Zaltsman IM from the ranks of the CPSU (b). ”
It should be understood here that Zaltsman’s possible involvement in the Leningrad affair and the Jewish Antifascist Committee’s case automatically led to criminal prosecution. Even a simple charge of corruption and theft at the Chelyabinsk Kirov Plant would lead to a guaranteed camp term. And here, even the awards were not withdrawn from Zaltsman. One of the versions of such a humane attitude to the “tank king” was the recognition of his organizational merits during the Great Patriotic War by Joseph Stalin himself.

All due to overwork

On October 22, 1949, non-partisan and dismissed from all posts Zaltsman was accepted as a senior technologist and deputy head of the mechanical workshop of factory No. 480 of the Ministry of Transport Engineering in the city of Murom. We must pay tribute, the former strong-willed director did not wilted and launched a whole campaign to restore his good name. First things first, it was necessary to recover in the party, and in 1951, Salzman submitted the first relevant request. They refused him.

The second petition was filed by the former People’s Commissar being in the status of senior master of the mechanical section of the workshop of the plant No. 201 in Orel. By the way, in both letters Zaltsman admits his mistakes and asks "to find an opportunity to mitigate the measure of party penalties." This insistence is understandable - non-partisan workers actually had no opportunity to move up the career ladder. 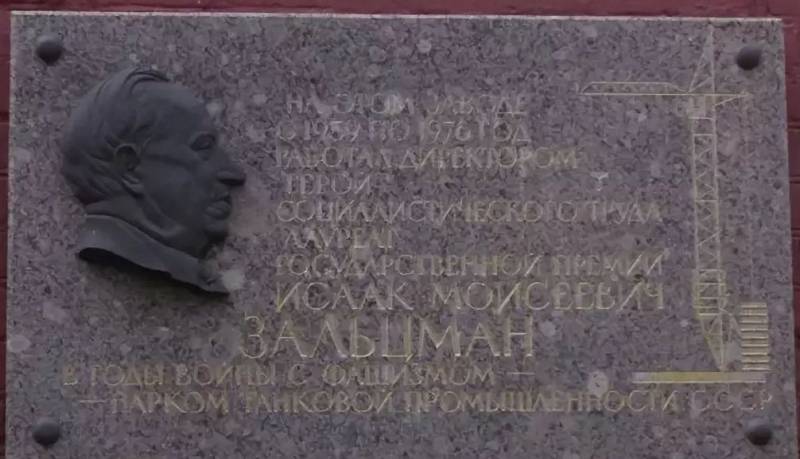 However, the party leadership was adamant. Chance to Salzman fell with Stalin's death, and he did not fail to use it - on April 13, Salzman wrote to the chairman of the Party Control Committee under the Central Committee of the CPSU Shkiryatov:

“Without removing or mitigating any serious mistakes made by me: rudeness, improper management of the plant, protection of offending personnel, participation in sending gifts as an unacceptable violation of state discipline, I ask you to take into account that I’ve been conscious throughout all my years life was devoted to the cause of the great party of Lenin - Stalin. In the difficult years of the life of our country, the staff of the plant in which I worked honorably coped with the tasks assigned to it by the party and the government. Over the past 4 years, I have pondered day and night, checking my life path. The son of a tailor, I owe my whole life, knowledge, and experience to my native party and the Soviet government. Brought up by the Komsomol and the party, I am guilty of making serious mistakes, but with all my soul, with all my thoughts I have always been devoted to the cause of the Lenin-Stalin party. I ask the Central Committee to bring me back to life, to show confidence in being a member of the great party of Lenin - Stalin. I will justify this trust. "
And again, all the efforts of Zaltsman idle. And in 1954, Shkiryatov himself died, who was one of the initiators of the “Zaltsman case”. 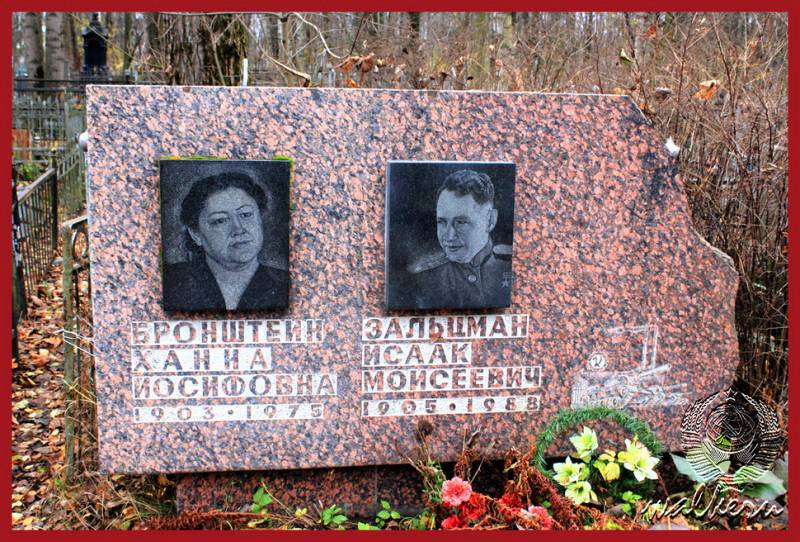 Now I had to write to Shkiryatov’s successor, Pavel Komarov, who in April 1955 read from the former People’s Commissar, we quote the original:

“Over the years of the war, working as the director of the Chelyabinsk Kirov Plant, I have committed a number of rudeness in relation to some senior employees of the plant. Being guilty before the party for the committed behavior unworthy of a communist, I tried during these 6 years to completely correct the mistakes made. Rudeness took place in relation to some of the leaders of the plant in conditions where I did not sleep for weeks and did not leave the plant. Desiring to win minutes to complete the tasks of the party and government, being overworked, I showed temper and unacceptable rudeness. Unfortunately, I sometimes did not give these errors a proper assessment, and no one corrected me in a timely manner ... I understand that I was entirely to blame for the mistakes I made, I only regret that in those years I was not strictly warned in a timely manner and did not call for order. I am sure that then it would not be necessary to apply the highest measure of party punishment to me. I ask the CCP to take into account that during my stay in the party for 21 years I did not have any party penalties ... I ask the CCP to trust me and restore me to the ranks of the CPSU. I will justify the confidence of the party. "
This time, Zaltsman was reinstated in the CPSU, but the former “tank king” was not completely satisfied with the results. The party membership card included a break in party experience from September 1949 to April 1955 - this seriously damaged the reputation of Isaac Zaltsman, who was gaining weight again (he again became the director of the plant).

He managed to get a “clean” ticket only in February 1981, when the secretariat of the XXVI Congress of the CPSU made a decision on the disgraced commissar.

In 1988, Isaac Zaltsman celebrated the 60th anniversary of his “continuous” stay in the Communist Party and died peacefully at the age of 82.

Author:
Evgeny Fedorov
Photos used:
k.a.rf, new.warheroes.ru, missiya.info, jewmil.ru
Articles from this series:
The Case of Isaac Salzmann. Corruption at ChTZ and the disgrace of the “tank king”
Isaac Salzman. The ambiguous fate of the "tank king" of the Soviet Union

We are in Yandex Zen
Chernobyl notebook. Part of 3
Myths of the Great Patriotic. Did Stalin have prostration in the first days of the war?
108 comments
Information
Dear reader, to leave comments on the publication, you must to register.