Freedom and slavery. The birth of a capitalist formation 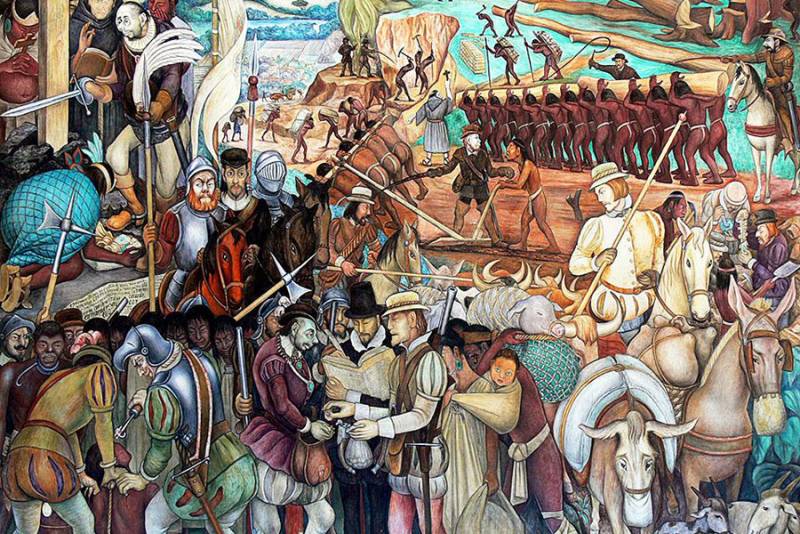 The decline of feudalism

Among the ruins of feudal Europe, the foundations of a new social system were laid. But the first blows to the old order were not dealt by merchants or usurers, but by the poorest and most oppressed layer of feudal Europe - serfs.

Medieval Europe was built on unpaid labor of this class of half-slaves, who were given a small plot of land, in return of which they were forced to work for free on the estates of the church and feudal nobility for several days a week. To this was added corvee, which required serfs to carry out certain tasks for the benefit of their masters. It is precisely in the struggle of this oppressed class of peasants for liberation from slavery that the history of capitalism is traced.

There is an old German saying "Stadtluft macht frei", which means "city air makes you free." The source of expression is the customary law of the Middle Ages, according to which any runaway serf who remained in the city for a year and one day will no longer be subject to the claims of his former masters and, therefore, will become free. But this custom did not just descend from heaven or arose by gentlemanly agreement between the rulers and their slaves. This was the result of many years of fierce class struggle.

The serf was considered part of the master's property, as if he and his family had grown out of the land itself. Consequently, he was completely under the jurisdiction of his master, which meant that he had few opportunities to seek justice from anyone else. The king himself was just another landowner, and the church was the largest landowner of all.

The simplest and most effective defense against the exploitation of the Lords was flight, and throughout the medieval period there was a constant struggle between the serfs, who sought to break free from the clutches of the Lords, and their hunters, who scoured the country in search of lost property.

One of the results of this clash was many free cities in Europe. These dilapidated settlements in some cases became powerful independent cities. Born from feudalism and yet opposed to it, the townspeople, known in France as the "bourgeois", were organized into city councils and guilds, which served as local authorities, through which these gatherings of individuals, united by a common struggle, turned into a class.

The growth of these cities and the rapid population growth until the "black death" contributed to a powerful upsurge of trade, which began to gradually undermine the foundations of feudalism.

Engels noted that "long before the fortress walls of the baronial castles were broken through by new artillery, they were already undermined by money." Already during the Crusades, some Lords began to demand money from their subjects instead of natural products (that is, peasant labor products) so that they could gain access to the various luxuries and exotic products that this trade was offering.

But the more lords demanded money rent from their tenants, the more both sides became dependent on cities. Previously, the feudal estate was a self-sufficient unit, combining both crafts and agriculture. The growth of cities brought with it more specialized products, such as tools and fabrics for the masses, as well as silk for the nobility. Out of this growing division of labor, new relations arose between rural peasants and the bourgeois in cities - commodity-mediated relations.

The fourteenth century represents a point of no return in the struggle to maintain serfdom, which was already in decline in most of Europe. The crisis caused by the "black death", which reduced the population of Europe by at least a third, did not in fact strengthen the Lords against the peasantry, but gave the peasants themselves greater trading power. The answer of the Lords was an attempt to establish the legal maximum wages of workers and crush the peasantry with taxes, the most notorious example of which was the poll tax.

The result was the peasant uprising of 1381, which, in alliance with the poorest layer of the London masses, took the form of a national uprising. Despite the brutal suppression, this revolutionary movement was successful on two fronts: there was no further collection of the poll tax (before Thatcher’s ill-fated attempt to resurrect it) and serfdom in England was practically destroyed. This influenced the social structure of England. Now the feudal nobility, increasingly dependent on monetary rent, was completely exhausted; independent small peasants were increasingly moving to cities, where they became workers in urban factories, and the bourgeoisie began to grow in cities.

The decline of feudalism gave a powerful impetus to the production and exchange of goods. The developing division of labor between the craft industry in cities and agriculture has created a growing demand for goods of all kinds. And this demand has been fueled by an increasingly complex and powerful network of commercial routes through Europe and the Mediterranean Sea.

Complicated legal instruments, such as insurance contracts for trading companies, have been introduced in Italian city-states to cover the risks associated with regular long-distance trading. And along with the growing power of the merchants came the exaltation of “that common whore of mankind”: money. The creation of trading banks in large trading cities in Italy, such as Venice, was originally a response to the needs of commercial “capital”, then became the “spring” of the development of all capitalism, pushing him to great heights.

By the XNUMXth century, the booming commodity economy in Europe had reached what seemed like a natural limit. The production and exchange of more and more masses of goods created an urgent need for money as a means of circulation and payment.

The growing demand for precious metals to power an emerging market could not be quenched by the relatively scarce products of European mines. The result was the infamous "thirst for gold", which pushed European adventurers to search for global robbery, which we now call the period of geographical discoveries.

One particularly bizarre myth associated with this period is that it arose as a result of some unique European spirit of exploration and adventure. This would certainly come as a surprise to Chinese and Arab scholars of that period.

Wherever Europeans landed, they found new wealth to bring them home and sell with huge profits. Like old Midas, everything they touched turned into gold, which led to catastrophic consequences for the natives they encountered. Marx notes (in Capital, vol. 3) that

"merchant capital, when it occupies a dominant position, everywhere advocates a robbery system, so its development among the trading nations of the old and new times is always directly related to robbery, piracy, the abduction of slaves and colonial conquests."
Nowhere is this more visible than in the period after the discovery of the New World.

On August 3, 1492, Christopher Columbus left the Spanish port of Palos. His goal was to reach Asia, sailing west through the Atlantic. Instead, on October 12, he stumbled upon the Bahamas and the people who inhabited them.

Historians estimate that in 1492 there were 1 million Indians in the Bahamas. 56 years later, only 500 of them remained.

It became a model for colonizing the rest of America. Destroyed by unknown diseases (sometimes intentionally), sent to early death in poisonous mines, almost 100 million people were sacrificed to the altar of commerce. At the cost of their lives were 100 tons of silver exported to Europe from Latin America between 000 and 1492.

Then, as now, the advocates of this genocide pointed to the advantages of European freedom, which were forcibly imposed on the natives. One such godly servant of God, Archbishop Lin-i-Cisneros, explained:

"The truth is that they are hiding in order not to pay tribute, abusing the freedom that they enjoy and which they never had under the Incas."
But these European liberators did not just liberate the indigenous population from their lives and treasures; each place of human sacrifice (in the form of mines and mines) became a new link in the chain of a growing world market, requiring intensification of production in the most barbaric ways. As the native Caribbean population declined, and the mines ceased to satisfy the needs of the merchants, African slaves and sugar plantations, first tested by the Portuguese on Cape Verde, took its place.

Instead of developing production at a higher level, the initial achievement of the world market was the expansion and intensification of slavery of the old times on an ever-expanding scale. By the end of 1853, between 12 and 15 million Africans were transported to the territory of America, of which 2,4 million died on the way.

This horror was an integral part of the early development of capitalism. This did not escape the attention of Marx, who emphasized (in Capital, vol. 1):

"The discovery of gold and silver in America, the extermination, enslavement and burial in mines of the indigenous people of this continent, the beginning of the conquest and plunder of India and the transformation of Africa into a reserve for commercial hunting for blacks - all this characterizes the dawn of the era of capitalist production."
Nevertheless, this period appears before us in one respect as a huge contradiction. On the one hand, we see a developing world market with constantly expanding production and exchange of goods, but on the other hand, the methods used to produce these goods remain nothing more than strengthening the previously existing forms of exploitation to a painful degree.

We are in Yandex Zen
The world we leave, the world we enter, and the world between them
What you didn't want to know about England
66 comments
Information
Dear reader, to leave comments on the publication, you must to register.