What happened in Syria: media write about the loss of 4 officers of the FSB of Russia 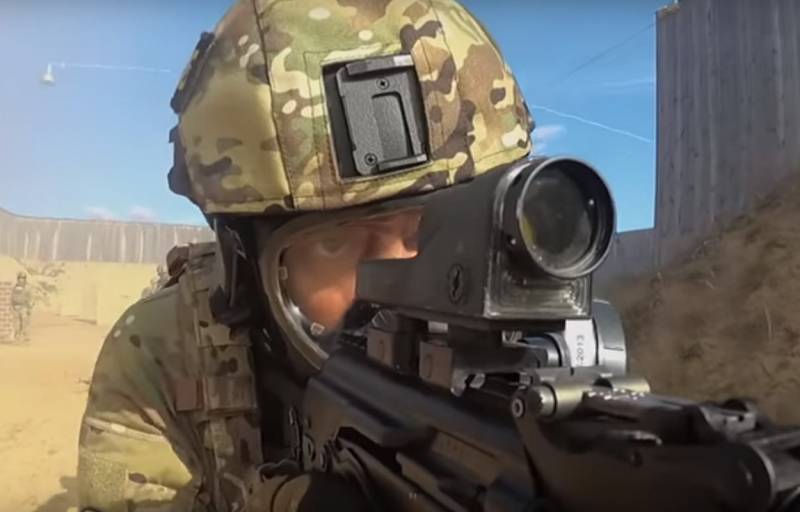 A number of Russian media outlets disseminated information about the death in Syria of four officers of the Center for Special Purpose (TSS) of the FSB of Russia. Officially, the loss of military personnel has not yet been confirmed.


The news of the death in Syria of four officers appeared on Sunday February 2. He was the first to distribute the Telegram channel “Special Purpose Channel”, specializing in covering the activities of law enforcement agencies. The Russian commandos allegedly made up 2 pairs of snipers, who were supposed to act together with the Syrian government troops.

The channel reported that on Saturday, February 1, 2020, a car with FSB FSB officers came under mortar fire in the Aleppo area. Then, on another Telegram channel, information appeared that a car with special forces had been blown up by a land mine, after which the Russians fought the terrorists and died with weapons in hand.

All officers acted in Syria as part of a combined unit that solved the tasks of combating terrorists. Spetsnaz units with the support of the Russian Aerospace Forces managed to evacuate the bodies of dead soldiers. The Reverse side of the medal channel published mourning photos of officers of the Central Security Service of the FSB of Russia. Recall again that there was no official confirmation of the death of these officers. 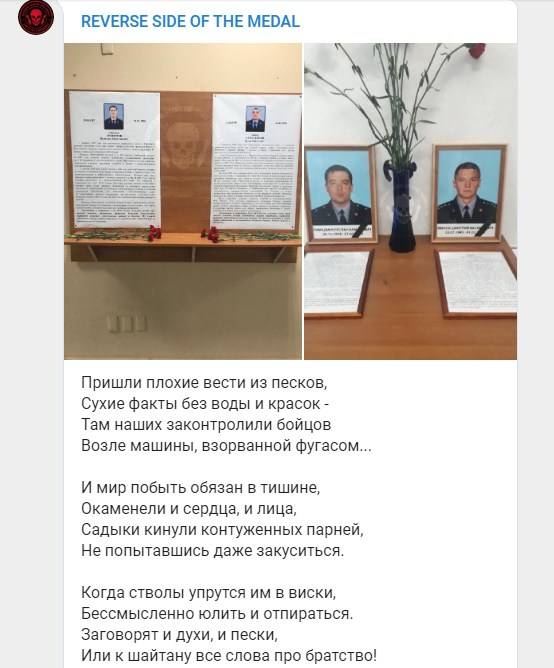 According to unconfirmed reports, the terrorists who attacked the car with Russian military personnel were fighters of one of the pro-Turkish armed groups operating in the area. The numerical advantage of the militants did its job, and Russian officers could not win an unequal battle. According to one of the widely spread versions, the Russian military died as a result of the fact that they were literally abandoned by the retreating Syrian troops.

It is known that at present, to the west of the city of Aleppo, Syrian government forces are attacking opposition armed groups. The militants, in turn, are actively supported by the Turkish side. At least, President Recep Erdogan has already announced the death on Sunday in Idlib of the Turkish military as a result of shelling of their observation post by Syrian soldiers. According to the Turkish president, in response, Turkish army personnel attacked the positions of the Syrian government forces.

Note that relations between Russia and Turkey have recently intensified again. Despite the declared friendship between Vladimir Putin and Recep Erdogan, Ankara openly accuses Russia of two serious violations at once: sending mercenaries to Libya to support Marshal Khalifa Haftar and disrupting peace agreements in Syria, where, according to the Turkish side, the Syrian government forces are attacking the opposition with the direct support of the Russian military.

Amid a marked deterioration in relations with Russia, Recep Erdogan visited Kiev, and shortly before his visit to Ukraine, he did not forget to recall that Turkey considers the reunification of the Crimean peninsula with Russia as an “illegal annexation”.

We are in Yandex Zen
Situational analysis of the death of the MH17 flight (Malaysian Boeing 777), made on the basis of engineering analysis from 15.08.2014
Syria: Americans scare themselves, and Asma Asad buys chairs
183 comments
Information
Dear reader, to leave comments on the publication, you must to register.