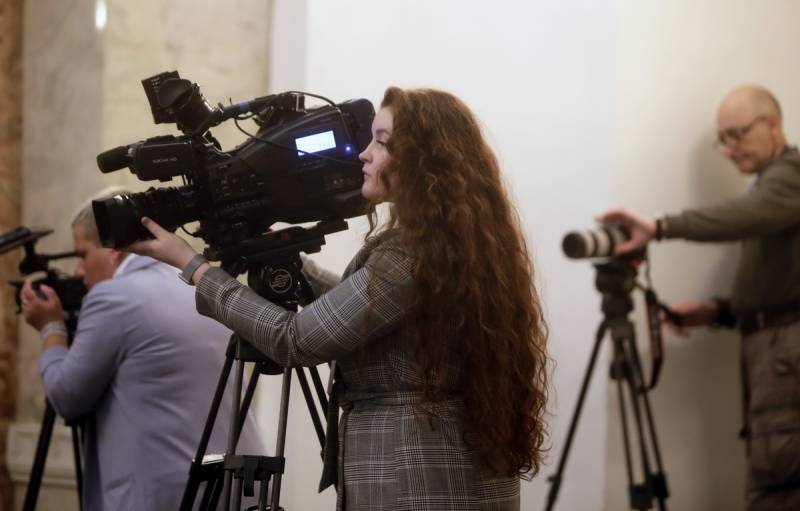 If this article in the new edition of the Administrative Code of the Russian Federation is adopted, then the Russian media, and indeed the public, space as a whole, can expect very serious changes.

So, firstly, in modern society, you can “pull up” anything under an unregistered mass media. There are many sites, every day there are new and new electronic resources, pages and communities in social networks. There are informative messenger channels. Network communication and freedom of dissemination of information are some of the key criteria that distinguish modern society, and any attempt to counter them is the fight against windmills.

Secondly, the imposition of fines for the dissemination of information of unregistered media literally paralyzes the work of information resources, which at least claim independent coverage of data, allowing the reader to make a conclusion.

A significant segment of news content today is scooped on social networks, that is, from sources that do not have registration as mass media. In addition, there are translations, reposts of materials posted in foreign media. There are links to blogs of individuals who are also not registered media, but in fact perform similar functions.

By the way, the legislative proposal also applies to reposts of foreign media, therefore a citizen who reposted an article of a foreign publication on his social network page, in case of amendments, apparently also runs the risk of a fine.

Legislative novation will create impossible conditions for the full functioning of the registered media. After all, in fact, any media will be forced to publish exclusively official information or simply avoid citing third-party sources.

And the consequences will be twofold. On the one hand, the quality of the content will drop sharply: many media outlets risk becoming an analogue of the Soviet-era Pravda newspaper. There will be one - the only newspaper with the right course of "party and government", though in a hundred or more roles: there are a lot of de jure media, and de facto there is only one approach.

The second consequence is that the majority of the media will not comply with the new law. Just like street vendors do not comply with the rules of trade, or how the law on banning smoking in public places is not respected. It will be easier to pay a fine than to reduce your audience, reduce your popularity. But a law that does not work, by its very existence, discredits the entire legal system of the state, since it once again demonstrates the well-known axiom: "The strictness of laws is compensated by the non-bindingness of their implementation."

The fight against the dissemination of fake and anti-state information should be waged, but it cannot become the main course in the state’s information policy. And even more so, it should not restrain social and technological progress, prevent the emergence of new sources of information and knowledge, broaden the horizons of citizens and deepen their ideas about socio-political processes.

People who consider themselves patriots would like to say that such restrictions will affect all mass media, including those of a patriotic orientation, if they are not included in the "circle of favorites." Do not think that the restrictions are directed only against the pro-Western, “liberal” segment of Russian politics. It is much more important for the government to stop growing dissatisfaction with economic and social policies and with the situation of Russians and Russian speakers in the post-Soviet space (and in a number of Russian regions). Therefore, patriotic media will become an equally likely object of nit-picking and harassment.

Such bills from the “unfree word” series can lead to far more serious consequences for the Russian state and society than thousands and hundreds of thousands of reposts from the foreign press combined. In the XNUMXst century, such measures to control inappropriate content testify to a systemic crisis in the approach to freedom of speech, to the inability to regulate moods in society by other means than prohibitions and repressive measures. For our opponents in the West, such measures can only give another reason to accuse Russia of violating democratic rights and freedoms.

We are in Yandex Zen
Situational analysis of the death of the MH17 flight (Malaysian Boeing 777), made on the basis of engineering analysis from 15.08.2014
Taking over foreign experience ...
104 comments
Information
Dear reader, to leave comments on the publication, you must to register.