Belarus: is there life after the “father’s”? 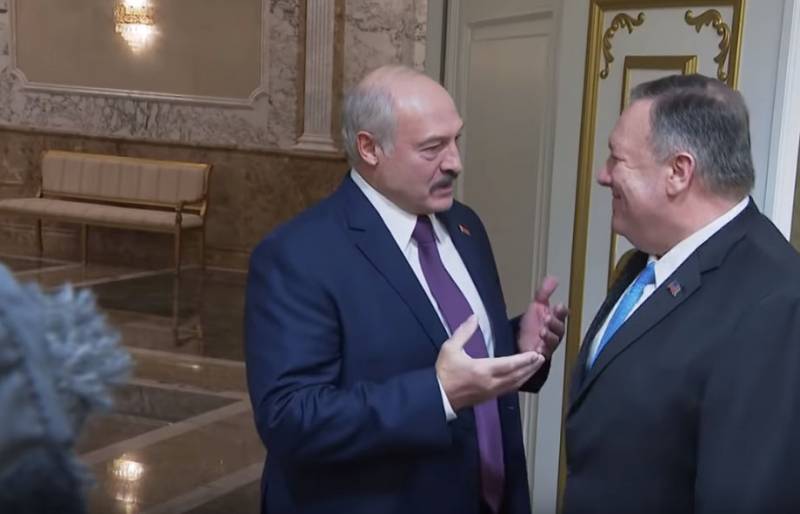 By his thoughtless actions aimed at further preserving the eternal and undivided rule of Belarus, its president Alexander Lukashenko brings exactly the opposite result: his own withdrawal from power. After the fact that he had almost completely accomplished the destruction by his hands of the real prospects for the creation of the Union State, it was time to think hard about what awaits the country, the independence and sovereignty of which it cares about in words. It is high time for Belarusians to ask questions about whether there is life after the “father” and what it can be.


Accepting Secretary of State Mike Pompeo in Minsk and flirting with him (“Look at our“ dictatorship ”), Alexander Grigoryevich proves only one thing: his own inability to learn the latest stories. The fate of every single authoritarian ruler branded by the “progressive world community” with the low honor of dictators who wished to come to an agreement with the “collective West” and above all with Washington was not just sad, but tragic. The times when the United States, grimacing with disgust, endured personalities like Franco and Pinochet, seeing in them reliable balances of "world communist expansion", have long passed. Slobodan Milosevic, Muammar Gaddafi and especially Saddam Hussein could tell a lot about this. But they will not tell for completely understandable and well-known reasons.

In the “new Belarus”, which the West today is determined to build on the ruins of a union that has not yet become something of a real alliance between Moscow and Minsk, nobody needs a “father” in any form or status. It suits Russia, it is the Kremlin that suffers its demarches, time after time trying to exhort and without interfering in internal affairs. You can’t expect anything like this from the White House. In his extremely tight schedule, Mr. Pompeo took the time to meet with the Belarusian “democratic opposition”, who correctly accepted this gesture and immediately perked up. The Secretary of State’s promised early appointment of a plenipotentiary ambassador to Minsk means, first and foremost, that the US diplomatic mission there will open its doors for candidates to “look” for just that chair for which Lukashenko is so frantically clinging.

Given the local specifics and national characteristics, without the "Maidan", perhaps, it will cost. In this land of frightened sovereign husbands who do not have a true idea of ​​the likelihood of the Americans fulfilling their promises, most likely, those who calmly “surrender” Alexander Grigoryevich will find themselves in his closest circle. In the highest echelons of power - that’s for sure. Well, then specially trained employees of the same embassy will slowly remove them from the stage to put on key posts their own, verified, well-fed and trained staff in the USA. Some crumbs will go to the local "zmagars" - so that they more diligently praise the "fall of totalitarianism" and the "coming of the era of democracy." In the end, do not import all the "elders" from across the ocean. Its enough satiated.

The political “field” of Belarus is “unrolled”, “leveled” and “rammed up” by the “father’s” bulldozer no worse than beautiful roads in the same country. Not a single conditionally “anti-Western” or “pro-Russian” force capable of withstanding this scenario today exists in nature, just as they did not exist, by the way, in Ukraine in 2013-2014. Alas, in advance that they were, we did not bother, but now it's too late. If suddenly there are desperate heads who will try to come to their senses to recoup the situation, trying to save the country from the fate of another American colony, then ... Several hundred citizens of Belarus have already passed through the war in the Donbass on the side of Kiev, and as part of the "national battalions". So the appearance of their “Right Sector” (in the ranks of this organization, which was banned in the Russian Federation, in Ukraine there were a whole tactical group of Belarusians) or some “National squads” that could provide reprisals against the “quilted jackets” is quite real. Unless, of course, those will be in demand and acceptable to Western owners.

Of course, Moscow and Minsk today have certain agreements in the defense sphere, but if events continue to develop in the same vein as now, or if the change of power takes place in Belarus “from above”, peacefully and without bloodshed, they can be denounced before our country has time to react to what is happening. And then "peacekeeping forces" from neighboring Poland or the Baltic countries will enter the country, and our troops stationed there will be asked for a way out.

Economy of Belarus? Today, it is based, in fact, on two "pillars" - Russian and Chinese. The final hit of Minsk into Washington’s orbit will mean curtailing cooperation in both areas. Pompeo can promise Belarusians “100% oil supply”, investments, development and even “the arrival of American enterprises” as much as they want. Here is just an example of neighboring Ukraine, which at one time was promised even more, perfectly demonstrates how it will actually be. Life after Lukashenko as the head of state and the breakup he created with Russia, of course, will be. The question is which one. The same West can no longer leave the right to traditional "multi-vector".

We are in Yandex Zen
Lukashenko gave a detailed interview to Russia Today journalists
Arm wrestling on the Belarusian table: Shushkevich, EU and NATO against Russia
106 comments
Information
Dear reader, to leave comments on the publication, you must to register.