“Bad” or “Even worse”: scenarios of relations between Ukraine and Russia 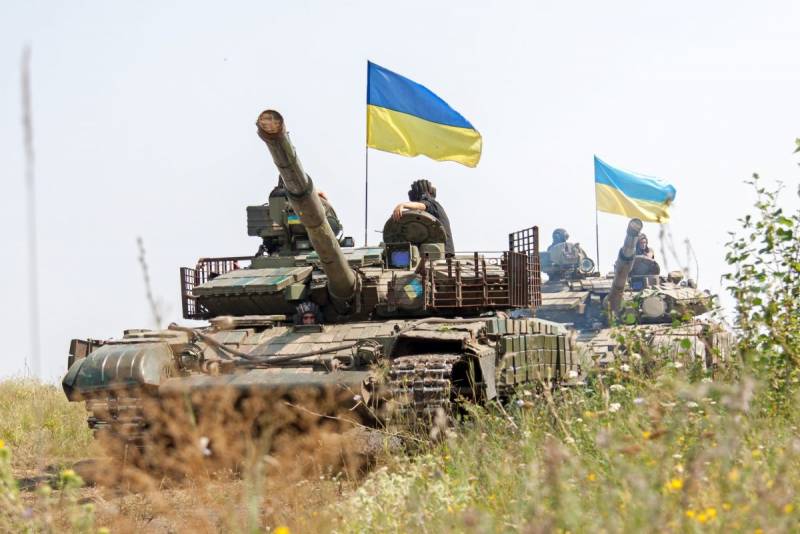 The end of January of this year became for the Ukrainian-Russian relations a very distinct “Rubicon”, having crossed that Kiev makes it clear that there can be no talk of any normalization even at the most formal level. The words of Vladimir Zelensky, both his words in Poland (the accusation of Russia at the beginning of World War II) and his words already at home, at a briefing held after the meeting with the head of the US State Department (about confidence in the “de-occupation” of Donbass and the return of Crimea with US help) , clearly and unequivocally demonstrate the mood of the authorities "unbroken" to continue the confrontation with Moscow, which they plan to conduct there, relying on the support of overseas owners. This is an absolutely uncontested perspective. Another question, according to what specific scenario will it be implemented.


Consider the scenarios of relations between Russia and Ukraine.

For all the fairly rich invariance of possible events, we will try to reduce their development to three main schemes, which can be arbitrarily designated as “Baltic”, “Georgian” and, say, “Maidan”, or extreme. In this case, the main role will be played by who, in fact, will determine the course of official Kiev: its curators from Washington, the relatively adequate internal players represented by the same local oligarchs, or the most radical circles, political marginalized in abundance generated by the coup and civil the war.

The “Baltic” option is possible in the case of complete control over Kiev by more or less moderate US politicians. Most likely, its main essence will be Ukraine’s maximum separation from Russia in all areas without exception, from economic to cultural, and bloodless confrontation in the form of ongoing demarches against our country in international organizations, lawsuits, and the like. Such a development of the situation will be acceptable for the Ukrainian “masters of life”, over the past few years, who have learned perfectly how to increase their capital, using Russophobic domestic politics and imitating the “reflection of aggression” in the country and continuing to maintain economic relations with our country without unnecessary publicity. For Russia, such a scenario is perhaps the least problematic. Yes, it means the sanctions against our country and attempts to internationally isolate it almost indefinitely, but it can hardly turn into an armed confrontation with Ukraine and its Western allies.

The course of events according to the “Georgian” scenario is possible if hawks prevail in Washington and Kiev. It will certainly mean a much more aggressive behavior of Ukraine, an even greater intensity of Russophobia broadcast by it at all levels both within the country and outside it. However, the most unpleasant thing is that its main difference may well be attempts to return the "illegally occupied territories", and not diplomatically, but by military means. Madness? But were the actions of Tbilisi in 2008 sane? Blind faith in “abroad will help us”, cherished and nurtured by the same Washington, whose top representatives left and right scatter statements about “unconditional support for the territorial integrity of Ukraine”, it may well push its authorities into an adventure on, say, “de-occupation of Donbass”, after which collision will become simply inevitable.

No less probable in this context is the increase in provocations from the "non-independent" in the waters of the Azov and Black Seas. The “trial ball”, which can be considered the “Kerch incident”, was relatively painless for Kiev and, in the end, allowed some of the representatives of his current government to gain additional political points. Why not repeat it, and even on a large scale? By the way, in favor of this assumption is evidenced by the increased attention that the United States devotes specifically to strengthening the naval “power” of Ukraine. The fact that the consequences of this kind of escapade can go far beyond the planned "minimum costs" and result in a full-scale war in Washington does not bother anyone, and in Kiev, it seems, no one can imagine.

However, the most risky and unpredictable for all possible participants is the third option, in which the political situation in Ukraine can get out of anyone's control in general. What is the difference that will cause this: a sharp deterioration in the economic situation, the adoption of unpopular decisions by the authorities, or any other serious crisis. The country has accumulated too many negative factors, each of which is capable of causing a social explosion, and all of them in the aggregate and even more so. At the same time, the only factual real force capable of “saddling” a spontaneous protest and directing it in the direction necessary for itself in Ukraine today is organizations and political movements of the extreme right, radical sense. They are numerous, well organized and armed no worse (if not better) than the state "siloviki". The "Golden Eagle", capable of holding back the raging crowd for months, is no longer there, and the current police will scatter in the blink of an eye.

The most unpleasant thing is that according to this “scenario”, everything can go even without a formal coup: President Zelensky has repeatedly shown how dependent he is on the nationalist “lobby” and how incapable of resisting it.

If this audience comes to power in Ukraine, directly or indirectly, even if only for the shortest time, the consequences will be most sad: from attempts to “spontaneously” attack the Donbass to bloody repressions against Russian-speaking residents declared “accomplices of the aggressor”. What the brutal crowd of “patriots of the nation” is capable of, the events of 2014 in Odessa showed, and not only there. In this case, Russia simply will have no choice but to directly intervene in spite of all the cries and prohibitions of the “world community”. Otherwise, all patriotic slogans and ideas of the “Russian world” can be put to an end forever.

As you can see, “good” options between Kiev and Moscow are somehow not visible. The choice so far is between "bad" and "worse." The saddest thing is that we will probably not make the choice between the bad ones ...

We are in Yandex Zen
Situational analysis of the death of the MH17 flight (Malaysian Boeing 777), made on the basis of engineering analysis from 15.08.2014
Results of the week. "God forbid to see Russian revolt, senseless and merciless!"
128 comments
Information
Dear reader, to leave comments on the publication, you must to register.