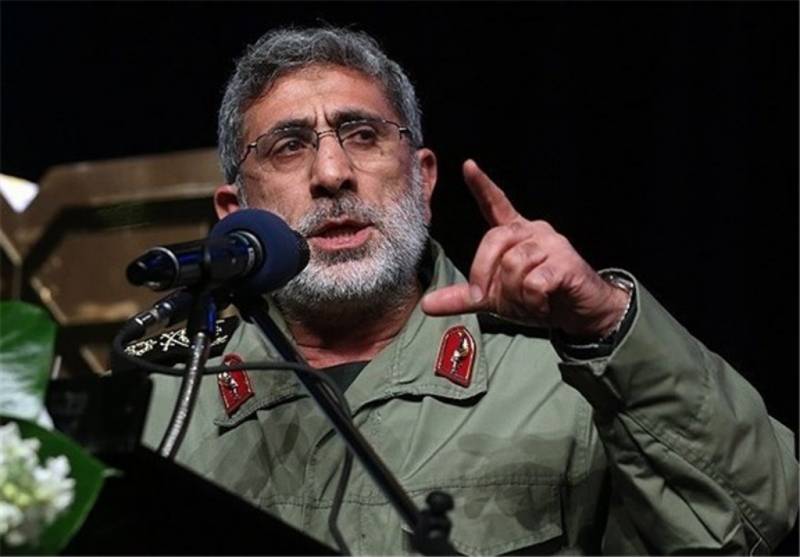 General Esmayil Kaani, who took the post of Commander of the Quds Forces of the Islamic Revolutionary Guard Corps instead of the killed by the Americans Kassem Sulejmani, spoke on the phone with Ziyad al-Nahhal, the head of the Palestinian Islamic Jihad movement *, and Hamas Ismail, the head of the Politburo.


This was reported by the Iranian news agency IRNA.

The conversation took place on Saturday evening. The main topic of discussion was the support by the Islamic Republic of the anti-Israeli resistance of the Palestinians. Kaani told the interlocutors the following:

The general believes that the reason for the "deal of the century" proposed by Donald Trump to the Palestinians was precisely the killing of Kassem Suleimani. He assured the interlocutors that the forced change of the head of the Quds unit would not affect the policy of the Islamic Republic in relation to the Palestinian resistance.