US Media: US Forces Prepare for Winter War 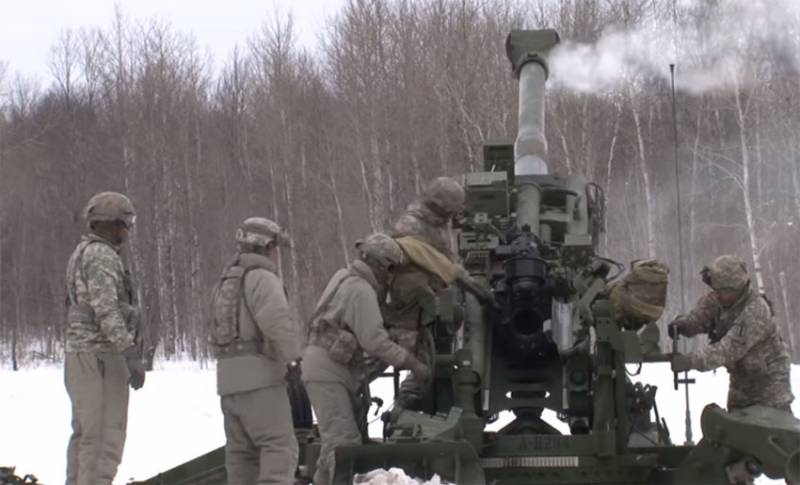 In the United States, they decided to conduct exercises in climatic conditions, which were attributed to winter. The military personnel of the 1st battalion of the 120th field artillery regiment of the National Guard of Wisconsin were involved in the exercises. The exercises were held at Grayling Camp (Michigan).


The command of the U.S. National Guard regiment noted that during the exercises, attention was paid to two main things: the actions of military personnel at low temperatures during training and combat operations, as well as how technical staff (service men) ensured the readiness of military equipment.

In the American press, articles on conducting exercises of the National Guard in Michigan came out under high-profile headlines about "preparing US forces for the winter war." The exercises themselves were called "Winter strike."

According to the press service of the National Guard of the United States, "winter training of combined combat groups is very important to increase the level of interaction in difficult climatic conditions."

This allows us to conclude on the degree of understanding between departments, to increase the level of interaction. This is a great prospect for this kind of joint maneuvers in the future, for various options for the “Winter strike”.
During the exercises, firing from 155-mm howitzers M777A2 was carried out.

Armaments did not disappoint. Shooting was carried out in harsh conditions: wet snow, icy rain, gusty wind.
In fact, the weather in Michigan is hardly truly winter and harsh. So, in the last few days in the administrative center of this state - the city of Lansing - the thermometer rose to +8 Celsius.
Ctrl Enter

We are in Yandex Zen
Reports from the militia of New Russia for 27-28 September 2014 of the year
Yuri Drozdov: Russia prepared the role of the sacrificial calf
80 comments
Information
Dear reader, to leave comments on the publication, you must to register.