The latest Russian UAV “Okhotnik”: why it was created and why it is feared in the USA 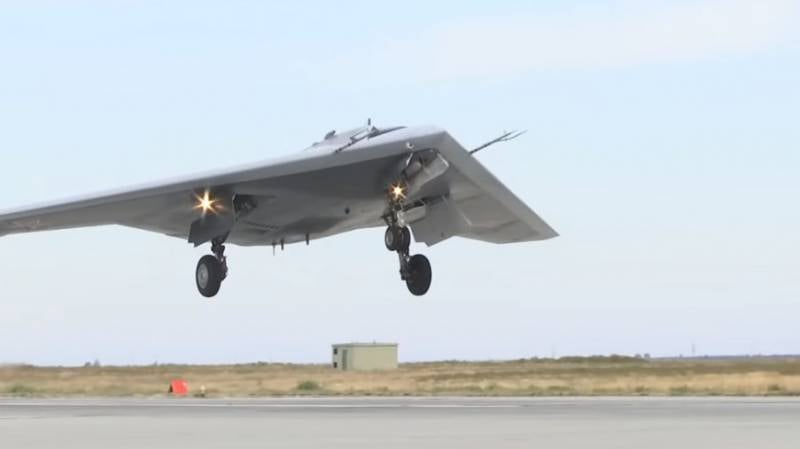 
Recall that the S-70 “Hunter” is developed by the company “Sukhoi” as a heavy shock unmanned aerial vehicle or, more simply, an unmanned bomber. The Russian military department ordered work on the UAV back in 2012, and on November 23, 2018, the UAV began to move along the runway.

Information about the new UAV is far from complete. Open sources report that its weight is about 20 tons. Technologies for reducing radar visibility make it less vulnerable to enemy air defense equipment. The stealth allows the "Hunter" not only to carry out strike missions, but also to carry out reconnaissance functions, as well as engage in electronic warfare.

The first flight of the Hunter took place on August 3, 2019 and lasted about 20 minutes. A significant date was chosen - just during the official termination of the Treaty on the Elimination of Intermediate-Range and Shorter-Range Missiles between Russia and the United States. Naturally, the trials of the "Hunter" are actively reacted in the United States of America.

In January 2020, the American press published detailed assessments of the development of the new Russian drone. Thus, The National Interest magazine claims that the first flight of the “Hunter” in August 2019, Russia demonstrated to the United States the presence of such devices that are capable of carrying out unexpected attacks on enemy targets.

It turned out that in the US, most of all fear that high-precision nuclear bombs or cruise missiles can be mounted on a drone. This will make the S-70 really deadly. weapons. At the same time, foreign experts highlight certain shortcomings of the new Russian drone, which, in their opinion, can become a significant problem with its full operation.

Firstly, this is the autonomous operation of an unmanned aerial vehicle, secondly, a low combat load of no more than 2 tons, and thirdly, the “Hunter” visibility from the tail. By the way, this problem, according to American experts, is related by a drone to a fifth-generation Su-57 aircraft, the manufacturing technologies of which were also used in the design of the drone. The situation for the “Hunter” would have changed a flat nozzle, but so far this option is only on the layout. 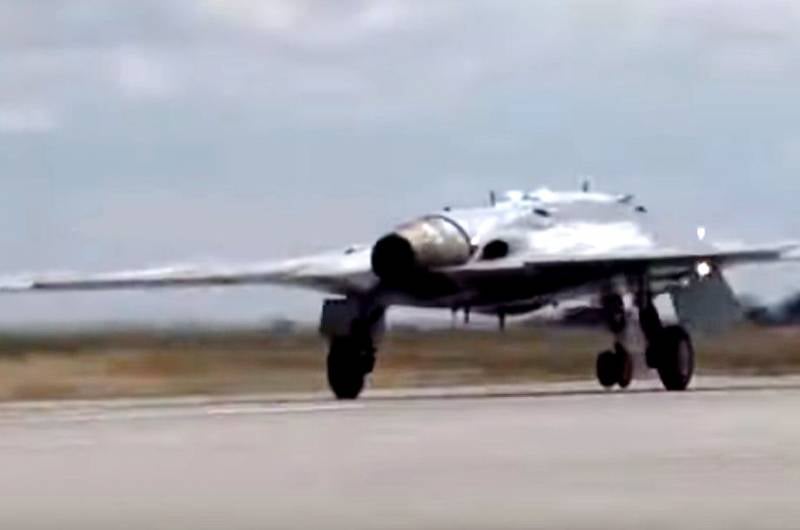 It seems that the small combat load of the unmanned aerial vehicle will subsequently force the military to reconsider its purpose. Already now more and more often they have begun to call the “Hunter” not so much a percussion device as a drone intended for reconnaissance and electronic warfare. Penetrating into the airspace of the enemy, the S-70 will be able to interfere with missile and air defense systems and open the "path" to missiles.

The creation of the "Hunter" in any case will bring undoubted benefit to the Russian Armed Forces. After all, our country is also mastering the areas in which the USA still leads - it is the American armed forces that use the largest number of unmanned aerial vehicles, they pay special attention to the Pentagon defense programs.

The presence of a drone capable of conducting effective reconnaissance operations will greatly help our country solve numerous problems in local armed conflicts. For example, in the same Syria, there was a sharp shortage of such devices.

The question now is how quickly they can modify the UAV and transfer it to mass production. But much depends on whether the Russian government can find funds to finance the creation of the proper number of such unmanned aerial vehicles and how efficiently these funds will be spent.

We are in Yandex Zen
Situational analysis of the death of the MH17 flight (Malaysian Boeing 777), made on the basis of engineering analysis from 15.08.2014
Results of the week. “In our cooperative, the board is always agreed”
90 comments
Information
Dear reader, to leave comments on the publication, you must to register.