RF ratified the protocol on accession to the WTO 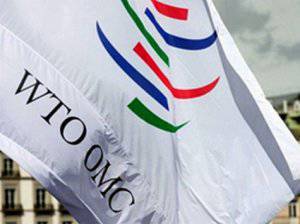 The President signed a draft law on Russia's accession to the WTO. This means that our country will become a full-fledged member of the organization at the end of August, said RG professor at the National Research University Higher School of Economics, director of the Information Bureau for Russia's WTO accession, Alexey Portansky.

RG: What steps should be taken after the signing of the bill on Russia's accession to the WTO?

Alexey Portansky: Now in Geneva, where the headquarters of the WTO, will be sent a notification of the completion of the procedure for ratifying the protocol of accession. According to the rules of the World Trade Organization, we had to do this within 220 days from the date of the official admission of Russia to the WTO, which occurred on December 16 on 2011. That is, until July 23. The document can be sent to Geneva both by letter and by fax. After 30 days after its receipt, the country becomes a full member of the WTO, of which a notice is posted on the organization’s website. So, if the document goes by fax, we can become a WTO member before the end of August.

RG: What does this mean?

Alexey Portansky: From this point on, all the obligations signed by our country come into force. On the other hand, we get the right not only to attend WTO events, as it has been until now, but we also gain the right to vote. That is, we begin a full-fledged work in the organization. And this is the full participation in the Doha round of trade negotiations that has been going on for many years, and participation in all kinds of commissions and committees of the WTO.

In the framework of the WTO, we will be able to solve a number of tasks to ensure our trade and economic interests. And this is purely practical work, which is aimed, among other things, at lifting restrictions on the export of Russian goods. And also to influence the development of new documents, agreements.

RG: What obligations undertaken by Russia will take effect immediately?

Import duties on pork and live pigs should also be reduced immediately. On pork, they are reduced to 5 percent, on live pigs - to zero. But for most products, the reduction of duties will begin with the beginning of the transition period, that is, not earlier than the autumn of next year.

RG: How should state support measures change after joining the WTO?

Alexey Portansky: It is not allowed to use subsidies to support exports, import-substituting subsidies. We do not have many, but they are. And they must be reformatted into support measures permitted by the WTO.

Currently, the government continues to develop measures to reduce the risks of accession to the WTO.