Results of the car market-2019: thousands of Russians decided to hold off with new cars 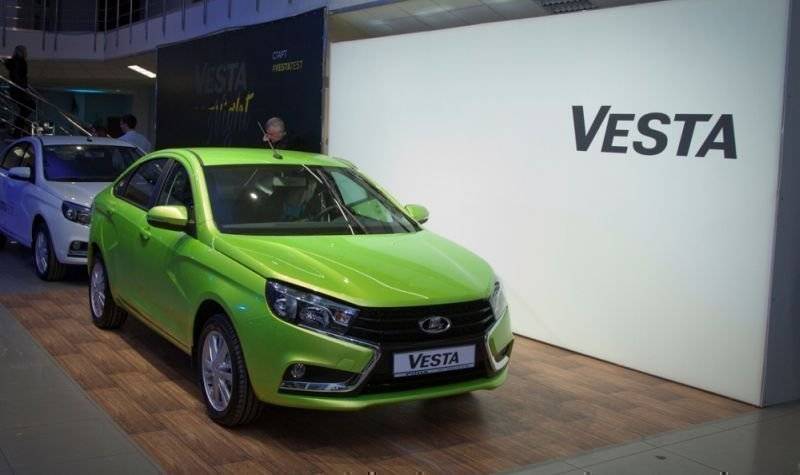 The Association of European Businesses (AEB) summed up the results of new car sales in Russia in 2019 and came to a disappointing conclusion: the Russian car market fell by 2,3%. Car sales have been declining since April. From January to December, 1 million 760 thousand new cars were sold compared to 1 million 801 thousand in 2018.

Some have growth, others fall

In December, however, the market revived and showed growth of 2,3 percent. During this month, 179 thousand passenger cars and light commercial vehicles were sold instead of 175 thousand a year earlier. Experts explained the December spurt simply.

Since January 2020, an additional recycling fee has been introduced, which raises the cost of a budget car by about 50 thousand rubles. For poor Russian consumers, this amount seemed substantial. They preferred to buy a new car in December without any additional price burden.

The market leader is still Lada. Demand for it rose by 1%, to 362 thousand cars. The increase was given by the Grant and Vest models. Largus and XRAY showed a minus, which can be explained by their higher price over other models of the brand with similar options.

The top three included Korean Kia and Hyundai, which sold 226 and 179 thousand cars, respectively. “Koreans” managed to maintain sales in 2018. Experts explain the stability of Korean brands in the Russian market by acceptable price-quality ratio, reputation and good advertising for consumers.

The market’s surprises include the steady growth in sales of Renault and Skoda brands. The first has grown by 2018 by 6%, to 145 thousand cars. The second increased its sales by 9% to 89 thousand cars. There are two reasons for this result. Firstly, Ford left the market in this price segment; it showed a 43% drop and freed a niche for competitors. Secondly, the localization of Skoda Kodiaq spurred its sales.

By the way, thanks to local production in Russia and the EAEU, high growth (three to four times) was achieved by Haval and Geely. However, they still do not make the weather on the market, taking a modest 20 and 21 places in the sales ranking with the result of 12284 and 9602 cars sold.

The Russian fleet is still spoiled with dirty engines

Summing up the results of 2019, AEB gives a disappointing forecast for the year 2020. The market will again go negative by the same 2%. Other experts draw quite pessimistic scenarios - a five or even ten percent drop in sales.

However, the forecast of these experts, made last January, came true exactly the opposite, therefore, we will adhere to the AEB estimates. Last year’s forecast was generally confirmed in the year’s results.

Another drop in sales is fraught with further aging of the Russian fleet. According to expert estimates, he has now reached 53 million vehicles. Five years ago, the number of imported cars exceeded the domestic fleet.

Since then, this indicator has ceased to attach particular importance. Since the market has undergone major changes. Foreign car assembly came to Russia, then full-fledged production. For example, at Hyundai plants in the Leningrad Region and VW in the Kaluga Region, a full production cycle with a high level of localization has been mastered.

Ahead of all - Renault Logan assembled in Moscow. It consists of two-thirds of the details of Russian production. In fact, today it is a Russian product. If we take the top models of the Lada, on the contrary, they are crammed with import units under the hood, absorbing the price of the manufacturers of these units.

In this regard, experts now evaluate the fleet in terms of the ratio of old and new cars, the environmental friendliness of their engines. Autumn RIA "News", Referring to the data of" Avtostat ", made this alignment in the Russian park.

“At the beginning of 2019, the average age of the Russian fleet was 13,4 years, while 35% of the fleet was over 15 years old, the share of foreign cars in it was 62%, the share of cars with a diesel engine was only 5%, cars with an eco-class Euro -4 and above - almost 45%. ”
Over the past year, the ratio has not changed significantly, so we can confidently conclude that more than half of Russian cars are spoiled with "dirty" engines. Better situation in Moscow, St. Petersburg, Kazan, the Kuban. Because there is a higher percentage of new cars. The regions are lagging behind these automobile centers, and some are significantly behind.

In recent years, authorities have been talking about introducing restrictions on the entry into the city of cars with an environmental standard below Euro-4, but so far this has only affected used foreign cars imported from abroad. Nevertheless, the fight against global warming will sooner or later lead to restrictions on environmentally friendly transport.

Meanwhile, the renewal of the Russian fleet has slowed. As evidenced by the decline in sales of new cars in 2019 and the pessimistic forecast of experts for the current year.

We are in Yandex Zen
This race cannot be stopped. Arms sales are growing worldwide
Project "ZZ". Good news, Mr. Putin!
131 comment
Information
Dear reader, to leave comments on the publication, you must to register.