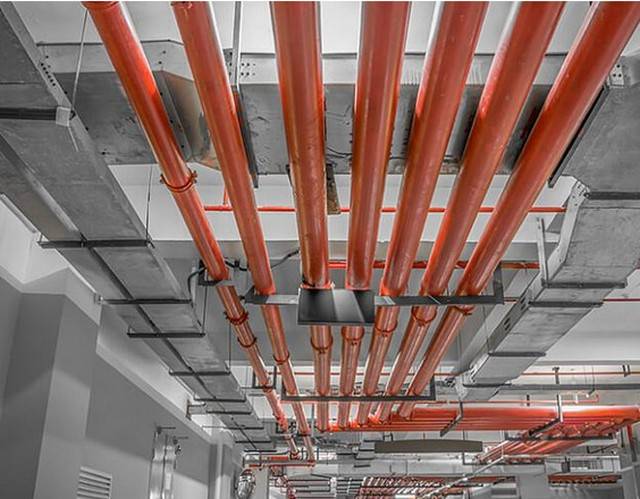 The state of the domestic composite materials industry, as well as the polymer industry closely associated with it, has long become not only a subject for discussion in high offices, but also an Internet meme. The emotional statement by the head of one of the enterprises about what happened at their factory with the production of polymers quite accurately described the state of this industry nationwide. The situation in the composite production closely related to polymers can be characterized in approximately the same way, with the only difference being that the failure in this area was not so deep. By the time the Soviet economy collapsed, the high-carbon fiber industry, or, as they later became known as carbon fiber, took only the first steps. And while in the West, the direction of composite materials was at the peak of its development, domestic industry was concerned with survival issues. Now that composite products are being used more and more widely, the question of “where did the polymers go” is becoming more relevant than ever.


The high-tech composites industry in our country has been virtually destroyed over the past decades. 30 years ago, the main centers for the production of composites were North America, Europe and the USSR. The positions of Europe and the USA over the past decade have been somewhat shaken, including due to the fact that European and American manufacturers themselves moved their production to Asia. At the same time, in China, Japan and other countries of Southeast Asia, their own strong manufacturers appeared. So today the world center for the production of composites is located there.

But what about Russia? In Soviet times, composite plants, suppliers of raw materials and raw materials were scattered across different Union republics. The flagship Soviet composites factory was the Moldavian Moldavisolit in Tiraspol, where all the best technologies, equipment, and specialists flocked. In the 80s, this modern plant at that time provided up to 85% of the demand for dielectrics in the USSR and countries of Eastern Europe. The main products of the plant were materials for the manufacture of printed circuit boards used in electronic equipment. The plant in Tiraspol is still operating, supplying its products, including to Russia. However, the position of the Moldovan enterprise noticeably shook back in the 90s, with the collapse of economic ties between the former Soviet republics. Most of its products are manufactured using Soviet technology.

Even less enviable was the fate of other Soviet manufacturers of composite materials and allied companies manufacturing components: fiberglass, polymer resins, etc. Some of them were redesigned, others just closed. Recently, attempts have been made in various regions of Russia to establish the production of composites and base materials for their manufacture. However, in the vast majority of cases, this is the production of small batches of products most often with the help of Soviet equipment.

Therefore, the Voronezh plant "Lamplex Composite", about the intention to build which the investor first announced about two years ago, can be called the first attempt to establish the production of composites on a serious scale and at a new technological level. Talking about this with a fair amount of confidence can be based on several arguments. Firstly, the project will use the most modern equipment from the German company Aerospace Composites GmbH. In Russia, there is no such equipment anywhere else, and, alas, its own is not produced. Secondly, very influential structures are interested in the implementation of the composite cluster. In particular, the partner of the Lamplex Composite investor in another project was the owner of Reusable Transport Space Systems LLC Sergey Sopov, who previously headed the largest Russian aerospace company S7 Space, which owns the Sea Launch floating spaceport. Now MTKS is developing the first Russian space truck Argo. Especially for this project, MTKS and Voronezh IR Maslovsky (trademark Lamplex Composite) create LLC Aerospace Composite Technologies. Together with the Lamplex composite plant, these enterprises form a whole composite cluster. Thirdly, the cluster being created has already managed to enlist the support of two leading Voronezh universities with competencies in the field of composite materials: Voronezh State University and Voronezh State Technical University. Finally, the investor has already invested more than a billion rubles in the project of only one factory of foil-coated dielectrics, technical laminates and prepregs “Lamplex Composite”. So, as you can see, the stakes are quite high.

What are the chances that composite cluster products will be in demand? Consider this with the example of the first of two enterprises in a composite cluster. Experts estimate the market of only foil dielectrics in Russia at one million square meters per year. Moreover, in the country today they are not produced. According to the CEO of Lamplex Composite, Vyacheslav Kursakov, the enterprise will be able to cover the entire need of domestic enterprises for foil dielectrics and even supply them to foreign markets. However, if we consider composites not as a thing in themselves, but as part of the “puzzle” that makes up the Russian and world economies, then the global meaning of the project is not even in saturating the local market segment, but in its multiplier effect. Do not forget that the start of the production of composites can give an impetus to the development of a number of high-tech industries and create new production chains, often very long and consisting mainly of Russian materials and components.

Composite production is precisely that link in the economy, the restoration of which will have a very serious positive effect. It is easy to predict how the industry can develop from simple to complex. The composites that will be manufactured at the Lamplex Composite plant will be used for the manufacture of printed circuit boards, printed circuit boards, in turn, will become the basis for electronic microcircuits, and the scope of microcircuits is now so wide that it is not possible to describe it briefly. And this is only one direction in which composites are used. But there is also electrical engineering, the production of ultra-light and heavy-duty structures, the scope of which, again, is practically unlimited. But if you go the other way - from complex to simple, then here you can also see a considerable potential for import substitution. For example, for the manufacture of foil-coated dielectrics, these three basic materials are needed: fiberglass, epoxy, and copper foil. And imagine, not one of these components is currently being produced in Russia. Therefore, the Voronezh enterprise will initially purchase them abroad. In the future, it is planned that “Lamplex Composite” will partially produce base materials itself. In addition, it is logical to expect that the start of production of foil dielectrics, technical laminates and prepregs will become an incentive for the creation of other production of basic materials for the composite industry. In the end, the revival of the production of basic materials for composites will develop chemical and mining industries that supply raw materials for the manufacture of these materials. Albeit a small but also positive effect.

But, of course, from all of the above, the most preferred would be the widespread use of domestic composites in the creation of high-tech products of Russian brands. The share of microelectronics in the Russian GDP, according to experts, so far is less than one percent, while in developed countries it can reach its fourth part, the consumption of composite materials per capita in Russia is 15 times less than in developed countries. The reason for this is not only the critical lag of domestic microelectronics from its Western counterparts. It is known that high-tech industries are very sensitive to market conditions. The sharp fluctuations in exchange rates invariably hit Russian enterprises purchasing materials and components abroad. It should be noted that among them are also strategically important states for security. In the case of establishing domestic production of composites in tangible volumes, the country will not only fulfill the task of import substitution in a single narrow segment, but also create the basis for the development of several areas of the economy at once. At the same time, each of them includes many segments and sub-segments, the demand for materials and components in which is still satisfied mainly through imports. In this case, many supposedly "import-substituting" projects will finally become not just designers from imported spare parts, but truly Russian products.

We are in Yandex Zen
About Stalin and Khrushchev
What you didn't want to know about England
62 comments
Information
Dear reader, to leave comments on the publication, you must to register.