The Cambridge Center has diagnosed: "Democracy is sick in the world!" 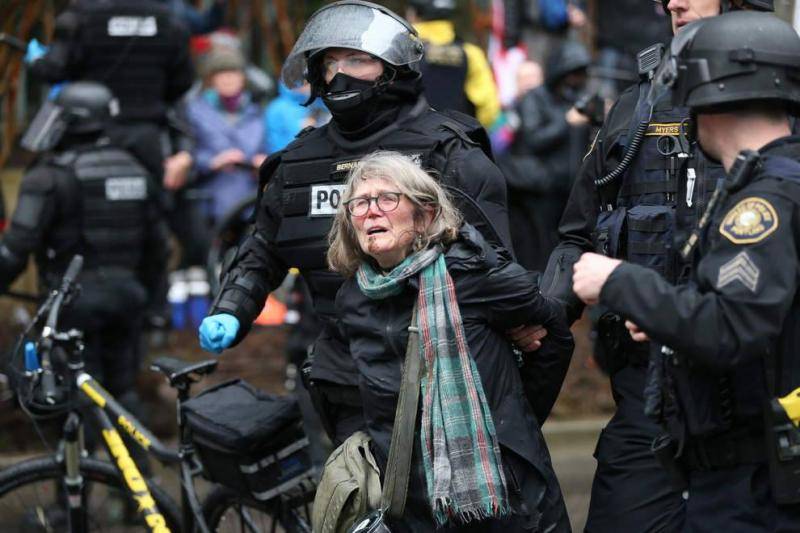 The University of Cambridge Center for Future Democracy conducted a study. People were asked whether they were happy or not with how democracy works in their country.


“The center’s employees,” the BBC reported, “analyzed the largest dataset they estimated: the results of 3,5 polls conducted in 154 countries with the participation of approximately four million people.”

Digital Age Against Traditions of Democracy

Cambridge sociologists have been studying this problem since 1995. Recent research findings have led them to a disappointing conclusion. “Democracy is sick all over the world,” says Roberto Foa, author of the report. “We have found that dissatisfaction with democracy has been growing for quite some time and has reached a historic high, especially in developed countries.”

According to the study, the proportion of people dissatisfied with democracy has increased in the world from 48% in 1995 to 58% in 2019. The worst situation is in the USA and Great Britain. At the turn of the century, 75% of Americans welcomed the democratic system of their country. Now there are less than half such optimists.

In Britain, the mood was broken not so much. Back in 1995, there were 47% of skeptics dissatisfied with the existing democracy in the country. Before the December parliamentary elections last year, their number rose to 61%.

You can understand these moods. The digital age, with its obsessive propaganda, dirty election technology, not abhorring lies, forgery and mass manipulation, has hit hard on traditional British democracy.

The British, accustomed to making their choice according to long-established traditions (some electoral laws date back to 1872), suddenly learned that the current Prime Minister Boris Johnson was elected by as many people as the Wembley Stadium in London can accommodate. Johnson (the leader of the obvious minority) now defines the politics of the entire United Kingdom.

How Wall Street defeated the protest

Researchers at the Center claim that the world's attitude toward democracy began to change after the financial crisis of 2008-2009. People saw how the gap has grown in the state of rich and poor. We realized who provoked this crisis, severe for the world.

At that time, as we recall, American democracy spawned a massive protest movement called Occupy Wall Street (OWS). His goal was to take the streets in the financial center of New York for a long time, in order to draw public attention to the "crimes of the financial elite" and encourage the authorities to structural changes in the economy.

The OWS protest rally began on September 17, 2011 on Wall Street. Its participants captured the Zukotti Park and created a permanent camp there. The authorities reacted favorably to this undertaking. The then Mayor of New York, Michael Bloomberg, said:

“People have the right to protest, and if they want to protest, we will be happy to make sure that they have places to do this.”
Raymond Kelly, the head of the New York Police, also expressed his attitude to the protest. He noted: Zucotti is a public park open for free access 24 hours a day. Therefore, the police cannot prohibit any action there or arrest protesters.

The peacefulness of the authorities did not last long, until October 1. On that day, traffic participants tried to block the Brooklyn Bridge. Now the police acted decisively. Immediately arrested 700 people, the most active of them indicted hooliganism.

The tent camp in Zukotti, the authorities suffered another month and a half. On the night of November 15, the police released the park from both the participants in the movement and their tents with property. In vain did the OWS activists present the court with their decisions about their right to protest. The right of the financial elite from Wall Street turned out to be stronger than the law.

At a later time, you can give an example with "yellow vests" in France. Like OWS, the vests lost a protracted dispute with the authorities. Moreover, the protest in France was more severe on both sides. There were killed, wounded, pogroms and crimes. However, the authorities did not give up their positions.

The rich keep getting rich

Since then, the powers that be have only consolidated their position. Every year, on the eve of the World Economic Forum in Davos, Oxfam international charitable organization publishes a report on the relationship between the rich and the poor in the world.

This year, Oxfam noted that inequality on the planet got out of hand.

“The total fortune of 2153 billionaires last year was greater than the accumulation of 4,6 billion people (60% of the world's population) with lower incomes.”
Oxfam analysts have calculated: if a person since the construction of the Egyptian pyramids (XXVI century BC) daily saved 10 thousand dollars a day, then by 2020 “his condition would have come close to only a fifth of the average state of a billionaire, one of the top 5 richest ". By the way, in his last report, Oxfam noted that the wealth of this handful of billionaires is replenished every day by $ 2,5 billion.

This is the essence of the problem of the crisis of democracy. Because in countries where income inequality has not reached such a critical point as in the United States and Britain, "the level of satisfaction with the way democracy works has risen to a historic maximum," the Cambridge center records.

The center included only Denmark, Switzerland, Norway and the Netherlands.

The example with European countries shows that it is too early, as they said before, to throw democracy into the backyards stories. However, the path to social harmony now has to be difficult. How to treat a "sick democracy"? The Cambridge Recipe Center did not.

We are in Yandex Zen
Situational analysis of the death of the MH17 flight (Malaysian Boeing 777), made on the basis of engineering analysis from 15.08.2014
Results of the week. “In our cooperative, the board is always agreed”
100 comments
Information
Dear reader, to leave comments on the publication, you must to register.