In Kiev, looking for authors of billboards with "pro-Russian propaganda" 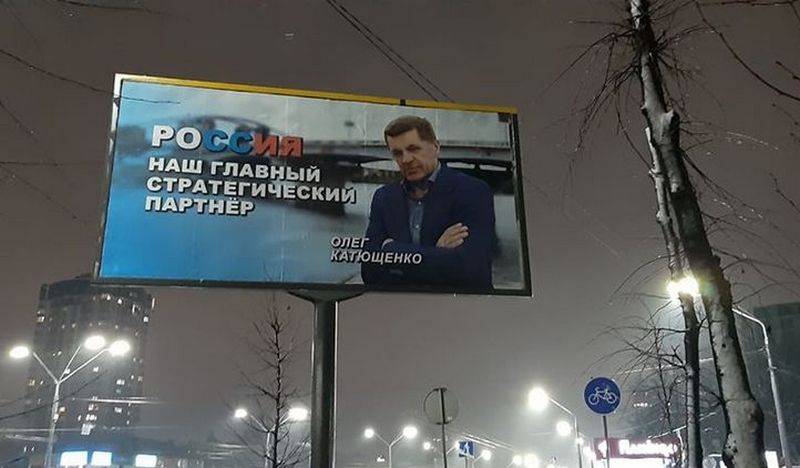 An advertisement appeared in Kiev calling for building strategic relations with Russia. Billboards with the inscription "Russia is our main strategic partner" were placed on the streets of the Ukrainian capital, but then urgently removed by utilities. This was reported by the press service of the Kiev city state administration.


According to the report, at present, Ukrainian law enforcers are trying to find out who posted the advertisement calling for building relations with the "main enemy of Ukraine" on billboards and for what purpose he did it. Metropolitan outdoor advertising operators unanimously say that they did not give consent to the placement of such posters and they were placed illegally.

It is noted that the public utilities were obliged to check all the streets of the Ukrainian capital in order to detect "illegal advertising", and residents were urged to inform law enforcement agencies when they found posters with "Russian propaganda."

According to Ukrainian media, the businessman Oleg Katyushchenko depicted on the poster is engaged in construction business in Kiev, but after the Maidan in 2014, according to some reports, he moved to Moscow. It is possible that posters could be placed by his competitors in order to discredit the businessman.

We are in Yandex Zen
Kiev plans to place the slogan “Crime Ukraine” on billboards in a number of post-Soviet countries
Odessa underground workers promised to cleanse the hero-city from Nazi propaganda and punish the owners of advertising space.
70 comments
Information
Dear reader, to leave comments on the publication, you must to register.