Angara: neither the key to saving the industry, nor the “workhorse” 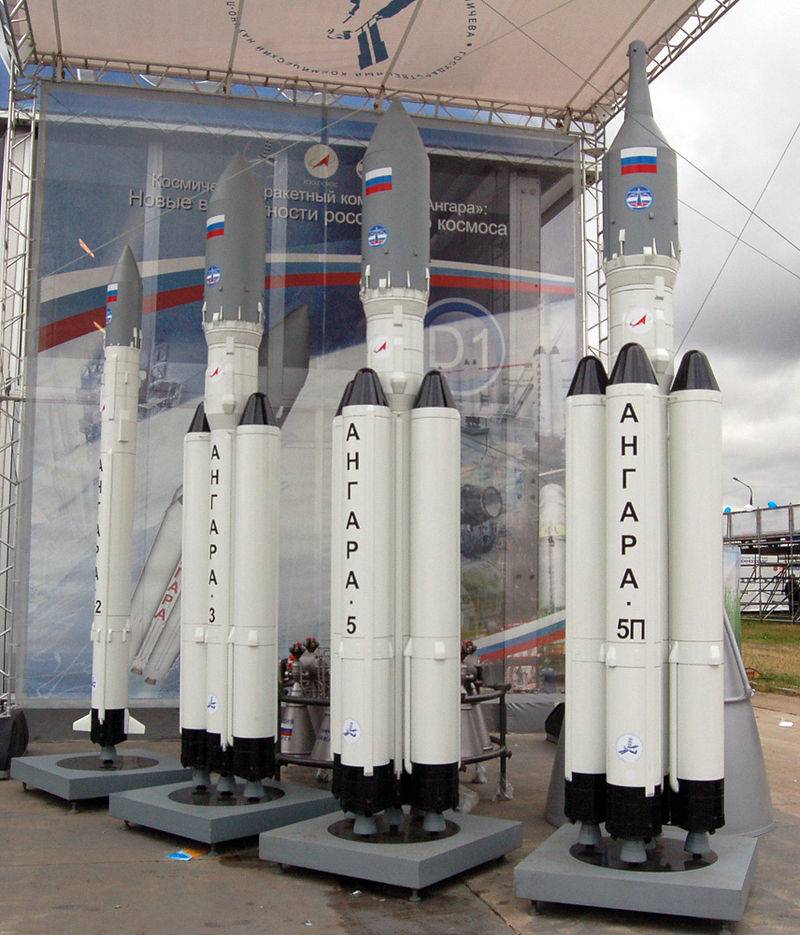 A future that has not arrived

The Angara launch vehicle was to become a kind of "Superjet" from the world of rockets: the first new carrier built by Russia since the collapse of the Union. This is not a new development (the rocket began to be created back in the 90s), however it was it that was intended to show that the Russian space industry is not only living, but also developing.

Both the average Soyuz and the heavy Proton-M are all offspring of the times of the USSR, and the Soyuz is nothing but a profound modification of the Soviet “seven” - the first in stories intercontinental ballistic missile (ICBM) R-7, adopted as early as the 60th. Well, the Soviet ICBM UR-500 formed the basis of the Proton. Having developed a number of successful missiles, including Zenit, Yuzhnoye Design Bureau remained in Ukraine. The park needed to be updated.

In addition to obsolescence, purely practical difficulties made themselves felt. The fact is that the Proton-M, which was once popular with customers, uses toxic asymmetric dimethylhydrazine or heptyl as fuel, which Kazakhstan really dislikes, on whose territory Baikonur Cosmodrome is located, from where these Protons are launched. 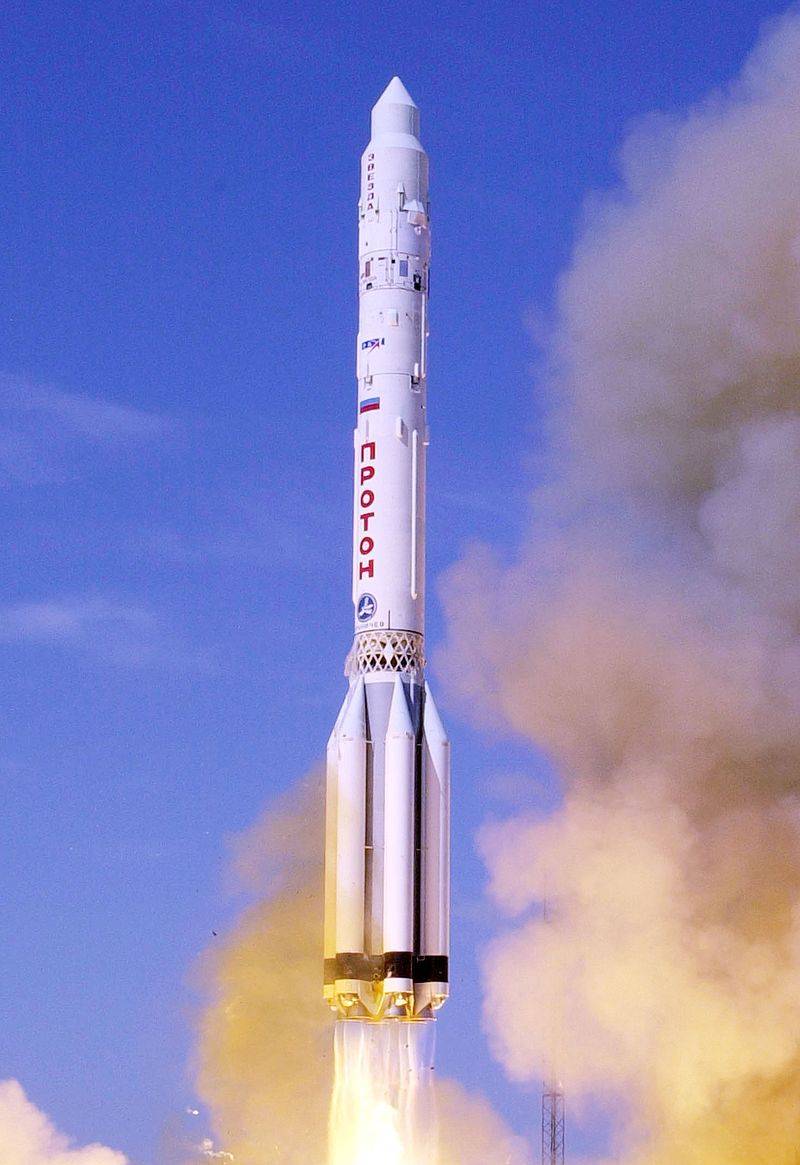 At first, the heavy Angara A5 was seen as a worthy replacement for this medium: at the time of the start of work on a new missile, few could suspect that a heavy Falcon 9 would appear with a launch price of around $ 60 million: that is, even less than that of Proton-M ". Unfortunately, the cost of launching the A5 turned out to be about twice as high as the start price of the Soviet heavy rocket: we had to forget about the struggle for the market with SpaceX.

Previously, the Angara was seen as a wide universal family of missiles that can replace almost all Russian carriers. Over time, it became clear that the notorious "modularity" was too expensive and the number of projects was limited. The functions of the “Union” should be taken over by the promising “Union-5” (aka “Phoenix, aka“ Irtysh ”). “In our light class, the unit is Angara, the middle class is Soyuz-5, the heavy class is Angara-A5, and the heavy class is Angara-A5V,” said the head of Roskosmos Dmitry in 2019 Rogozin. There is still a superheavy Yenisei, but this is a separate topic for discussion: it is not a fact that we will ever see it at all.

By the way, there are no "ones" either. Only the aforementioned "Hangar A5" is more or less brought to working condition, but there is one problem that is already difficult to keep quiet. The fact is that the replacement of "Proton" performed only 1 (one) launch: it was held on December 23, 2014. Since then, the start of the Angara has not been: neither heavy, nor any else. Taking into account the very first test launch of Angara-1.2PP, it turns out that all representatives of the family have two launches. 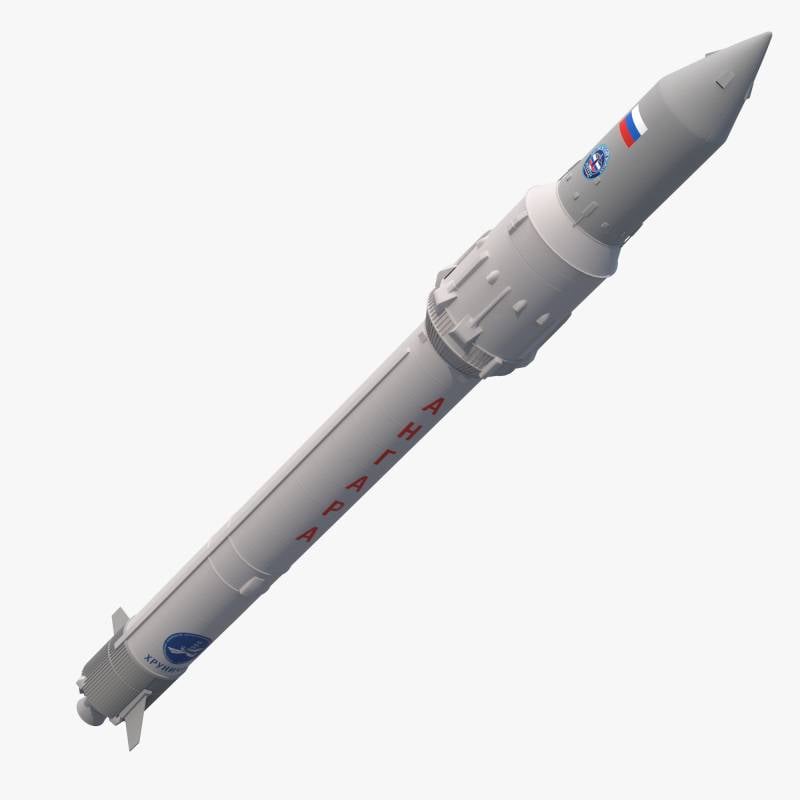 In general, the public has long come to terms with the fact that the new rocket will not be the key to saving the industry, but after improvements it will become the “workhorse” of the Russian space industry. It seems to have failed.

In recent months, the Angara have been hit several times at once (however, experts predicted them earlier). In October last year, it became known that the test launch of the new Russian Angara-A5 heavy rocket from the Plesetsk cosmodrome in the Arkhangelsk region was postponed from late 2019 to 2020. As one of the sources explained then, they did not have time to physically prepare the rocket for launch before the end of the year.

And on January 15, RIA "News”Reported that the Russian space department refused to use the new Angara-A5 rocket to launch the Express-AMU4 satellite, preferring the proven Proton-M. Recall, in October last year, the general director of the Cosmic Communications enterprise, Yuri Prokhorov, stated that they wanted to launch the Express with numbers AMU3, AMU7 and AMU4 precisely with the help of Angara-A5. Now these plans are in the past. 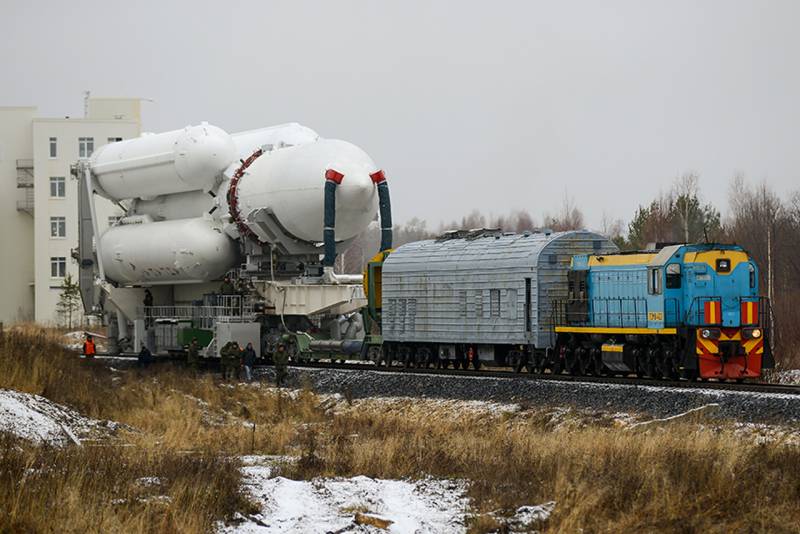 Photo: Ministry of Defense of the Russian Federation
And what about the light Angara-1.2? On November 2019, 2021, RIA Novosti announced the termination of the contract for the production of this type of rocket, which they wanted to use to launch the Gonets spacecraft. Now, in XNUMX, the Union will have to launch them. Not the best start for this version of the carrier, especially given the very high competition in this segment of missiles.

It is worth adding that the previously announced launch of the South Korean satellite using the Angara-1.2 missile was postponed from 2020 to 2021, citing, however, the problems of Koreans. “We have one contract for the supply of Angara-1.2 to South Korea. It is being manufactured now, but they have their own payload difficulties, so for now the launch has been shifting a little since 2020, ”said the Director General of the Center named after M.V. in March last year. Khrunicheva Alexey Varochko.

A spoon of honey

In general, the “Angara” unnecessary for solving the “peaceful” tasks in the current realities may be of interest only to the Ministry of Defense, which is confirmed by the latest information. On January 15, TASS announced that Roscosmos would supply the Ministry of Defense with two missiles of this type in 2020. “The first Anagara heavy launch vehicle in 2020 will be delivered to the customer before the end of the first quarter. The second should be delivered before the end of the year, ”said a representative of the state corporation. “There is tight control over the manufacture of the first Angara launch vehicles this year, as well as their transfer to the customer - the Ministry of Defense of the Russian Federation,” the Russian Space Agency said.

Prior to the reconstruction, the Polet enterprise plans to produce annually two heavy Angara-A5 and one Angara-A1.2 light rocket. At the same time, it is obvious that they will continue to remove part of the load in the interests of the Ministry of Defense using old Soviet carriers. In general, so far the plans for the production of the Angara look too optimistic, but do not forget that the rocket is still at the testing stage ...

What about the next start? “Next year we plan to resume launches of the Angara launch vehicle, the missile will be handed over by the Khrunichev Center in the first quarter of 2020,” the Roskosmos message announced in December 2019 said. 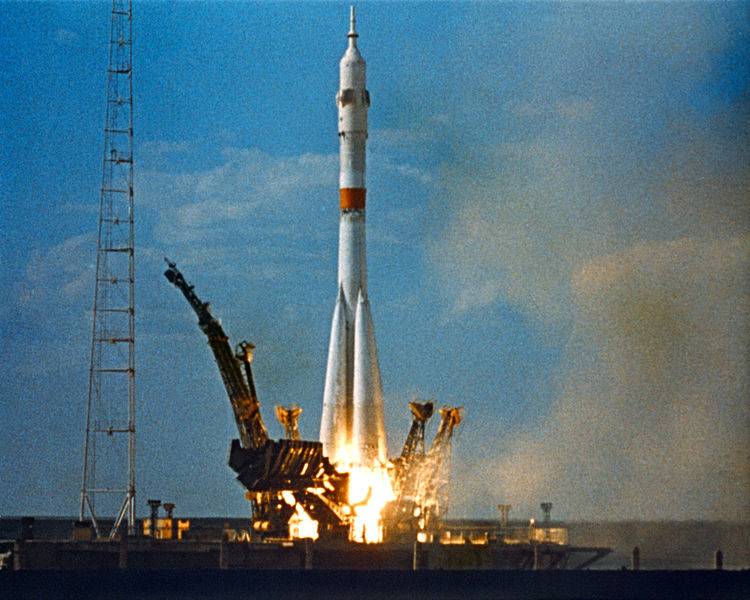 As you can see, everything that does not concern the interests of the Moscow Region exists in a more than vague form. On the other hand, the Ministry of Defense also knows how to count money: it must be assumed that it would gladly prefer a less expensive and more proven medium.

By virtue of this, there is a feeling that the program keeps afloat only a decisive (possibly premature) rejection of Proton-M. Recall that in June 2018, Dmitry Rogozin set a specific task: to stop the production of “Protons” after fulfilling the contracts and to use only “Angara” in the future. For example, in December they stopped producing engines for the first stage of the Soviet missile - we are talking about RD-276 units.

In addition, do not forget what funds have already been spent on a new medium, as well as the fact that Russia does not have a more or less modern analogue and will not have it in the foreseeable future. So, we are waiting for new test plans for the Angara rocket ...