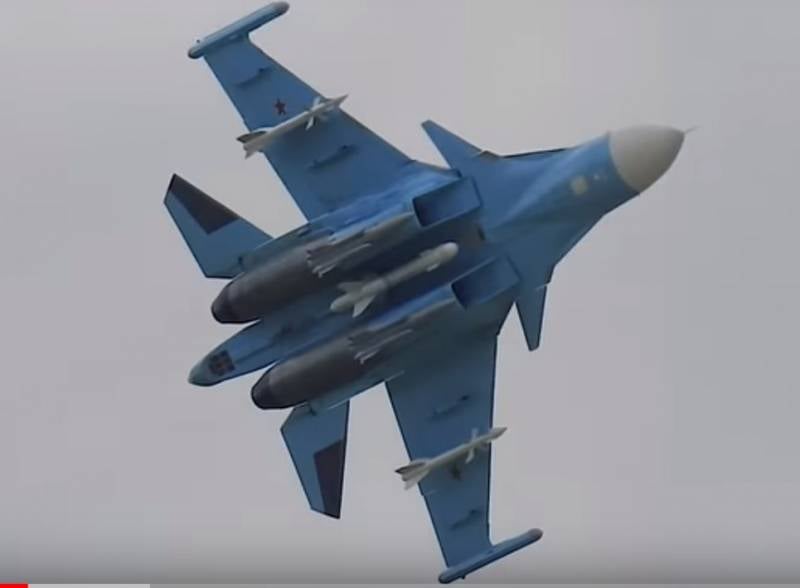 NATO has always been very closely following any news from Soviet and Russian weapons and military equipment. Even a special codification has been developed, and the names of the Russian aircraft or air defense systems give the most inexplicable.


When the North Atlantic Alliance learned about the latest Russian development - the fifth-generation fighter Su-57, he was immediately given the code name Felon: “Criminal”, “Criminal”. Perhaps such associations of the alliance officers were prompted by the invulnerability of the aircraft, or perhaps they were simply struck by the "audacity" with which Russia furnishes the West on the military-industrial front.

In 1986, a fourth-generation intercontinental ballistic missile R-36M2 Voyevoda was tested at Baikonur. In NATO, she was immediately called "Satan." The Russian missile system RT-2PM2 "Topol-M" was named "Sickle", and the famous anti-aircraft missile system S-400 "Triumph" - Growler, that is, "Grumble". But if “Satan” and “Criminal” still carry some charge of hatred and fear at the same time, then it’s quite difficult to explain the other code names of Russian and Soviet weapons.

Operating at the height of the Cold War, the Soviet Yak-28 multipurpose supersonic military jet aircraft in NATO codification was for some reason designated as Brewer - "Brewer", and the first Tu-22 model was even thought to be called Blinder - "Buster".

By the way, ordinary American soldiers first called the Tu-22 "Pretty Woman", but when the higher command found out about it, they immediately stopped such amateur activity and established the only official designation - "Drinking".

For some reason, the Ka-25, a Soviet ship-based anti-submarine helicopter in the codification of the North Atlantic Alliance, was called Hormone - "Hormone", but the Ka-50 - the famous "Black Shark" - has the more impressive name "Werewolf" or "Deceiver" in the West .

What explains the similar codification of Russian military equipment? One of the explanations that one often hears is that it is allegedly difficult for officers and generals of the army of the alliance to remember Russian-language abbreviations, they often confuse them with each other, and for their own convenience they came up with such designations.

But in fact, the reason for introducing codification is really serious. Each type of military equipment is indicated by a word starting with a certain letter. For example, fighters are designated by words starting with the letter F - and this is the “Criminal” Felon Su-57, and the MiG-17 with the much more strange name Fresco - “Fresco”.

Exactly the same model is codified by bombers, helicopters, transport aircraft, missiles, and so on. Therefore, the logic of such names is. When any soldier hears the designation, he immediately understands that we are talking about one of the types of fighters, helicopters, bombers. Moreover, by the number of syllables in a word, a soldier understands whether it is a piston or jet aircraft.

As for the general dismissive connotation of code names, NATO is convinced: giving unflattering names to military equipment and weapons of the enemy, they seem to “lower” them in the eyes of the military, laugh at the enemy and strengthen the morale of the personnel of their own armies.

We are in Yandex Zen
Supply of S-400 air defense systems to Turkey: possible consequences
Situational analysis of the death of the MH17 flight (Malaysian Boeing 777), made on the basis of engineering analysis from 15.08.2014
88 comments
Information
Dear reader, to leave comments on the publication, you must to register.