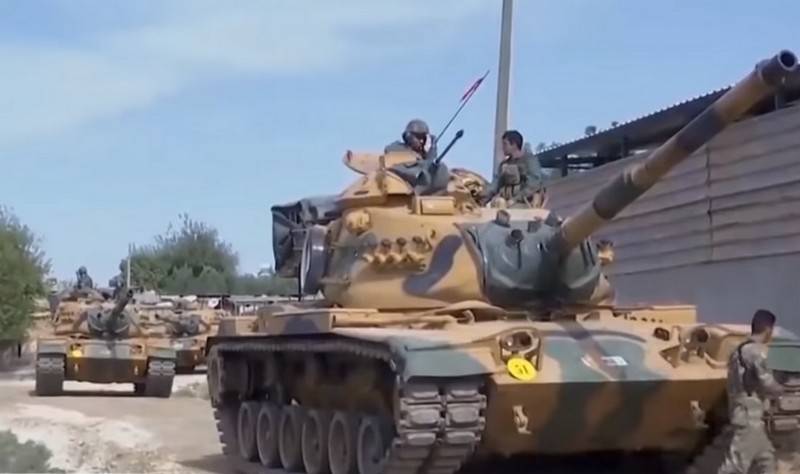 Turkey is actively transferring military equipment and military personnel of the Turkish army to the territory of Libya. According to the Libyan Channel 218TV, on Wednesday a transport ship arrived at the port of Tripoli, accompanied by two warships of the Turkish Navy.


The channel, citing eyewitnesses, said that a Turkish military contingent arrived in the capital of Libya on a Turkish transport vessel, Tanks and other armored vehicles. After unloading, the armored vehicles and army trucks with the Turkish military set off from the port to the Mitiaga airbase, located in the center of the Libyan capital. According to other information, only equipment arrived on the cargo ship, and the military were on warships.


Two warships Gazintepe and Kaydinis, together with a ship for delivering tanks and military vehicles, first arrived after the statement by Turkish President Recep Tayyip Erdogan about military support for the Libyan national consent government, despite promises of non-interference and not sending mercenaries
- said in a statement.

According to the Ahmar Libya portal, on Monday, 40 Turkish officers arrived at Misrata Airport on a Afriqya Airways plane.

As Turkish President Erdogan said in mid-January, Turkey began the deployment and deployment of Turkish army units in Libya.

Turkey sends troops to Libya to maintain the stability of the legitimate Libyan government. Realizing that the security of Turkey begins beyond its borders, we will continue to mobilize all our political, commercial, humanitarian, diplomatic and military capabilities to ensure stability in the south
- said the Turkish leader.

Recall that the Government of National Accord requested military support from Ankara amid an offensive on the Tripoli by the Libyan National Army led by Marshal Khalifa Haftar.
Ctrl Enter

We are in Yandex Zen
Battle of Tripoli
Chronicle of the Libyan War
32 comments
Information
Dear reader, to leave comments on the publication, you must to register.