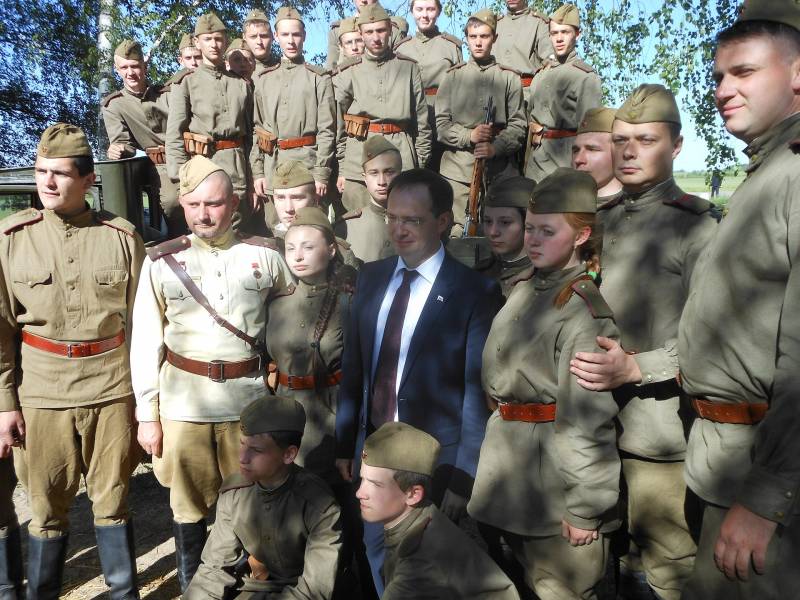 I try to write about topics that interest me. But today the conversation will be about what I have long been disappointed with. It will be about Russian cinema. More precisely, about the fate of the oldest film studio in Russia - about Lenfilm. About whether we need this movie studio. About why the state concern today is really on its knees in front of private business and does not see the opportunity to become a truly profitable enterprise.

Why did the Lenfilm bankruptcy question arise?

I will not write about the advantages or disadvantages of films shot on Lenfilm. Those Soviet, “high-profile” films that even today excite the “soul, brain and nerve” of the viewer, readers already know. However, like several modern paintings. And let the experts talk about the rest.

The reason for the appearance of this material was a letter that at the end of December laid on the table of Russian President Vladimir Putin and on which the president has already imposed the “Agree” resolution (January 15, 2020). The letter was written by Presidential Aide (at that time, now First Deputy Prime Minister) Andrei Belousov and Russian Culture Minister (at that time, now Presidential Aide) Vladimir Medinsky.

The appearance of this letter is connected with a statement by the general director of Lenfilm OJSC (dismissed in December, now acting) Eduard Pichugin and chairman of the board of directors Fedor Bondarchuk about the possible bankruptcy of the concern in the near future.

How Lenfilm OJSC turned into a loss-making enterprise

There are already enough materials in the press about the state of affairs at Lenfilm and proposals for the reanimation of this enterprise. Therefore, it seems to me that it is quite concise to outline the essence of the problem.

So, for the modernization of the film studio Lenfilm took a loan of 2013 billion rubles from VTB Bank for a period of 1,5 years under state guarantees. In 10, Lenfilm agreed to early repay the loan through the sale of non-core assets. Simply put, the film studio decided to sell part of the land of the film studio (including along Tambasova Street). But Lenfilm could not fulfill its obligations.

Then everything “fell in”. To repay the debt, the studio borrowed again. Communal debts, tax debts began to grow. In short, today 12 accounts owned by the studio are blocked by the Federal Tax Service. The financial activities of the organization are paralyzed, even Lenfilm cannot receive subsidies from the state. Just nowhere to translate.

What is proposed to be done to save Lenfilm

What is suggested in the letter? What proposals did President Putin agree to? Firstly, we are talking about the rights to the Lenfilm gold collection. That is, the film studio wants to conclude an agreement with the State Film Fund on the right to show films shot before 1992. Experts, according to RBC, talk about the annual income from showing these films in the amount of 120 million rubles.

The second sentence is no better than the first. All the same sale of land. It is clear that the land is expensive. The scheme is simple. The film studio transfers to the bank a plot of land on Tambasova. For which the bank writes off the debt, evaluating the land at market value (1-1,1 billion rubles). The remaining half a billion Lenfilm will receive as a subsidy from the state.

Thus, the film studio itself will pay the remaining pennies for debts, utility bills, penalties for debts and fines. In principle, this plan looks good. Yes, the state loses a decent amount, but retains the brand and a fairly well-equipped movie studio. But is it necessary?

Will the next financial injection solve the problem?

After all, there is a wonderful example of solving the problems of a film studio. Mosfilm led by Karen Shakhnazarov! Profitable film concern. Why can we create, for example, the United Aircraft Manufacturing Company, but cannot create the United Film Company?

What we see today at Lenfilm has recently been in theaters. Our creative intelligentsia wants freedom of creativity and touching care of the state at the same time. But it should not be so. If you are really great, then you should not be told about this by critics and experts from the cinema or another “cabal”, but by cashiers in your theater or cinema.

As a consumer, I don’t give a damn about all the clever words of critics and experts. I have one criterion: like it or not like it. I want to watch this movie again or forget it right after leaving the cinema hall. After all, this is exactly what happened with several Russian films in 2018-2019.

What is more important in the movie: soul or truth?

By the way, I often hear disputes about what is more important in the film: truth or soul. Once I talked about this with a friend. Former prisoner convicted after the war and spent ten years in the camp. We talked about the "Kuban Cossacks." “You know, we loved this movie. They understood that all this was a fairy tale. That in real life everything is far from the case. But loved. Loved because they showed how it should be! ”

Maybe this monologue is the answer? After all, I can also say, for example, about the White Tiger. History incredible, but I want to believe in her. How do you want to believe in a good end to any film. So what's more important there? Truth or soul? For us, probably, the soul, feeling, experience. But this is my personal perception.

Cinema is a show business, not a museum

But back to Lenfilm. Suppose debts are paid. Once again, at our expense with you. And where is the guarantee that the situation will not happen again? After all, we all passed in the 90s. There was a “grabbing” of film studio divisions, there were clandestine productions, there were attempts at raider seizures.

It is clear that neither Moscow nor St. Petersburg want a unification. “Cockfights” for “curb or curb”, “porch or front door”, “bun or loaf” have long been causing laughter in all of Russia. Only this time we will pay for the front door or entrance. Do we need it?

Rescue "Lenfilm", of course, is necessary. Moreover, you need to carefully look and, possibly, help other movie studios. Otherwise, we will lose the film industry. And along with it is a huge layer of culture, which is important for educating the young generation and preserving our history.

It seems to me that filmmakers forgot one important thing. Cinema is not a picture gallery. This is not a museum, after all. This is show business. And the laws of show business have long been known. And how to make money in this area, too.

The state will no longer be the producer of your films. And a sponsor too. You need to shoot so that the viewer is waiting for your film. As, for example, happened in the film "Ice". For a month now I have seen an advertisement at a cinema closest to me with the announcement of the film "Ice-2" in February. And I’ll go look. Because advertising is competently promoted. Because there are no more Russian films on posters. No one!

We are in Yandex Zen
Situational analysis of the death of the MH17 flight (Malaysian Boeing 777), made on the basis of engineering analysis from 15.08.2014
Results of the week. “In our cooperative, the board is always agreed”
65 comments
Information
Dear reader, to leave comments on the publication, you must to register.