The Hague is preparing a trial under MH17: on the current situation 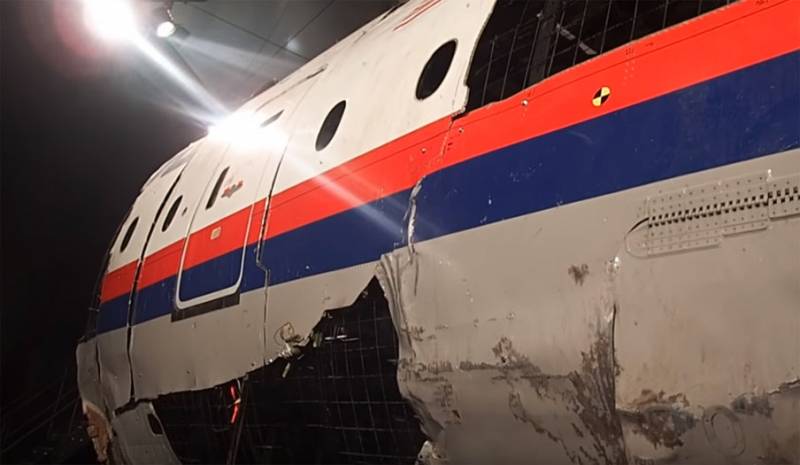 On the morning of March 9, 2020, the trial conducted by the Hague court in the case of the crash of the Malaysia Airlines Boeing 777 airliner flying MH17 from Amsterdam to Kuala Lumpur should begin in the Schiphol criminal complex. The liner was shot down in the Donetsk region on July 17, 2014. This court has real chances to turn into a “process of the century”, but only on one condition - if, unlike the “investigation” that lasted several years, it will be objective and pass without political engagement. Otherwise, we are just waiting for another section of the show, the directors and directors of which are well known.


Perhaps those who are to sit in The Hague will nevertheless succeed in revealing not only the mechanism of the monstrous provocation of six years ago, but also the scheme of actions of certain countries and structures aimed at putting the blame for the tragedy that killed almost 300 people on the state, he was not at all involved. However, for this they will have to, first of all, break out of the framework imposed from outside and “instructions” aimed at leading the accusation in a strictly predetermined direction.

The fact that the members of the Joint Investigative Group (CCG), which includes representatives of Malaysia, the Netherlands, Ukraine, Australia and Belgium, has so far failed to do so, is completely obvious. Last June, they already announced the names of the suspects in the case: the Russians Igor Girkin (Strelkov), Sergey Dubinsky, Oleg Pulatov and the Ukrainian Leonid Kharchenko, not bothering to back up such grave accusations with irrefutable evidence. Of the same quality were the statements made earlier by them about the “Russian missiles,” supposedly firing their air defense systems and the like.

Representatives of the court in The Hague said they “called on” the suspects to participate in the hearing, but if they refused, they would do well without them. Not the best sign ...

However, as it became known, one person from the above list still agreed to participate in the process. Monique Bunk, the Hague District Court Public Relations Coordinator who made the relevant statement, did not clarify the name or even confirm his direct presence in The Hague. According to her, a certain “private law firm” contacted the court, ready to represent the interests of the defendant. Nothing is known more on this subject.

But a real sensation may be a statement during the hearing of a private detective from Germany, Joseph Resch, who spent several years conducting an independent investigation of the circumstances and causes of the disaster. This person has repeatedly stated that he has some important information about the incident, stubbornly ignored by the international community, up to the specific names of the perpetrators of the death of MN-17. Resh is convinced that without his testimony, the whole process in The Hague would be an absurdity that cannot be taken seriously. At the same time, he also does not intend to personally participate in the conference room, intending to transfer this duty to his trusted assistant.

Numerous interviews with this detective, who published a book about his investigation, suggest that the data that he is ready to publish will not please anyone who has been fanning anti-Russian hysteria around the tragedy all these years.

What can be called before the start of the process points that work completely in favor of Ukraine is, first of all, distrust, which last year expressed to the version put forward by its representatives about the involvement in the Russian catastrophe, Prime Minister of Malaysia Mahathir Mohamad. It is also more than strange that the Kiev transfer of the DPR in the course of the exchange of held persons at the end of 2019 by Vladimir Tsemakh, which Kiev at one time tried to present as “the most important witness of Russia's guilt” in this case, if not at all, was accused. It turns out that no "evidence" exists, as well as guilt itself? No less intriguing is the fact that at the end of last year both representatives of Ukraine were suddenly removed from the international investigation group on MH17, and it’s not even clear at whose initiative either the leadership of the SSG or Kiev.

Well, it is entirely possible that justice in the Hague will indeed triumph - contrary to all efforts made to ensure that this does not happen.

We are in Yandex Zen
Situational analysis of the death of the MH17 flight (Malaysian Boeing 777), made on the basis of engineering analysis from 15.08.2014
The crash of "Boeing": Russian, Ukrainian and American versions
270 comments
Information
Dear reader, to leave comments on the publication, you must to register.