In an interview with the Daily Mail, Soviet photos from Auschwitz were called fake 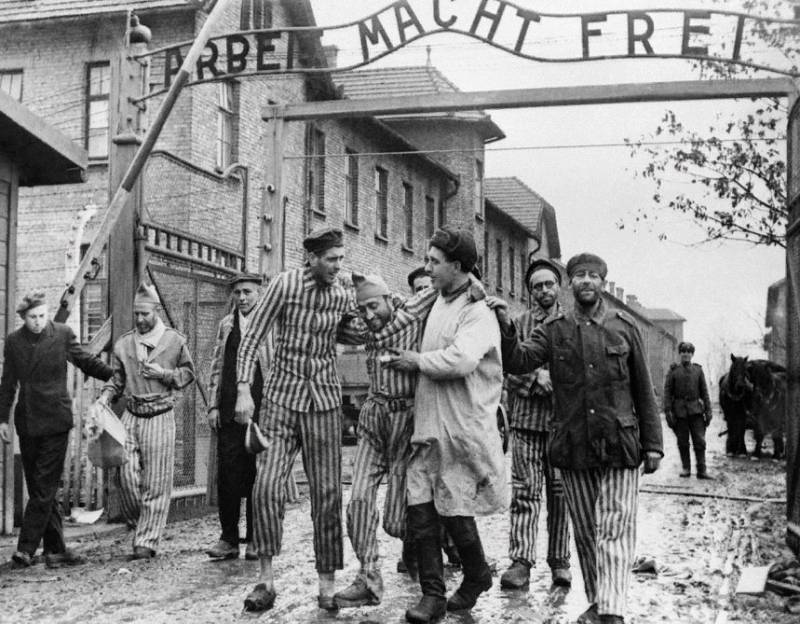 The British newspaper Daily Mail decided to issue another portion of "its truth" about the release of prisoners from the Auschwitz camp. To do this, the publication decided to interview the stepsister of the famous Holocaust victim Anne Frank.


The interviewee’s name is Eva Schloss. This lady stated that the photo with Soviet soldiers liberating the prisoners of Auschwitz "is a fake." What does Ms. Schloss understand by the word "fake"?

She claims that "in fact, not a single shot was taken in the concentration camp."

The Soviet soldiers did not have a single camera.
Apparently, Ms. Schloss is not aware of the fact that there were war correspondents and documentary filmmakers in the Red Army who kept records at all stages of the Great Patriotic War.

Eva Schloss herself calls herself a prisoner of Auschwitz. According to her, she got to the camp at the age of 15.

Schloss says that "pictures could have been taken at another time in another place." The pages of the Daily Mail describe how Schloss went to the Russian Embassy in Germany and claimed that the photos from Auschwitz were fake. At the embassy, ​​Ms. Schloss was asked to calm down and explained that the photographs were genuine and that their authenticity was confirmed by numerous released prisoners of the death camp. They also explained to her that not all photos were taken in Auschwitz directly on the day of his release, but it would be strange to call the photo “fake”.

The publication itself in the Daily Mail is from the same series as the publication in the German Spiegel, where a few days ago it was announced that the US Army had released the prisoners of Auschwitz (Auschwitz-Birkenau). True, they later apologized to Spiegel and removed the publication.

Recall that prisoners of the Nazi camp Auschwitz were liberated by Soviet soldiers on January 27, 1945.

We are in Yandex Zen
Reports from the militia of New Russia for 27-28 September 2014 of the year
Yuri Drozdov: Russia prepared the role of the sacrificial calf
103 comments
Information
Dear reader, to leave comments on the publication, you must to register.