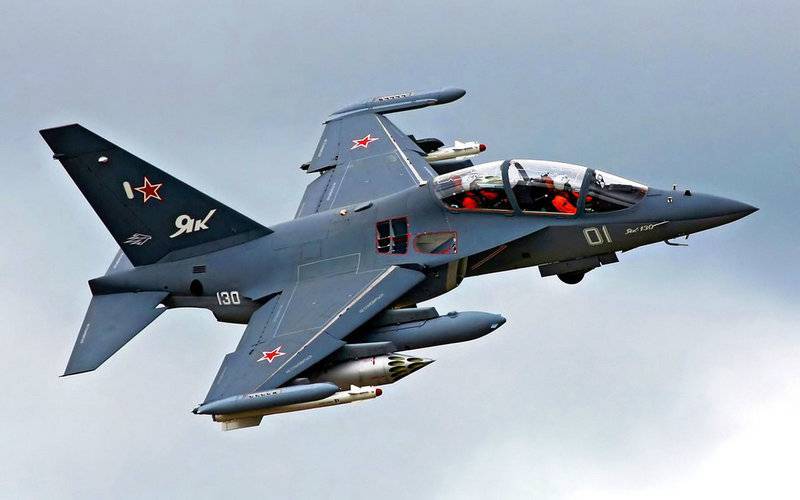 Krasnodar higher military aviation In the near future, the school of pilots will be replenished with a batch of new combat training aircraft Yak-130. This was reported by the press service of the Ministry of Defense of the Russian Federation.

A batch of new combat training aircraft Yak-130 will be relocated to one of the training aviation bases of the Krasnodar Higher Military Aviation School of Pilots
- said in a statement.

The message does not indicate the exact number of aircraft and the timing of their delivery, but it is noted that specialists from the technical services of the school have already arrived at the Irkutsk Aviation Plant, where they are busy accepting the Yak-130.

The performance of aircraft systems and mechanisms in various modes on the ground will be tested. Then the flight crew will make a control flight of the aircraft, checking all control systems in the air
- declared in the Ministry of Defense.

The military department reminded that earlier the Yak-130 entered service with the Kushchevskaya, Borisoglebsk and Armavir training bases.

We are in Yandex Zen
Reports from the militia of New Russia for 27-28 September 2014 of the year
Yuri Drozdov: Russia prepared the role of the sacrificial calf
26 comments
Information
Dear reader, to leave comments on the publication, you must to register.