Commissioning of housing in Russia: the results of the year are not encouraging 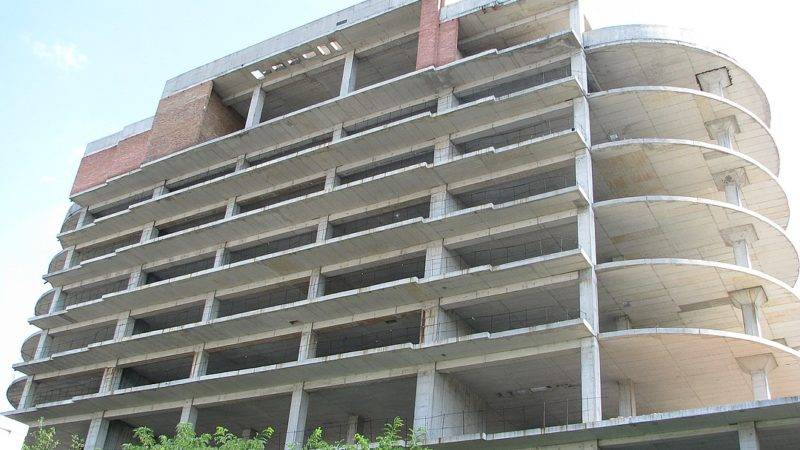 On Tuesday, the Federal State Statistics Service (Rosstat) published information on the commissioning of housing in 2019. At first glance, the results of the year are not bad. Builders handed over 80,3 million square meters of housing, which is 6,1% higher than in 2018. But if you look closely, the results are not encouraging. We will understand the reasons.

A plan disruption was warned in advance

As we see, Rosstat confirmed this breakdown with its final figure, although it showed a rather high growth in housing commissioning in 2019. Only this growth was influenced by bureaucratic craftiness. Last year, the Ministry of Construction included the commissioning of houses and gardening plots in the statistics of built housing.

Taking into account country houses, growth is quite decent. Without them - only 4,9%. This figure also has questions. It must be remembered that the year 2018 fell by 2017% in housing commissioning by 4,5. It turns out: in 2019, builders only showed the result of two years ago with a slight plus sign of 0,4%.

National project summed up the mortgage

To understand why the plan for the national project was not implemented last year, you need to look at the program for financing it. It contains more than a trillion rubles of budget money. Half of them will go to the project "Ensuring sustainable reduction of unsuitable housing stock." The rest - on the formation of a comfortable urban environment and other related issues.

With the reduction of unsuitable housing, everything is fine. At his annual press conference, Vladimir Putin, commenting on the interim indicators of national projects, noted great progress just in this direction. “We didn’t just resettle the emergency housing for the current year, but exceeded three times,” the president said.

The construction of mass housing should finance the population from its resources. Under this, the project includes the Mortgage program. Last year, it was estimated that 600 thousand families will receive mortgage loans for new construction at an average rate of 8,9% per annum. In fact, only 400 thousand people were given a mortgage with an average rate in excess of 10%.

Mortgages have become a weak link in the national project, which has overwhelmed housing finance. There are several reasons for this. First of all, a high loan rate. It led to its rise in price and made it inaccessible for some people who planned to acquire new housing or improve their living conditions.

Another problem expected by experts was the rise in the cost of housing, twice the official inflation rate. On average, in the country (according to preliminary estimates) it amounted to about 10 percent, somewhat breaking away from population income growth. It also affected the credit activity of citizens, many of whom today are already burdened with debts and obligations.

Construction companies themselves also faced problems. As you know, from July 1, 2019, they began to work on the so-called escrow accounts, on which depositor funds are accumulated. Developers will be able to use their money only at the end of work, and before that they must themselves be credited to banks. The new circuit crashed. Hence the additional problems with the commissioning of housing.

Disruptions in the implementation of national project plans have become one of the reasons for the recent change of the Russian government. How the new cabinet will deal with them, one can only guess. On adjustments to the housing program has not yet been heard. This means that the task remains the same - in six years, one and a half times increase the commissioning of residential houses and apartments, and not just country houses.

We are in Yandex Zen
Housing problem of Russia. Lack of decent housing threatens the social and demographic security of the country
Situational analysis of the death of the MH17 flight (Malaysian Boeing 777), made on the basis of engineering analysis from 15.08.2014
87 comments
Information
Dear reader, to leave comments on the publication, you must to register.