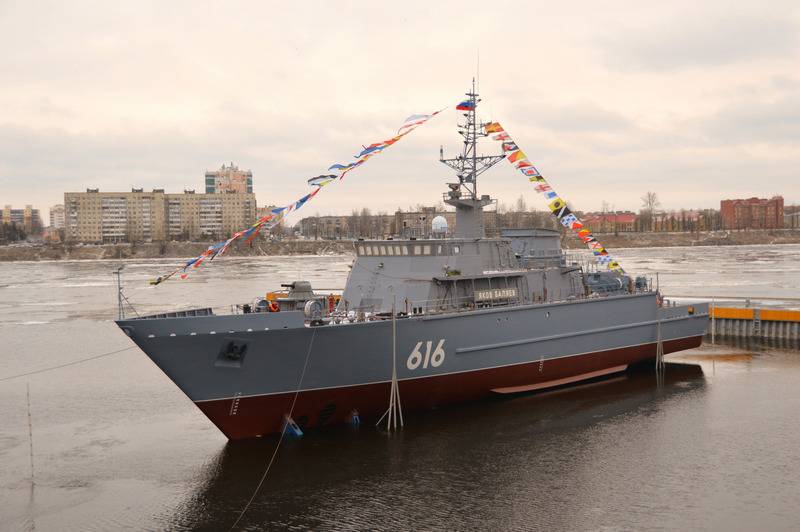 The fourth sea minesweeper of the project 12700 code "Alexandrite" "Yakov Belyaev" launched in St. Petersburg. The ceremony was held at the Sredne-Nevsky Shipyard. This was reported by the press service of the enterprise.


The Yakov Balyaev sea minesweeper is the fourth serial (fifth in a row) ship that was laid on the stocks of the plant, but because of the fire at the first serial minesweeper Georgy Kurbatov, Yakov Balyaev became the fourth mine defense ship in the project line 12700 "Alexandrite". According to the plans of shipbuilders, the transfer of the ship to the Navy will be held this summer. The place of service of the new minesweeper is not reported, but it is assumed that he will leave for the Pacific Fleet.

The lead ship of the Alexander Obukhov series was transferred to the Navy in 2016. At the end of 2018, the enterprise handed over to the customer the second (first serial) ship of the project 12700 - the minesweeper Ivan Antonov. In December 2019, the third ship of the Vladimir Emelyanov series joined the Russian Navy.

At present, three more hulls of project 12700 are located in the slipways of the Central Nevsky Shipyard, to the varying degree of readiness - the ships Georgy Kurbatov, Pyotr Ilyichyov and Anatoly Shlemov.

Under the state armaments program during the 2018-2027 period, the Russian Navy plans to get the 10 latest minesweepers for the 12700 Alexandrite project.