We will learn to defeat Russia, we will defeat Iran: US Air Force General on the development of aviation 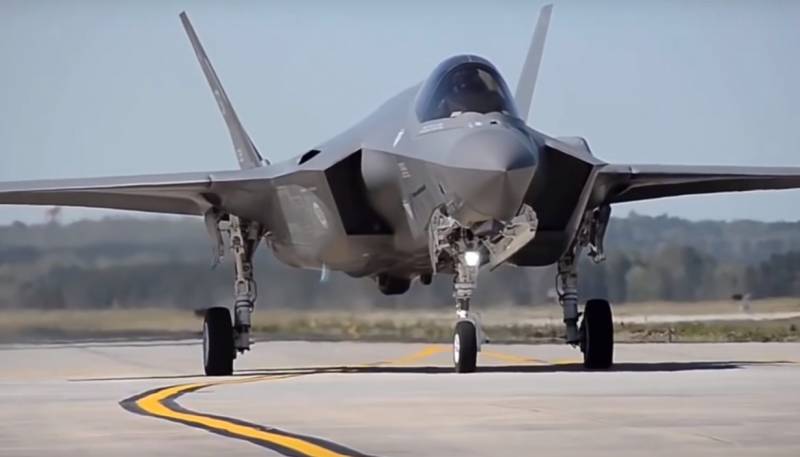 The United States continues to reflect on the modernization of the country's air force. What will be aviation the future? This time, Air Force Chief of Staff General David Goldfein thought about this.


In his speech, the general, who has been heading the headquarters of the US Air Force for the fourth year, talked about the prospects for the development of military aviation and space forces as well. Goldfein knows what he is talking about. A professional military pilot, he began his service 36 years ago with the rank of lieutenant and went through all the stages of the American military hierarchy. He flew on an F-16 fighter, was shot down, participated in a number of wars. That is, this is a real combat officer who perfectly sees the key areas of development of American (and the world as a whole) aviation.

According to a senior military man, the main priorities in the development of the US Air Force should be modern software for the unhindered communication of pilots with artillery and ships, in cyberspace and in space, machine learning and systematization of data.

In modern warfare, coordination of the efforts of air, ground and naval forces comes to the fore, allowing you to create an integrated team. The pilot of a plane, detecting a ground target, directs fire of naval or land artillery, or vice versa. It is this coordination of efforts that makes strikes against the enemy inevitable. Actually, the United States is already testing similar tactics in the Middle East.

The general also spoke about the recent military exercises, in which the potential of the ground forces, the Navy and the US Air Force was simultaneously involved. The modern methods of collecting, analyzing and exchanging data in real time were analyzed. The target was identified and then hit by a simulated cruise missile.

Another plus is the new technology for coordinating the actions of pilots F-35 Lightning II and F-22 Raptors with units of ground forces and special forces on the ground, which significantly increased the possibility of defeating the enemy.

Now the US military command is promoting the concept of joint management of all domains of the armed forces, which will allow, more effectively, according to the Pentagon, to reflect threats and risks from such major US adversaries as Russia and China, not to mention Iran and North Korea.

The second main area, which the Air Force Chief of Staff spoke about, is space security. Star wars did not remain fiction, they are yet to come, I'm sure, apparently, an American general. In the future, one who can effectively control outer space will win in land wars, including in trade ones. Holding positions in space is directly related to the prospects for the economic development of modern America.

Donald Trump, as you know, became the main initiator of the creation of special space forces in the United States, which have to fight for American dominance in outer space. The military elite of the president supports, because the new type of armed forces is new appropriations, new programs and opportunities. General Goldfein tried to convince the audience that he did not have any jealousy for the new command of the Space Forces, which is headed by General John Raymond. The Air Force and Space Forces are the closest types of American armed forces in terms of tasks, and therefore they are going to work in the most close contact.

The American general made another important statement. He emphasized that if American aviation now concentrates on studying and improving the means of combating only one Iran, it will be defenseless before the great powers of our time - China and Russia. But if we initially build up the potential for a possible war with China and Russia, “if we learn to defeat them,” then Iran will be a feasible goal for the United States.

We are in Yandex Zen
The tragedy of the American army ("The Atlantic", USA)
Situational analysis of the death of the MH17 flight (Malaysian Boeing 777), made on the basis of engineering analysis from 15.08.2014
67 comments
Information
Dear reader, to leave comments on the publication, you must to register.