Boris Johnson pulls from the past the forgotten “Skripals case”: possible reasons 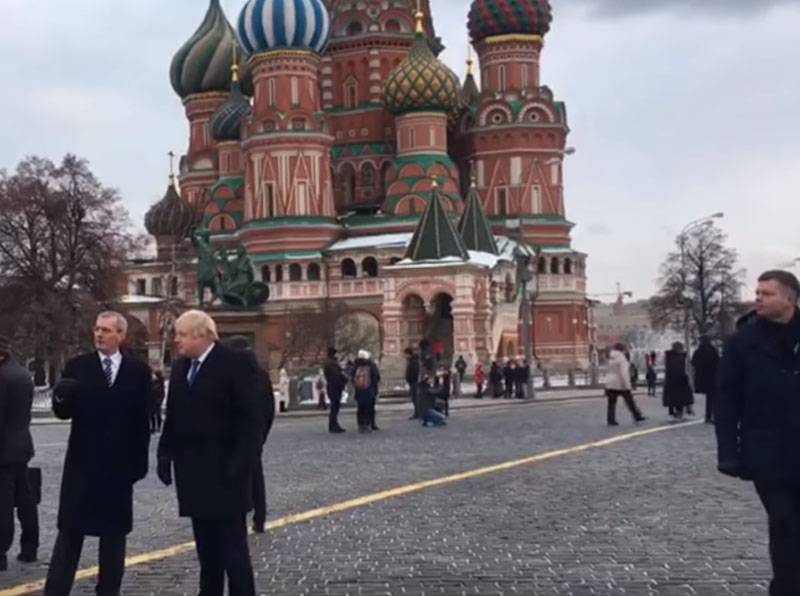 Recently, on the sidelines of the conference on Libya in Berlin, a meeting was held between Russian President Vladimir Putin and British Prime Minister Boris Johnson. After it, Putin’s press secretary Dmitry Peskov shared his impressions with the media: “In general, the contact was rather concise, but at the same time, let's say, quite constructive, with elements of such a conciliatory mood.”

Over time, the British government press service commented on the meeting in Berlin.

“Relations between Britain and Russia will not normalize until Putin stops undermining world security and pursuing a policy of destabilization that threatens both London and the allies. In addition, the UK does not intend to change its position regarding the poisoning of the Skripals as a blatant attempt to kill innocent people from the Kremlin. ”

Dmitry Peskov remarked in surprise: "The essence of the contact is very different from the essence of Downing Street's message about the conversation." Experts noted another - a new appearance in public space of the forgotten “Skripals case”.

In other words, the fairly forgotten case of the Skripals, Britain again draws to the level of international discussion. Let's talk about the reasons.

Recall briefly. On March 4, 2018, just before the presidential election in Russia, a former GRU employee working for the British intelligence services, Sergei Skripal and his daughter Julia, a Russian citizen, were poisoned in Salisbury. At least, it was precisely such reports that appeared in the British press, where after a while there appeared data about the Novice.

Poisoned survived, but London unleashed a terrible spyware all over the world history, the center of which was “Russia's violation of the Convention on the Prohibition of Chemical weapons". The expulsions of Russian diplomats from Britain and its allies followed, various sanctions. Relations between Russia and the West have received a new source of tension.

Meanwhile, London could not provide any clear evidence of Russia's guilt in this incident. With the filing of the then British Prime Minister Theresa May, an amazing meme came into circulation - “highly likely” (highly likly), which means “high probability” of Russia's involvement in the poisoning. At the same time, the Skripals themselves were safely hidden from the public, so as not to blurt out anything superfluous and not spoil the general picture of Russia's accusations of the incident.

From the very beginning of this story, the British police took a balanced position and made it clear that she did not have concrete facts with which she could support the “accusations” of politicians against Russia. The explanation is simple. Politicians come and go, and there is no reason for real professionals to adapt to them and risk their reputation.

In addition, a local policeman was injured in Salisbury. Clear evidence that Scotland Yard was not involved in the Skripal assassination attempt. The special services had to "rake" this strange story themselves.

By the fall of 2018, they gave a result. Presented to the British a photograph of Russian citizens - "agents of the GRU Boshirov and Petrov" and pointed at them - these are the Skripals poisoners! The only thing left was to put the “Russian agents” on the international wanted list, but this is the competence of Scotland Yard, and for some reason he hesitated with such a decision.

One and a half years after the incident, in August last year, the answer to this question was given by the head of the anti-terrorist unit of the British police Neil Baze. “We are police officers,” Baze told the Guardian, “so we need to have evidence.” There was a huge amount of speculation about who could be responsible (for this crime) and who gave orders - all based on Russia's assessments by experts. I need to speak with evidence. ” So Neil Beisu put an end to the Skripals affair.

Now it has surfaced again. Why?

In the wake of American politics

There are several reasons for this. Let’s explain them to our “Hiley likes”. Shortly before the meeting in Berlin, Vladimir Putin took the initiative to convene a “new Yalta” - a summit of permanent members of the UN Security Council to discuss peace issues.

Boris Johnson responded to Putin's proposal. The Americans were silent. Apparently, Washington does not need such a meeting today.

The United States has embarked on the dismantling of international agreements to untie its hands and single-handedly solve the very problems of the world that President Putin is talking about.

It is clear that the Americans do not want to be left alone before the initiative of the Russian president. Emmanuel Macron with his ambitions for leadership is not an assistant to them here. Xi Jinping, too. Remains Boris Johnson - the prime minister of the country closest and allied to the United States.

However, Johnson had already gone towards Putin, even met him in Berlin. This rapprochement had to be somehow stopped. There are no great reasons for a new quarrel between our two countries. I had to drag Skripals' dubious history from naphthalene and stipulate normalization of relations between London and Moscow by far-fetched press service.

What brings London closer to Warsaw?

The demarche of London has internal motives. Speech, of course, about the notorious Brexit. Only a few days remained before its practical implementation, and the British press suddenly became silent and abruptly switched to other topics, diverting the attention of society from the main problem of the country.

Britain was at a loss. In a couple of days, Northern Ireland will isolate itself from it with a full border (as Johnson agreed with the European Union) and will gain elements of independence. Scotland and Wales, whose opinion of Brexit London ignored, again began talking about preparations for a referendum on leaving the United Kingdom.

The City of London was in a fever. (By the way, its financial structures provide, according to various estimates, from 3 to 8 percent of Britain’s GDP.) Surveys have shown that the world is already turning away from City. A recent study by Duff & Phelps Global Regulatory Outlook found that only 33 percent of “financial business sharks” are now considered to be the capital of Great Britain. A year ago, there were 53 percent. Financiers have shifted to New York (56 percent of preferences), Hong Kong, Singapore and Shanghai. Asian centers, by the way, promise the greatest prospects.

To all these global shocks, many more problems of a different caliber can be added, from which the British press has withdrawn for a while, distracting their readers and viewers with other insignificant topics. The British government took the same path. Only in the absence of new material did it return to the old horror stories about Russia and stories that have lost relevance.

It should be noted, this lesson is unpromising. It only lowers sovereign Britain to the level of some vocal regional country such as Poland. However, it is the choice of the British themselves and, above all, the Prime Minister of the United Kingdom, Boris Johnson.

We are in Yandex Zen
Russian power in London. Britain scared of Kremlin interference in elections
Libya: after Gaddafi
20 comments
Information
Dear reader, to leave comments on the publication, you must to register.