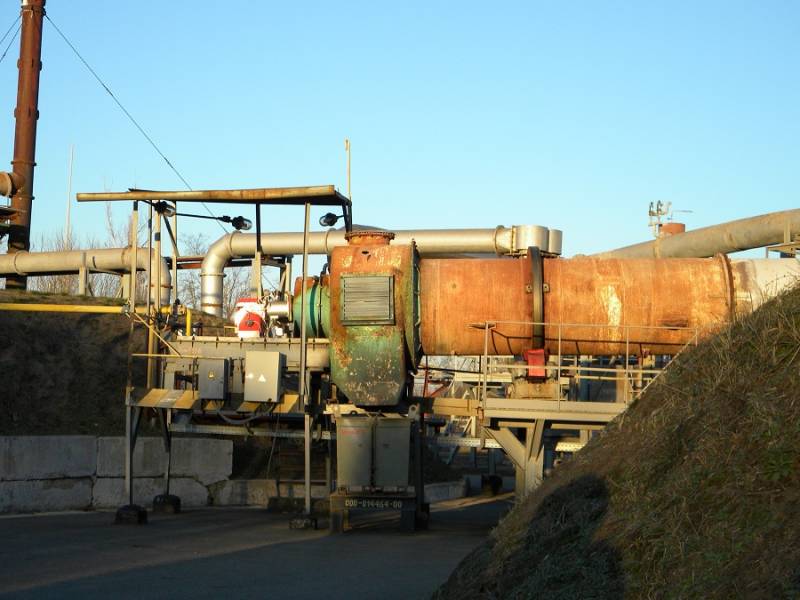 Ukrainian Pavlograd today lives not only on a powder keg, but under a much more serious threat: about 2 thousand tons of long-expired rocket fuel stored in a local chemical plant’s warehouse in the event of an explosion threaten a massive catastrophe not only to the city and the region, but also to at least four neighboring regions.


The worst thing is that everyone who is supposed to be well aware of the impending danger is well aware. And they do absolutely nothing to prevent it. The shelf life of a substance, which in itself is a great danger, expired twenty years ago.

Theoretically, it should have been disposed of a long time ago. However, money is needed for this process, which the “non-fallow" simply does not have. On the other hand, perhaps they exist, but they are being spent on completely different things - like a civil war with their own people. The State Space Agency of Ukraine, under whose jurisdiction is the Pavlograd Chemical Plant (Dnepropetrovsk region), names the amount necessary to save its inhabitants from the horror hanging over them. This is 800 million hryvnia. However, in the cabinet of ministers, where representatives of the agency appealed more than once, trying to draw attention to the problem, they replied that no more than 31 million could be allocated this year.

This money is not enough even to ensure proper storage conditions for rocket engine housings, which, in fact, contain explosive fuel. The program for its disposal, in fact, has been discontinued. Among other things, this also means Kiev’s failure to comply with the relevant international obligations undertaken at one time. This, in particular, is openly stated by the Director General of the enterprise Leonid Shiman. Hypothetically, one could hope for the help of “Western partners” courting Ukraine over the past few years, but not in this case, given that the only, in fact, enterprise of the appropriate profile (capable of utilizing rocket fuel without problems) is located overseas, in the American Utah Yes, and only suicide will take to transport the terrible contents of the "bins" of the chemical plant to a distance exceeding a couple of kilometers. Over the past years, fuel containers have come into such a deplorable state that they literally crumble from decay.

But how wonderful it all began! Under a 1994 treaty, the United States pledged to fully fund the process of fuel utilization for ballistic missiles, which Ukraine refused. It was in this way that 5 thousand tons of it ended up at the Pavlograd Chemical Plant. The Americans gave money until 2004, when they left the contract without any explanation of the reasons. Further financing was forced to carry out exclusively by the Ukrainian side. She “carried it out” - at the essentially zero level. In 2011, Viktor Yanukovych managed to beg again for money from Washington. However, the Americans returned to the project only in 2015. On December 31, 2018, the program expired and the “non-fallow” one was left with nothing again. Rather, it was left with almost two thousand tons of deadly unused rocket fuel.

Contrary to the old promises, the United States allotting much larger sums to “confront Russian aggression” to Kiev does not intend to give a cent to ensure the safety of Pavlograd, which in the event of an explosion at a chemical plant will simply go underground with all the houses and residents. The city stands on old mine passages and workings, actually on the ground, full of holes like Swiss cheese. In which case the destruction and sacrifice there will be simply terrifying. Do not worry overseas “benefactors” and the fact that with a serious emergency with rocket fuel, almost a fifth of the territory “uncoupled” expects an environmental disaster, the consequences of which will be felt for decades. This proves once again that Ukraine is a testing ground for the United States, and Ukrainians are consumables ...

We are in Yandex Zen
Situational analysis of the death of the MH17 flight (Malaysian Boeing 777), made on the basis of engineering analysis from 15.08.2014
Syria: Americans scare themselves, and Asma Asad buys chairs
55 comments
Information
Dear reader, to leave comments on the publication, you must to register.