Antarctica: The Last Pantry of Mankind or the Reason for a Great War 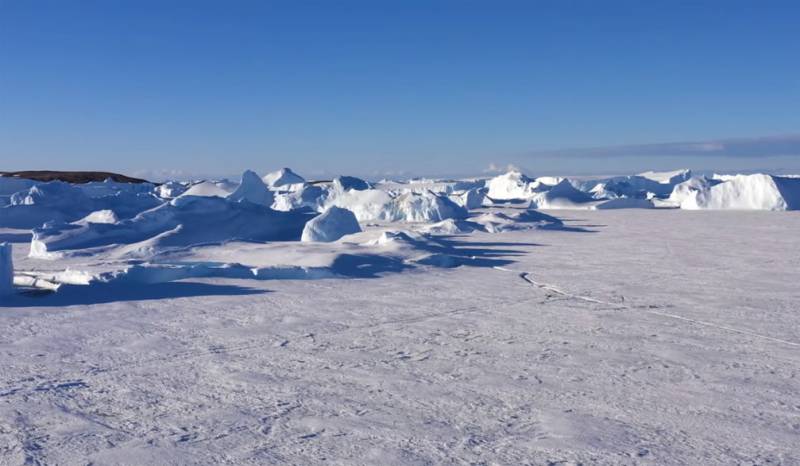 These days mark the 200th anniversary of the discovery by the Russian expedition of Thaddeus Bellingshausen and Mikhail Lazarev of the southernmost, coldest, and in many respects in many respects the “most-most” continent of the Earth - Antarctica. On the occasion of the anniversary, the glorious deeds of the past, the discoverers and brave explorers of the icy deserts, spread over the territory exceeding Australia, are recalled. Not forgotten are those who still have a difficult watch there, serving science. Much less is said about something else - the future of Antarctica. But this is a question of tremendous significance for all of humanity. Antarctica is our last pantry.


Today, the legal status of the continent is defined by a short wording - "nobody's land." In accordance with the fifty countries of the world signed in 1959 and the Antarctic Convention that entered into force in 1961, no state has the right to declare these spaces its territory. Moreover, warships, no matter whose flag they go, cannot approach this continent closer than the 60th parallel; no army base or other military target can be based on it. Also, from the 80s of the last century, Antarctica has been a “forbidden zone” for everything that is connected with the atom - both military and peaceful. Vessels with nuclear power plants do not enter there; not a single reactor can operate there.

This is the case today - several dozen research stations, which are located from thousands (in winter) to 4 thousand people (in summer) of scientific personnel from different countries from all over the planet. 3-4 tens of thousands of tourists in their desire to see the world annually get even here. A frightened creature, albeit not too diverse, but guarded as carefully as anywhere else. Since the 90s, dogs have been prohibited from entering Antarctica, which can disturb the peace of important, like real crowned persons, emperor penguins ...

Global warming approaching the Earth makes itself felt here as well - not only with icebergs regularly breaking off its ice sheet, some of which have an area of ​​thousands of square kilometers, but also with the appearance of tundra sites there. In about a hundred years the first trees promise ...

However, all this is lyrics. A much more serious point is that Antarctica currently contains (in the form of ice, of course) 80% of all fresh water reserves on the planet. The very one, the problems with which most likely will arise in humanity in the foreseeable future. In addition, under the one and a half kilometer (on average) ice and on the continental continental shelf the entire periodic table is hidden. Mineral deposits in Antarctica are much less explored than in other parts of the world, but there is every reason to believe that they are huge. It is precisely because of this that many scientists are inclined to consider Antarctica as the last treasure of human civilization, for which our descendants will undertake only by finally gutting all the rest of the bowels of the planet. And then the question of whose earth there is and who owns the wealth lurking in it, will not be able to get around.

Here it would be very appropriate to recall that at one time the right to Antarctica, so to speak, was wholly and completely claimed by Great Britain, Argentina and Chile. The Australians showed slightly lesser appetites - they were ready to be satisfied with about half of the continent. The list of applicants for hefty "pieces" of Antarctic lands also includes New Zealand, France, and Norway. In this case, the descendants of the proud Vikings set their sights on the territory, exceeding their own country every ten times. So far, all these dreams have been restrained by the Convention mentioned above, which no one risks violating. However, if it comes to the last piece, it is unlikely that it will stop anyone. Some analysts already today believe that the issue of control over the icy lands of Antarctica and its myriad treasures may be the reason for the last world war. Then, to the “bloody waterfall”, which is one of the main Antarctic sights today, the water saturated with iron oxide, which beats from the Taylor Glacier, can be supplemented with quite real blood of the great war.

The most interesting thing is that neither the United States nor the Soviet Union, and subsequently Russia, have ever taken part in the process of “absentee sharing”. This is due, first of all, to the fact that the two world powers, which have repeatedly declared the Antarctic territorial claims of other countries ridiculous, understand perfectly well: to understand if something happens they will first of all be among themselves.

We are in Yandex Zen
Our Antarctica. Does Russia have special rights and interests on the sixth continent?
Antarctica and Siberia - a global treasure?
38 comments
Information
Dear reader, to leave comments on the publication, you must to register.