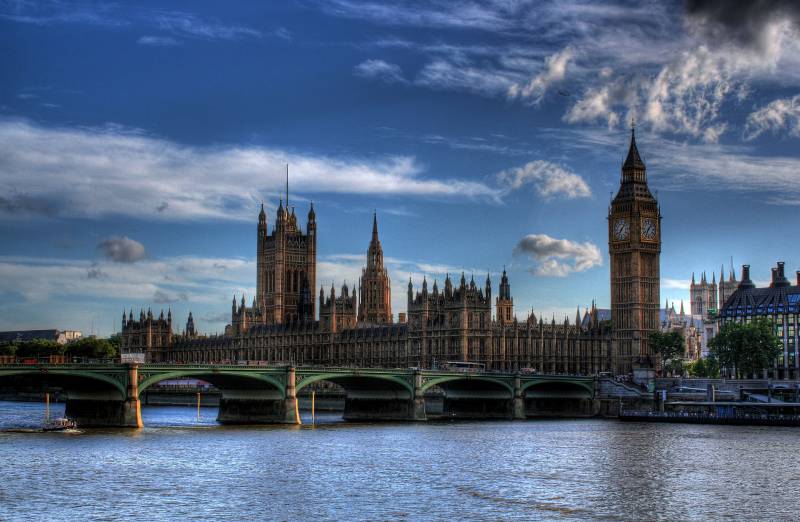 In late January, Britain finally decided to implement the so-called Brexit, a way out of the European Union. There is a corresponding justification. But how full is it? Is there a main reason for hiding?


To understand this, it is necessary to at least briefly understand the nature of this state. Officially, it positions itself as primordial democracy, a champion of humanism, a defender of human rights, and so on.

Therefore, first about democracy. It under the control of the monarchy? .. The once fashionable word “oxymoron” immediately comes to mind.

About British humanism. First, remember the British history. All of it represents a series of large and small crimes of the English against humanity. Hitlerite Germany, the main instigator of World War II, killed 50 million lives. But England is clearly circumventing this criminal regime. She carried out the genocide of the population of the whole continent - Australia, practically destroying the indigenous population, the insignificant remains of which were preserved only by a miracle. And the natives of the huge island of Tasmania were cut out by subjects of the Queen of England absolutely everything: from the elderly to infants. The area of ​​this island, by the way, is almost equal to the area of ​​Belgium and the Netherlands combined. And millions or tens of millions of people in Africa and Asia, destroyed by the British colonialists, are generally not accountable. In India alone, during the famine of 1769-1773 caused by the British, about a third of the inhabitants of Bengal alone died - from 7 to 10 million people. (Tyurin A.V. How Western capitalism was built: famine in British India.)

It is impossible not to recall that the indigenous population of another continent, North America, was also practically destroyed again by immigrants from Britain. Affected the British mentality.

It is advisable to write about human rights and other things from the position of the ex-Minister of Defense of Britain.

The right to life there is shamelessly violated. England does not spare either its subjects or foreign citizens. Recall at least the hanged Berezovsky. The official version of his suicide was criticized even by the British media. I have no evidence, but I have no doubt that he was killed by the bloody British intelligence services. Similarly, with the poisoning of the Skripals. I do not think that the queen personally participated in the development of this operation, but as the head of state, she is fully responsible for the activities of her special services.

On the outbreak of world wars without a British worldview. German naval minister A. von Tirpitz writes in Memoirs that it was Britain that pushed the German leadership to the outbreak of the First World War, having given Germany a signal through diplomatic channels that it would not enter an impending war. This, of course, does not remove responsibility from Germany, but shows the true role of England in this disaster.

The Second World War, of course, began with the attack of Germany and Poland on Czechoslovakia - this is an indisputable fact. But the information that Hitler came to power was financed by British banks, too, though with difficulty, made its way to the pages of the press. By the way, for some reason, documents on the flight of Hess to England are still not declassified. It is possible that he flew in to remind the British of some kind of pre-war accords, possibly pushing Germany back to this terrible war.

Against this historical background, the behavior of an island state, hastily escaping from the mainland, becomes alarming. Is it again preparing another world tragedy? Hiley Likely.

We are in Yandex Zen
The world we leave, the world we enter, and the world between them
The deadly mistake of mankind is democracy
40 comments
Information
Dear reader, to leave comments on the publication, you must to register.