"Do not comply with flight safety": Germany abandoned the new American UAV 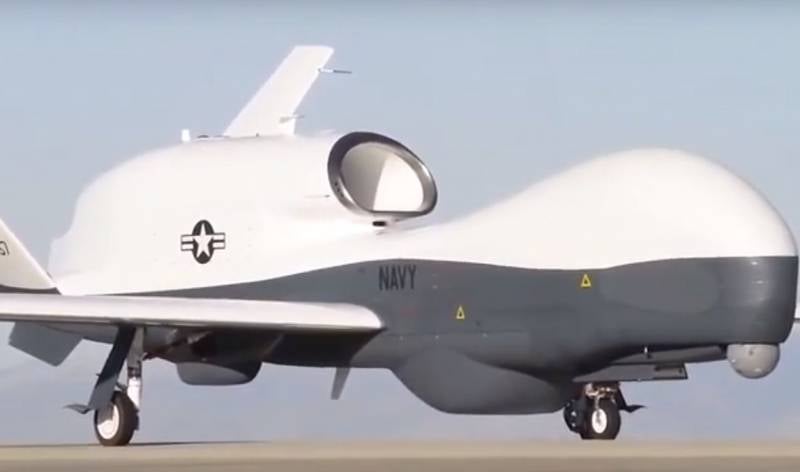 Germany is gradually slowing down its military cooperation with the United States. So, Berlin refused to purchase new US drones worth $ 2,5 billion.


We are talking about the rejection of the acquisition of reconnaissance unmanned aerial vehicles (UAVs) MQ-4C Triton, which is produced by the American corporation Northrop Grumman. Instead, the German government will acquire electronic reconnaissance aircraft based on the Bombardier Global 6000 aircraft. But this aircraft is manufactured in Canada, and not in the United States, and the demonstrative abandonment of the American drone looks even more offensive.

The order of four drones became known in April 2018. Then, two years ago, the German military department was going to acquire unmanned aerial vehicles (UAVs) used by the US Navy. And it seemed that a deal worth $ 2,5 billion was already a settled issue.

Well, the Germans didn’t have enough money to buy UAVs, but in Germany they announced the shortcomings of drones. According to the German military, American equipment does not comply with safety standards. It is about the airspace of the EU countries. This is not only Germany’s refusal, it’s also a direct hint for other European countries, since the safety standards in the EU are the same everywhere. And if Germany decided that an American company’s unmanned aerial vehicles are not suitable for flights in the EU’s airspace, then the air command of other West European states could theoretically come to the same decision, and this is a big loss for the American industry producing this brand of unmanned aerial vehicles aircraft.

Another complaint that arose among German officials was the too high cost of unmanned aerial vehicles. As for the electronic reconnaissance aircraft that are based on the airliner, they have no restrictions and obstacles for operation in the airspace of the European Union.

The refusal to purchase drones by some means of the media was immediately filed as some evidence of a breakdown in relations between Germany and the United States. Indeed, Trump and Merkel now have many contradictions, and rather strong disputes arise just in the military-political sphere. Germany refuses to increase defense spending, to pay for the maintenance of the US military contingent those amounts that are voiced by Washington. And indeed, the heirs of the great Otto von Bismarck, apparently, are tired of the American military presence. They themselves claim a leading military role in Europe, along with their closest neighbor - France.

But the situation with drones in this case, of course, is hardly worth considering as clear evidence of a breakdown in relations. Rather, the Germans found a really more technically and commercially attractive offer. But the American military industry didn’t do without some warning: here, they say, you will put a lot of pressure on us, we may stop buying your military equipment.

Interest in Russian anti-aircraft missile systems is also shown by such traditional US allies as Saudi Arabia and Morocco, Russian weapons became interested in Pakistan. Against this background, the United States’s refusal to acquire American drones also appears to be a sad phenomenon for the United States.