Dead end. The Accounting Chamber did not evaluate the programs of the Bank of Russia 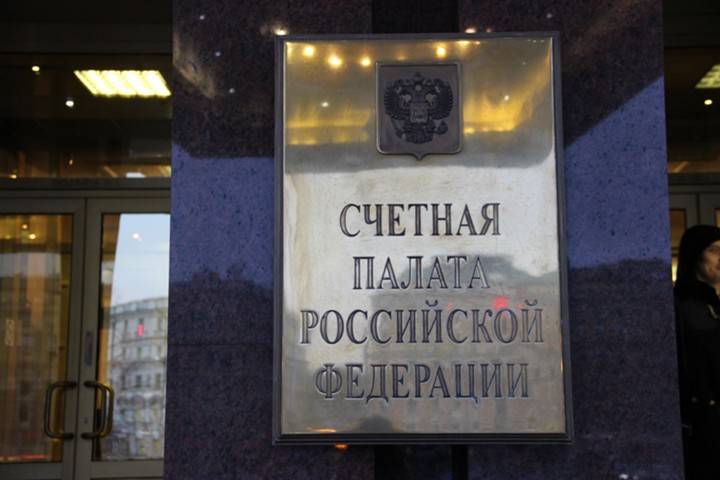 The main thing is not the result

The Accounts Chamber of the Russian Federation very effectively criticized the activities of the Bank of Russia in developing financial markets. With affordable loans in Russia, a complete collapse, banks, even large ones, cannot be considered really stable; most entrepreneurs have practically ordered access to financial markets.

These are the results of a study of the already implemented Central Bank of the Russian Federation program for the development of financial markets, if formulated directly and fairly harshly. The Central Bank of the Russian Federation, as you know, completed the first such program in 2018, and now it implements the second one, designed for a period of up to 2021. However, there are very big doubts about whether the Central Bank will draw appropriate conclusions from the “counters” criticism. 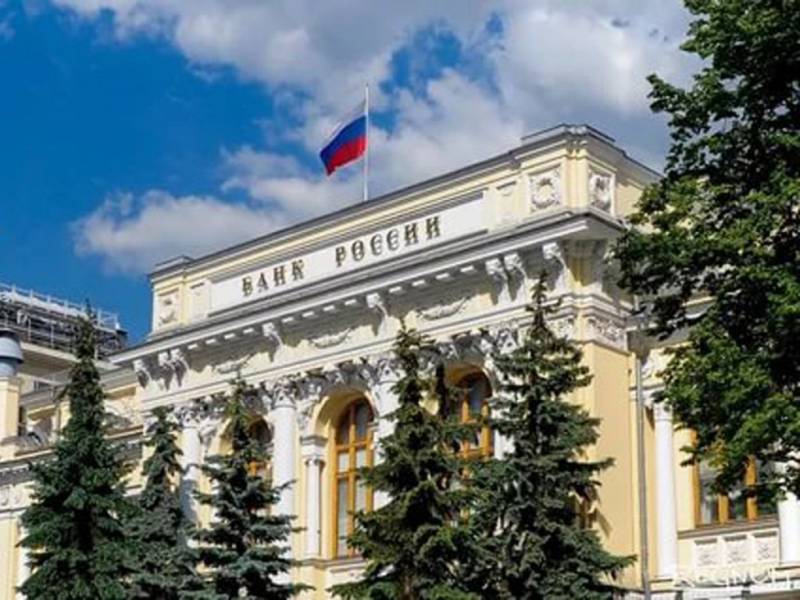 The auditors finally voiced much of what independent experts have repeatedly talked about and wrote to the media, including Military Review (“Our Central Bank is the most central bank in the world. Who does he serve? ” According to the factor “Development of the financial market”, which the Central Bank of the Russian Federation programs are oriented to, Russia remained in 95th place.

These are data from the World Economic Forum for 2018-2019. only confirm the conclusions of Russian auditors: a significant lag behind developed countries still has a place to be. True, according to the global competitiveness index, Russia managed to rise from 45th place to 43rd among 141 states.

Auditors of the Accounts Chamber note that many of the goals set by the Central Bank for the development of the financial sector have not been achieved. Whether they will be achieved by the end of 2021, the report does not say. But it is written that in the programs for some reason it is said that, in fact, no one asked the bankers.

It is difficult to say whether the goal of the country's main credit institution is to ensure economic growth and improve the quality of life of citizens. It seems to be written in the Central Bank’s program on the basis of the old bureaucratic principle: “Make me beautiful,” but in fact - so that less attention is drawn to the solution of more specific, applied tasks, as the auditors say.

The report of the joint venture of the Russian Federation also rightly noted that the Russian financial market has “significant reserves” to accelerate economic growth. And this despite the fact that from the analysis of the Accounts Chamber specialists it follows that from seven indicators of the financial sector development for 2016–2018. the goal was achieved only one thing - the ratio of insurers' assets to GDP.

All the others, including the ratio of banking sector assets to GDP, loans to the economy to GDP, pension savings to GDP, the ratio of insurance assets with an assessment of potential risks, and others, according to the report, only got worse. From the report of the auditors of the joint venture of the Russian Federation, the conclusion involuntarily suggests that the financial market, instead of developing, receives an incentive only to curtail its activities.

And this should already be regarded as a direct long-term result of the efforts of the Central Bank. Although they immediately hastened to answer the office of Mr. Kudrin, that the reduction in the number of banks is a global trend. But to whom it is easier from this ...

However, Ms. Nabiullina considered it necessary to personally note that unscrupulous and unstable participants, who practically do not affect the sector, continue to leave the market. At the same time, the head of the Central Bank also decided to draw attention to the fact that now the Bank of Russia’s interaction with the government has been quite effectively established.

So, now the relationship with the cabinet has been established - it’s hard here to disagree with Elvira Sakhipzadovna. Should she not know how difficult the contacts of the economic bloc of the government with the main credit institution were before she joined the Central Bank of the Russian Federation.

Therefore, it must be recalled that earlier the careers of the current leaders of the Accounts Chamber and the Central Bank intersected in several other areas. Multiple candidate for the premiere, Alexei Kudrin, for a very long time, since 2000, headed the Ministry of Finance, and from 2007 to 2011 even confidently combined this post with the post of deputy prime minister. 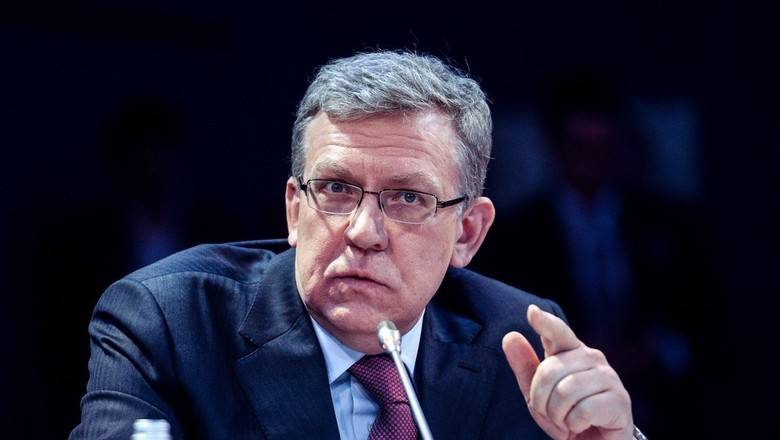 Around the same time, from 2007 to 2012, Elvira Nabiullina was in charge of the Ministry of Economy, which under her was transformed into the Ministry of Economic Development and Trade, which in itself is very significant. The department has reached a completely different level of authority and capabilities. 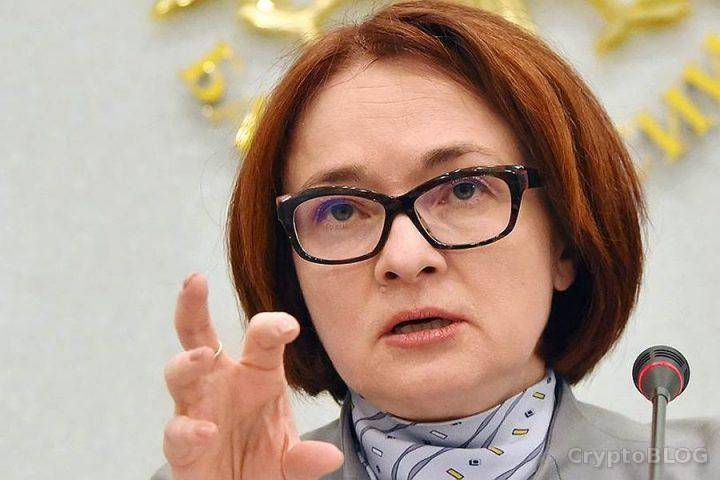 The Ministry of Finance, unlike the Central Bank, the lender and the regulator, is a large federal box office, which is supposed to distribute budget funds to ministries and departments. And the Ministry of Economic Development is just one of the recipients of budget billions, and one of the largest.

So, under Nabiullina and Kudrin, these two giants dived with enviable regularity, and mainly not because of the volumes, but because of the timing of the receipt of funds. A clash from new positions was almost inevitable, although there is still no talk of a full-scale verification of the Bank of Russia.

If such a political heavyweight as Sergei Stepashin, when he headed the Accounts Chamber, turning it into the main controlling institution of the country, the entrance to the Central Bank of the Russian Federation was ordered, what can we say about his successors! With all the authority of Tatyana Golikova and Alexei Kudrin, they lack primarily charisma.

To look into the future? Not the first time

As a result, the Auditors of the Accounts Chamber had to confine themselves to checking the implementation of the financial markets development program. For many years, auditors of the joint venture of the Russian Federation simply pointed to the door when they tried to figure out at least the past merits of the Central Bank.

Moreover, the refusal was invariably argued by the fact that for such structures as the Bank of Russia, the international practice of independent audit was adopted. And even the auditors were called, the entire world four at once: Price Waterhouse Coopers, Deloitte Touche Tohmatsu, Ernst & Young, KPMG. 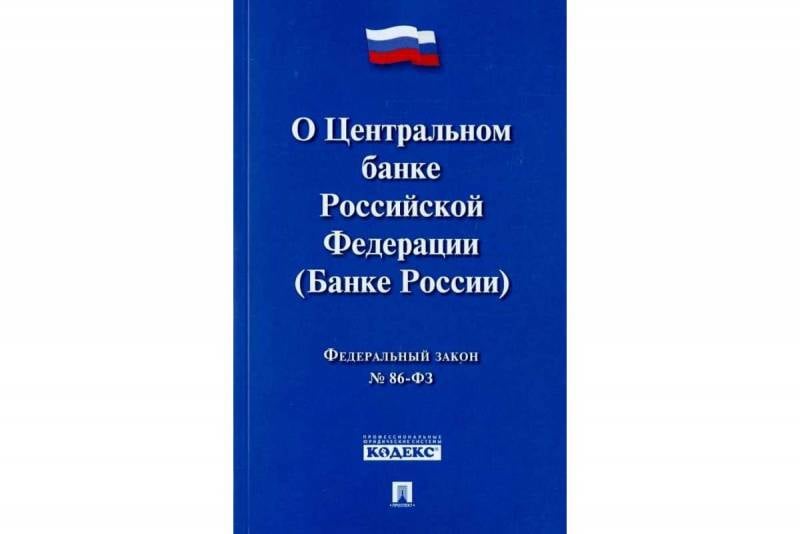 Is that why the Accounting Chamber decided to go from the other end - to look into the future? The fact is that one of the programs of the Central Bank in the main areas of development of the financial market has already been completed, and, as already mentioned above, has not produced the expected results, and the second, designed for 2019-2021, as you can understand, is still being implemented.

It is its contents that concern the main strategic comments of the auditors. We still have no idea about the financial situation of our state and semi-state banks. The Central Bank program does not seem to say a word about this at all. Turning the banking system into a twenty, at best thirty chosen ones, has already become a reality.

How it works at all can be judged only by a whole series of mostly indirect features that cannot be called positive. And the first of them, as in the years of high inflation, remains an overstated credit percentage. With official inflation significantly lower than 4 percent, credit funds due to overstated bank rates, starting with the key one from the CBR, remain simply inaccessible to a wide range of recipients.

Is it any wonder that small and medium-sized businesses in Russia continue to be curtailed, just like the financial services business? A widely advertised decline in mortgage interest is actually still very far from a really decent level. Not to mention the Soviet half percent per annum for buyers of cooperative apartments!

Having practically finished a large-scale cleansing of the banking sector, the Central Bank of the Russian Federation has not decided what “reorganization” is and what constitutes anti-crisis or anti-sanction management of problem banks. We still have not been told what exactly are “toxic assets”, which literally scared financiers for a long time.

Recently, they seem to have forgotten about “toxic” assets, they even say little about “risky” ones, owning which no one is safe from sanctions or from depriving the CBR of a license. The Accounting Chamber almost the first thing noted a significant reduction in the number of financial institutions. Most of them are banks, although the insurance sector has also become catastrophically behind the real needs of the market.

We are in Yandex Zen
What is waiting for Russia? Degradation or a bright future?
Situational analysis of the death of the MH17 flight (Malaysian Boeing 777), made on the basis of engineering analysis from 15.08.2014
41 comment
Information
Dear reader, to leave comments on the publication, you must to register.