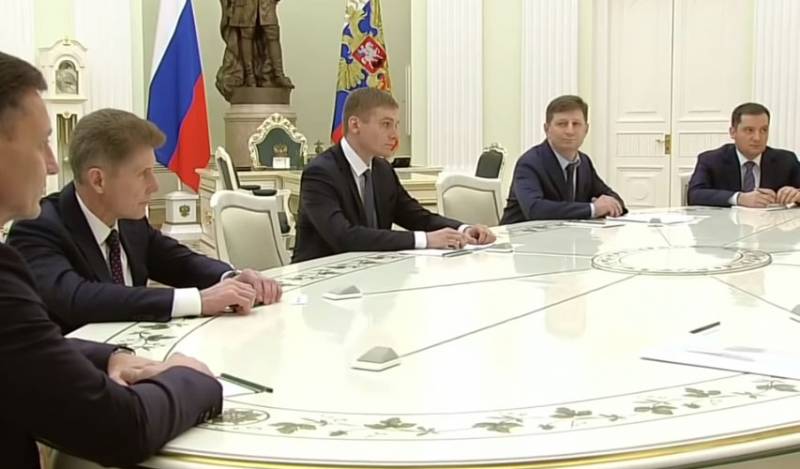 The tension in the country caused by the upcoming changes in the constitution does not subside. Perhaps for most ordinary people this tension is hardly noticeable ... There are no discussions on television screens, there are no disputes in the Duma, there are no revelations of someone’s machinations ... The usual quiet work of lawmakers.


However, those who are interested in the issue today, it is clear that the work to amend the Basic Law is huge. For example, today more than a hundred proposals have already been submitted to the commission for the preparation of a new edition of the constitution. But the work has just begun.

About the state system of Russia

It is important for me, like many other citizens of Russia, to understand several issues. Will the changes in the state structure of the country affect? In other words, will we really become a federation or maintain status without real content, as is happening today?

Who will govern the country and what term of office will this be limited to? Will we continue to draw managerial personnel from Moscow and St. Petersburg? Or will there be an opportunity to be promoted to senior government posts by regional officials? There are many questions.

Are we a federation? Are our regions and national republics state entities? Personally, I can not unambiguously answer this question. Yes, we have our own regional thoughts, governments - and so what? What can all these bodies decide without coordination with the Kremlin? We select governors. And who accepts the resignation of these elected officials?

An elected official cannot be “eternal”

President Putin voiced an important decision. On limiting the term of office of the President of the Russian Federation. I completely agree that a long stay in the highest position in the state is nonsense. We are all human, and nothing human is alien to us. Any leader cannot live alone. He lives among people.

Gradually, not only professional, but also personal ties are being established. Good friends and friends appear. The official often does not even know how his personal acquaintance affected the life of another person. Slaughter, of which in any office in abundance, notice everything. And they will help a personal friend of "himself" to advance through the ranks, and get a profitable contract. Just in case. Suddenly, where fishing and people remember them with a kind word. And the owner will hear ...

There is another factor, the importance of which is undeniable for the leader. The official should not sit too long in his place. Russian emperors still knew this truth. Why is it so alarming in the offices when appointing a new boss? Because the broom is new. He sees unnecessary and sweeps. Or ... make work! Moreover, the current order will be broken. Pull subordinates. Build your vision of work. And so it will last three to five years. Until it breaks the old system. Until he achieves an improvement in the work of his office. Another year or two will be spent on “polishing” the new system. And then?

Then everything. Stagnation. There are no new ideas. The system is working well. You can rest on your laurels and receive well-deserved rewards. But time does not stand still. Working conditions are changing rapidly. We need to break something again. I don’t want to. And it is not known what to build in return. And I don’t want to leave.

The federal center is still the center of the state. But in the federal state there are other centers - regional. And governors and heads of republics rule there. And their power is not much less than presidential at their level. Each of us sees the result of such a separation of power in our own city. Even in the appearance of the city, if you will.

Houses and roads may not be repaired for decades. A classic excuse: there is no money for everything. But if only the president of the country plans a visit to this same city or region, the money is immediately available. Roads become good, stucco and paint at home. Parks equip. Miracles, and only.

And here a question arises, which I will try to answer today. Why are some governors elected (before 2004), appointed (until 2012), elected for one term or even part of the term, while others sit on their estates for decades?

I specifically looked at the ratings of the regions of Russia in order to understand the system for evaluating the performance of governors. The oldest governor of Russia is Evgeny Savchenko. He has been leading the Belgorod region since 1993. 27 years! At one time, the region achieved significant success in the development of industry, agriculture, and the mining industry. Even in social programs there were significant changes for the better. Today, others may be leaders, but still, Belgorod region is definitely not an outsider.

Kaluga Governor Anatoly Artamonov with a rating at the beginning of the fourth ten, but in his twentieth year in service. Since 2007, the head of the Republic of Tuva, Sholban Karaool, has been unable to raise the republic above 84th place. There is still a relative centenarian in the regional government - Ramzan Kadyrov, but this is generally a separate topic for discussion.

Why are they re-elected?

This means that the region’s economic indicators do not always affect longevity. I have little faith that some governor or head of the republic would risk freedom and offer a bribe. One thing remains.

Namely, the use of administrative resources within the region, which, given the system of election of governors, is quite capable of ensuring the winning of the next elections in the region. That is, in the region, in my opinion, there is a lobbying system for “their” candidate. Indeed, approximately the same systems existed in other regions of Russia, judging by the complete loss of confidence in the elections by voters.

I can’t talk about all the regions in which recently elected new governors, but, as it seems to me, this state of affairs has been identified without much influence from the center. The local political elite has bothered people to hell. And ceased to be monolithic. Hence the criminal cases against senior officials of the regions. Hence the leak of information and so on. Every man for himself.

By the way, another interesting detail is noticeable in the political life of the regions. What most prefers not to notice. Putin’s managerial training program has been launched. Most of the new governors are from there. Young, eager for power, not afraid to take responsibility, in a good way arrogant people.

A year or two ago, when the first signs of dissatisfaction with the work of the government appeared, a lot of attention was paid in the press to discussing candidates for the post of new prime minister. Then several names sounded at once.

If you follow Putin’s logic, governors who were elected three or less years ago today may be “trained” in managing large regions. Or pass an exam, if you like, on the ability to manage complex territorial entities. Simply put, today the president is looking, again, perhaps, for his successor. Time runs fast and there is not much time left until the end of the presidential term.

I perfectly understand the situation that will develop in 2024. Presidential elections. One of the candidates is Putin's clear favorite. The rest, as always, is something like Ksenia Sobchak. There will be a couple more from the same “Putin chicks,” but from parliamentary parties.

Elections will pass, the follower will get everything. Not like Vladimir Putin himself had in 2000. That's all. Not only the presidency, but also the already prepared local elite, which will become an ally. By the way, the same applies to the formation of the future government.

Incorporate into the constitution ...

Returning to the beginning of the conversation about the governors of the Russian regions, I want to make my proposal for changing the constitution. It is necessary to introduce a time limit (no more than two terms) for election to the post of governor of one region. It is one region.

So we can give the opportunity to competent leaders who feel their strength and ability to benefit, apply for the position of governor many times. The rotation of personnel, which only the lazy does not speak about today, will not be at the pointing finger from above, but at the request of the official himself. And the concentration of talented officials on the centimeter of Moscow or St. Petersburg land we will definitely reduce.

We are in Yandex Zen
The tragedy of the American army ("The Atlantic", USA)
Situational analysis of the death of the MH17 flight (Malaysian Boeing 777), made on the basis of engineering analysis from 15.08.2014
39 comments
Information
Dear reader, to leave comments on the publication, you must to register.