China.com: The West will destroy Russia in three hours, the main problem is the unavailability of aviation 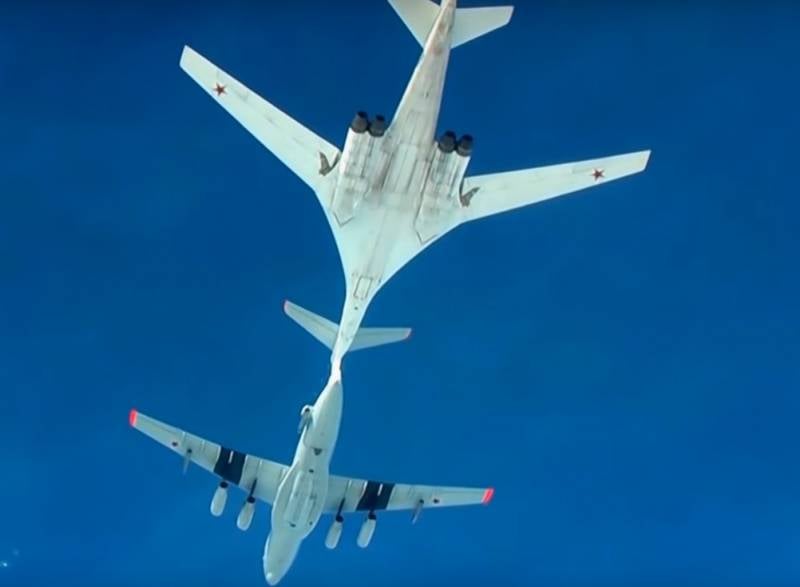 A possible large-scale war is being discussed not only in Russia, the USA and Europe, but also in China. In China, they fear a quick defeat of Russia, which is supposed to be destroyed by the West, led by the Americans in three hours. Even the "reason" is called - "unavailability aviation".


The publication China.com writes that recently, the confrontation between Russia and the United States has significantly intensified. One of the main reasons was the conflict in the Middle East, in which the interests of the Russian Federation and the United States seriously clashed both in Syria and over the role of Iran in regional politics.

As a preemptive measure, the United States became preoccupied with isolating Russia. Moreover, this isolation is built from the Middle East through Eastern and Western Europe to the Arctic region. Russia, of course, is trying by all means to overcome this isolation, especially in the military sphere. So, the Arctic region is becoming very promising, where new weapons and military units are deployed, maneuvers are constantly being carried out.

However, the main direction, according to Chinese analysts, remains European. And it is on it that Russia is in for a tremendous danger. After all, here are concentrated both the contingents of US troops in Europe and the armies of American NATO allies.

In the European direction, the Americans deployed powerful medium-range missile defense, strategic aviation and, most importantly, 600 nuclear warheads and 80 strategic bombers capable of carrying nuclear weapon. These forces, according to China.com, are enough to sign a death sentence for Russia. Three hours - and Russia can be destroyed as an independent state: the Chinese media come to such a sad conclusion.

The Chinese accuse Russia of obsolete weapons. So, not so long ago, another Chinese publication, Sina, published a large-scale article in which it tried to justify why Russia could not produce strategic bombers, and even the PAK DA project is not a breakthrough in military aviation. The Chinese see the main problem in the lack of money: there is no funding - there is no development or production, and in terms of money, Russia, of course, is not a competitor.

But is this really so? The Americans are really building up their arms in Europe, integrating more and more countries into NATO. But their allies in Eastern Europe are dwarf states capable of displaying several battalions of little motivated soldiers. The use of nuclear weapons may be limited by the authorities of Western Europe, which would not want to turn their states into targets for Russian weapons.

In addition, recently, Russia has been paying special attention to the development of its own latest air defense and missile defense systems, radar stations, military aircraft, and submarines. Of course, maybe we are reequipping not at a very fast pace, but the fact that now the Russian army is the most combat-ready for the entire period since the termination of the Soviet Union. Moreover, this combat capability is provided not by the number of personnel, but namely by armament and the quality of training. Gone are the days when Russia "threw" the enemy with soldiers of rifle divisions. Now a new high-precision and high-tech weapon will operate.

Russia also claims that in a matter of hours it will be able to strike at the most important points of the enemy. It is unlikely that the American establishment and London financiers want to turn into nuclear dust under the blows of Russian missiles at key centers of the West. Perhaps the Polish or Baltic Nazi fanatics would agree with this prospect, but fortunately no one takes their opinion seriously even in the West.

The interest of China in a possible war of the West against Russia is also understandable. Beijing is well aware that, firstly, Russia is the “key” to Asia, and if the West defeats Russia, then China itself will become the next target of the American attack. Secondly, the overthrow of Russian power and the establishment of control over Russian territories will deprive China of the opportunity to use Russian natural resources, which will also have extremely dire consequences for the Middle Kingdom.

Finally, there is also the Arctic, into which China is also trying to break through, but since it is not an Arctic power, it can act in the Arctic latitudes exclusively through Russia. So all the reasons for China to worry about the fate of Russia lie in a purely pragmatic plane.

We are in Yandex Zen
Situational analysis of the death of the MH17 flight (Malaysian Boeing 777), made on the basis of engineering analysis from 15.08.2014
Strangulation: the context, conduct and consequences of the American naval blockade of China
161 comment
Information
Dear reader, to leave comments on the publication, you must to register.