Military budgets of the USSR, USA, China and the Russian Federation: a comparison in numbers 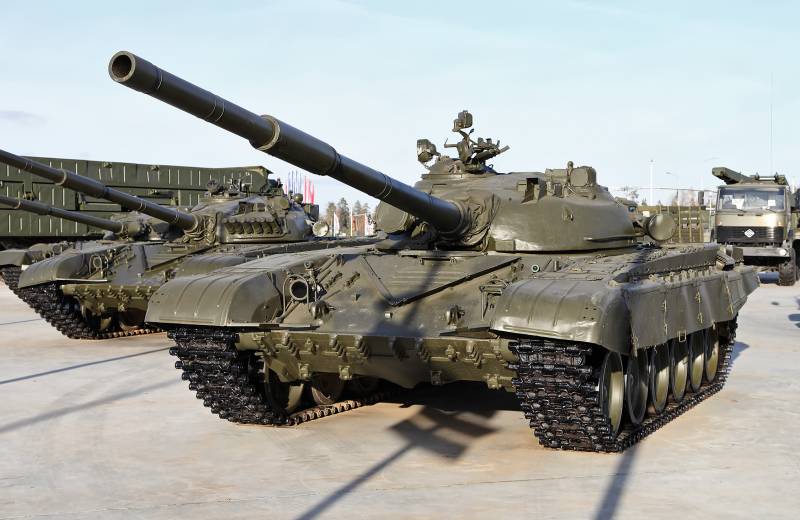 The size of the appropriations for defense spending has always been a "sore point" in our country for both conditional "liberals" and no less conditional "patriots." True, at the same time they approached its consideration and assessment from diametrically opposite positions.


The former, as a rule, reduced their point of view to the fact that the country “wasted colossal means for militarization,” seeing in it the undoubted root of all economic and social problems. The latter, as you might guess, rested on the fact that the cost of the army in Russia, in contrast to the USSR, is "completely inadequate" both in comparison with its most likely opponents (countries of the NATO bloc), and with the same China.

However, recently the “representatives of the democratic public” have taken over the baton from them, trying to assert that our country has nothing to try to enter into serious geopolitical disputes and conflicts - with its "meager military budget." So who is still right?

It depends on how you count

To begin with, the astounding figures repeatedly quoted in various domestic mass media “of the enormous expenditures on the army and the military-industrial complex” that supposedly took place in the Soviet Union and “undermined its economy” do not completely correspond to the truth. However, like the vast majority of anti-Soviet "horror stories" generated in the bad times of "perestroika" and repeated like sacred mantras by its "foremen".

Here are three of the most common and well-known options.

USSR Foreign Minister Eduard Shevardnadze talked about 19% of the gross national product (GNP, not to be confused with GDP!) Of the USSR, which goes to defense needs. Mikhail Gorbachev “rounded” this figure to 20%. The chief of the General Staff of the Soviet Army, Army General Vladimir Lobov, outdid both of them, publicly declaring that the "war milk" devours a third of the country's GNP, if not more!

The Americans who perfectly heard what he said were immediately calculated: the percentage voiced by the chief staff officer looked like 260 billion rubles (if you take the 1988 prices). At the official exchange rate, more than $ 300 billion!

The United States defense spending in that period ranged between 250-280 billion a year, so it sounded quite reliable. That's just absolutely not true. This is partly proved by the fact that the “perestroika”, who took control of the country and began to “reduce” (and in fact just ruin) the domestic defense industry at an accelerated pace, did not solve any economic and general economic problems. On the contrary, they bred them above the roof.

However, in the United States itself, analysts from the Central Intelligence Agency, who were tasked with assessing the size of the defense costs of the Soviet Union and their share in the country's budget, considered the figures of Shevardnadze, Gorbachev and Lobov to be unscientific fiction. In the CIA, by the way, from the 50s of the last century until the collapse of the USSR, a special SKAM program was in place, the purpose of which was exclusively to determine the share of military spending in the Soviet GNP. Spent on its implementation from 5 to 10 billion dollars (according to various estimates). So, with the sweaty faces of the analysts from Langley it turned out that in reality the Soviets spent up to 12% of GNP in the 70s and up to 15% in the 80s. When the tserushniki tried to comprehend the difference between the official ruble to dollar exchange rate published in the Izvestia newspaper and the real ratio of the two currencies according to their purchasing power, their brains simply began to boil.

So how was everything really? According to the most reliable data, the official military budget of the Soviet Union from 1968 to 1984 amounted to approximately $ 17 billion (with slight fluctuations over the years). In 1985-1987, it increased to 19-20 billion. In 1989, Mikhail Gorbachev approved defense spending of more than 77 billion rubles. To recalculate then rubles into dollars is an extremely difficult matter, I will leave it to those who wish to do it themselves. The military spending of the United States, as mentioned above, far exceeded 200 billion a year. So what, we spent "on guns" 10 times less than Americans ?! Let's not rush to conclusions.

MIC of Russia: risen from the ashes?

It is no coincidence that the above figures are official. In the USSR there were plenty of ways in which they, so to speak, corrected themselves so as not to jeopardize the image of the most peace-loving state on the planet. Just one example: missiles were products of the Ministry of Engineering, and warships went through the shipbuilding department. The USSR is not the United States, the military did not buy out the products produced for them by other sectors of the national economy, but received it. According to more objective data, the real military costs of the Soviet Union in the period 1985-1991 ranged from 260 to 319 billion dollars, the United States - from 258 to 306. Here you have a very real military-strategic parity, which really existed.

Alas, with the collapse of the great and powerful country, the ratio began to change rapidly - not in our favor, of course. The military budget of Russia from 1992 to 1995 collapsed from 142 to 40 billion dollars, while the Americans continued to remain at the same level. What will happen next, I will not paint: what is the point of repeating well-known truths, almost axioms? In the country there was a real pogrom of the military-industrial complex and the collapse of the armed forces, after which the defense industry had to be reborn from the ashes and ruins like a fabulous Phoenix bird. The "countdown" began after the arrival of Vladimir Putin in the Kremlin. Whether someone likes it or not, numbers and facts are stubborn. In order not to wander in the wilds and avoid discrepancies, in the future I will cite statistics according to the generally accepted estimates of the Stockholm International Peace Research Institute (SIPRI). According to the data announced by its experts, the military budget of Russia has grown from 34,5 billion dollars in 2006 to 90,4 in 2013. Now he is about 46 billion dollars.

In the future, surprisingly enough for some domestic and foreign experts, the country's defense spending decreased. In 2018, according to the same SIPRI, it amounted to 61,4 billion dollars. How so? In recent years, the United States has been increasing spending on the Pentagon with unprecedented intensity - $ 649 billion in 2019 and the expected 738 in 2020! Over the past 20 years, China has increased the amount invested in defense by 850% - from 20 to 170 billion a year! At the same time, many analysts are inclined to believe that, as in the Soviet Union, the figures officially announced by Beijing do not closely reflect the true costs. Our country somehow imperceptibly “dropped out” from its firmly occupied third position in the SIPRI ranking, leaving India, France and even Saudi Arabia ahead. What is it? The harbinger of a new army disaster, or, on the contrary, an indicator that we finally learned how to spend people's money wisely without squandering them and investing in expensive dummies? There is no way to talk about the decline or stagnation of the Russian military-industrial complex - after all, a number of countries (including China) are purchasing our S-400 air defense systems, and not someone else's. The same situation with other air defense systems, aviation, armored vehicles. Huge budgets are not at all a 3% guarantee that money from them will not be stolen or wasted in vain (there are plenty of materials on the Pentagon’s completely failed projects that cost hundreds of millions, if not billions). One more thing to keep in mind: the USA and China are countries with huge GDP. As a percentage of this, we spend about the same amount on the army as the Americans (about 2%) and even less than the Chinese comrades, who officially do not reach XNUMX%.

The country will be richer - perhaps military spending will increase again (if necessary). In any case, the fact that in previous years Russia did not spare money on its security, in fact, made it possible to exist as a sovereign state today.

We are in Yandex Zen
Situational analysis of the death of the MH17 flight (Malaysian Boeing 777), made on the basis of engineering analysis from 15.08.2014
Results of the week. “In our cooperative, the board is always agreed”
53 comments
Information
Dear reader, to leave comments on the publication, you must to register.