To the question of the role of Stalin. You need to study the era, not stigmatize! 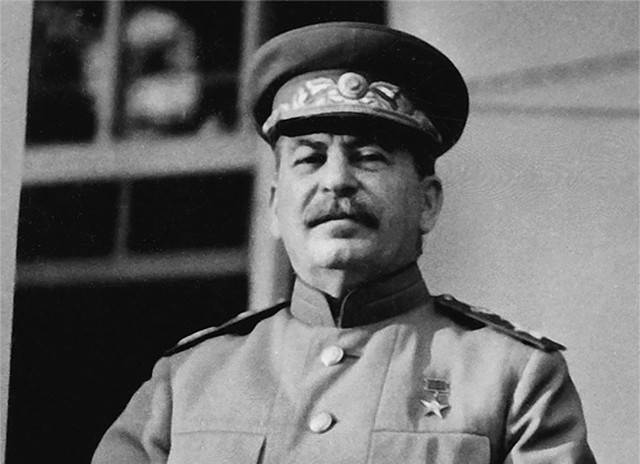 The 75th anniversary of the Victory over Nazi Germany puts the question of the role of the USSR leader Joseph Stalin in the spotlight. Revisionists of all stripes, led by Polish figures who have returned to their old Pilsuda course, seek to rewrite history World War II, to humiliate and slander Stalin and the USSR, and resort to Hitler's argument against Stalin and the USSR. This does not bother them at all, they think that they are equating Hitler and Stalin with responsibility and “totalitarianism,” while they are actually equating themselves with Hitler!


However, even in Russia, some sing "praises" to Stalin, while others blaspheme him with the last words after Western experts and Russophobes. One can say that Stalin himself spoke about these “deviations” in the joke attributed to him: “Both are worse!” He communicated on equal terms with Churchill and Roosevelt, they respected Stalin during the war years, and did not accuse them of “totalitarianism,” or they then lied ?

Speaking about Stalin, we must remember that before his revolutionary activities he received a good education at the seminary, although he did not pass final exams, but received the knowledge and argued with Trotsky on “theological” issues. Hence his oratorical abilities.

Stalin was a revolutionary and lived in a revolutionary era: “The cruel age - cruel hearts!” Our humanists, including even Posner, don’t know this, are they illiterate? Therefore, they compare the "dictator" with the peaks of his couch humanism? Who would they be in his cruel age?

Our “humanists” compare the internationalist Stalin with the ultranationalist Hitler and at the same time talk about their “objectivity”! “They are dictators!” Yes, but different, but not at all the same. Stalin can be compared with Robespierre, Danton, Napoleon, other "left" figures and dictators - this is his "dictatorial" revolutionary historical series.

At the beginning of the twentieth century, Europe - the slave owner of the world

At this time in Europe - it is entirely dictators and colonial democracies. All the leading Western countries during this period were colonial "democracies", that is, slave-owning countries, we do not know this, are illiterates? Or is a slave owner better than a dictator?

The Molotov Pact - Ribbentrop was dragged out of the context of those years as a conviction; you see, he contains secret protocols on the partition of Poland, how inhumane! That at that time it was the norm, we don’t know, illiterates?

Pilsudski Poland concluded its “pact” with Hitler first, in 1934, and then all the “democracies” of Europe joined in, although Mein Kampf was written by Hitler in 1933, they did not read it, were they illiterate? Or were they looking forward to when Hitler would begin the “campaign to the East” he had announced?

It was clear to Stalin and all politicians in Europe that Hitler decided to attack Poland when he proposed that the USSR sign the non-aggression pact in August 1939. And what, the USSR had to defend the "Pilsudan" Poland hostile to him? A country that itself had hatched plans for a "campaign to the East"? Or silently let Hitler immediately reach its borders?

England then signed a military treaty with Poland, and the USSR was denied a military alliance. England betrayed Poland, the USSR acted in the interests of its security by signing a non-aggression pact with Germany. Poland was dealt with in the same way as it had before done with Czechoslovakia, sharing it with Hitler. Do not dig a hole to another! Such were those times!

By the way, the start of World War II in Europe can rightfully be considered the capture of Czechoslovakia by Hitler and Poland. This will be an adequate response to Polish and other European insinuations.

Winners are not judged

Stalin was the winner, under his personal leadership of the USSR and the Red Army defeated Hitler, while all European "democracies" fell under Hitler, worked for him and even fought for him, except England.

Today, this victory of the USSR over Hitler, the descendants of his accomplices are trying to steal from us, equating Stalin with Hitler, the winner of the defeated enemy. And the Nuremberg Tribunal does not burn their conscience! They forget the historical postulate: “Winners are not judged!” Because history will condemn such pseudo-historians anyway.

The era of Stalin needs to be studied, not praised or stigmatized. And respect her tragedy and victory. We will have no other story, but from comprehending this revolutionary and military element, you see what good will come of it.

We are in Yandex Zen
About Stalin and Khrushchev
What you didn't want to know about England
292 comments
Information
Dear reader, to leave comments on the publication, you must to register.