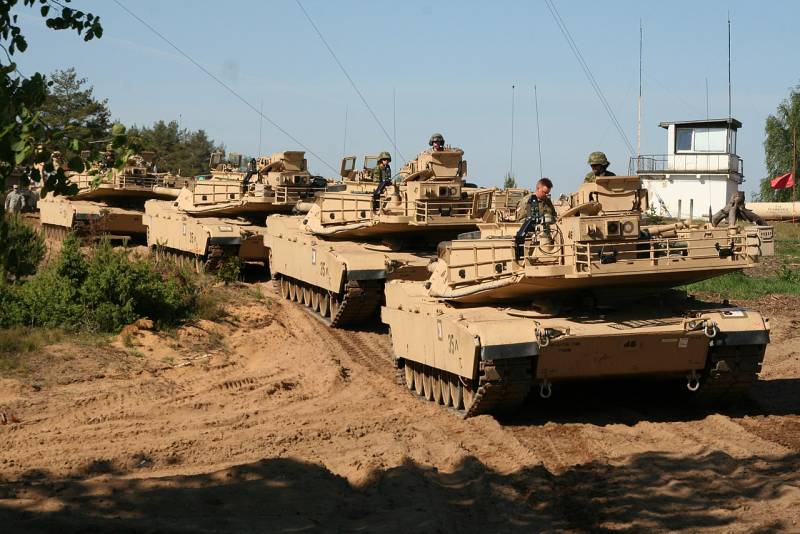 The Alliance continues to prepare for the Defender Europe 2020 exercises. This event will be the largest in recent decades and will allow for the development of new combat strategies. To date, the leadership of NATO and the participating countries of the exercise has revealed some details of their plans, and this information may be cause for concern.

The US and NATO command regularly indicate the presence of fundamentally new threats and challenges that require an appropriate response. To this end, new strategies are being developed, such as the multi-domain battle. Perhaps the main task of future Defender Europe 2020 exercises will be to test this strategy in real conditions.

Within the MDB, NATO forces will have to use not only traditional means, but also new components of the armed forces - cyber troops, space troops, etc. Future exercises will be the largest of all on which such means have been used.

Also, in the conditions of European landfills, they plan to “run in” promising models of equipment and weapons. In particular, it is proposed to test the main Tanks M1A2 Abrams with active protection complexes and other devices.

NATO is currently preparing for the exercises, which will take several weeks. At the end of January, the movement of troops will begin - in the first place, American. In a few weeks, the participating countries will withdraw their groupings to the designated areas, after which the active phase starts. Maneuvers and training battles will begin in April and will continue for several weeks. Then the process of returning troops to their bases will begin. Not later than July, the last units will return to their places of permanent deployment, including overseas. 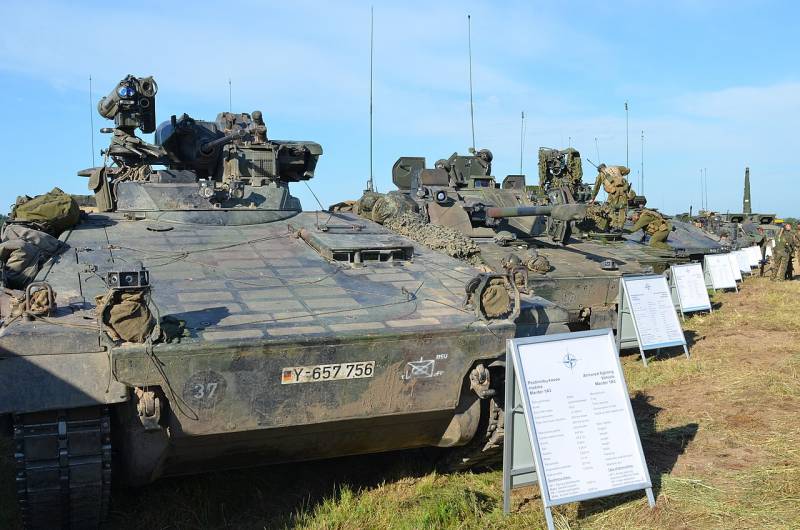 The Defender Europe 2020 exercises will be attended by 18 countries - 17 NATO countries and invited Georgia. The total number of personnel is almost 40 thousand people. Thousands of units of land equipment, hundreds of aircraft and enormous quantities of ammunition of all classes will be used.

Maneuvers will take place in 10 countries. Polygons are allocated by the Baltic states, Poland, Georgia, etc. An important role in the exercises is played by Germany, which will become the main logistics hub for the entire combined NATO grouping. Troop transfer routes will pass through the territory of several other countries.

According to the legend of the teachings ...

According to the scenario of the exercises, the conflict takes place in 2028 and reflects the state of the armies in this period. The forces of the North Atlantic Alliance are faced with a conditional adversary from Eastern Europe, and the adversary does not have a specific name. According to legend, in its military potential, it is comparable to NATO. In fact, this is a very transparent hint, which will not be difficult to solve. 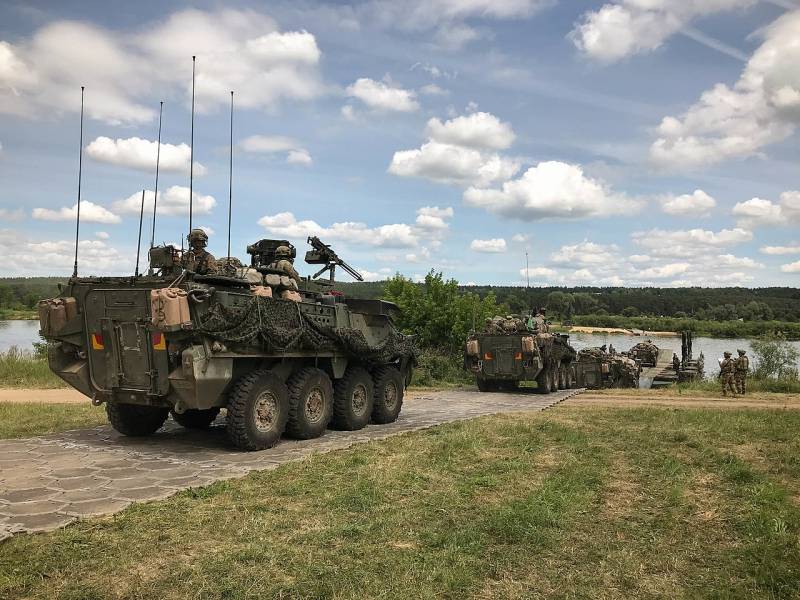 The exercises will begin with the advance of troops to the places of conditional battles. Groups of different countries will have to leave temporary or permanent locations and get to landfills. For this, temporary logistics centers will be created on the territory of the participating countries.

Then the NATO forces will have to take the battle and defend themselves against the advancing conditional enemy. They will also work offensive operations. In particular, the simultaneous landing of three airborne assault forces on different sections of the conventional front — in Latvia, Lithuania and Georgia — was announced. The base of the landing forces will be the US Army, and the military of other countries will participate in them. The paratroopers have to capture the airfields of a conditional enemy and hold them until the main forces approach.

In Poland, an episode will take place with the participation of engineering troops, which will ensure the passage of a large group across the river. Numerous firing with the use of almost all available weapons will take place at all main firing ranges.

In the course of all activities that require several weeks of active work, the Alliance forces will test their capabilities in a number of key areas. It is planned to work out the movement of troops over long distances, the interaction of the armies of different countries, including in combat operations, check out new strategies and models of equipment, etc. 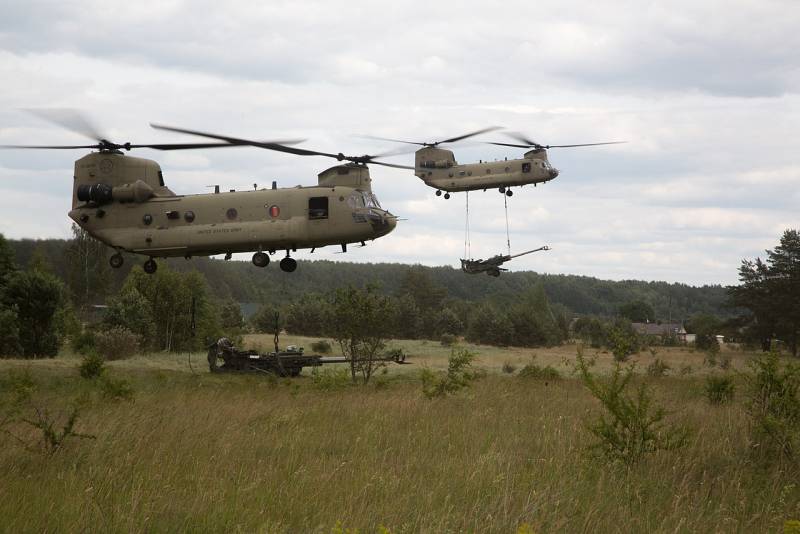 At the end of the main events at the European training grounds, the troops will go home, and the command of different countries and NATO as a whole will begin to analyze the results. Defender Europe 2020 is the largest teaching of recent decades, and it can be assumed that the headquarters will get enough work both during the maneuvers themselves and their results.

The planned exercises now look useful and fruitful for both the United States and NATO. At the same time, they may be associated with risks for third countries. First of all, they can pose a threat to Russia - at least indirectly.

According to the legend of the exercises, NATO will confront an unnamed conditional enemy in Eastern Europe with comparable fighting efficiency. There is only one country in the entire European region that matches this description. Thus, the exercise plan can be regarded as unfriendly or even aggressive towards our country. Despite all the assurances and anonymity of the conditional adversary.

The fact of conducting exercises near our borders also makes us worry. An additional cause for concern is their scale. Approximately 40 thousand people and thousands of weapons and equipment will be concentrated at the landfills. From certain points of view, all this is like preparing for aggression. Moreover, in the domestic media there are already versions according to which provocations against Russia can be undertaken during the exercises. There is another opinion - all these teachings are one big provocation. 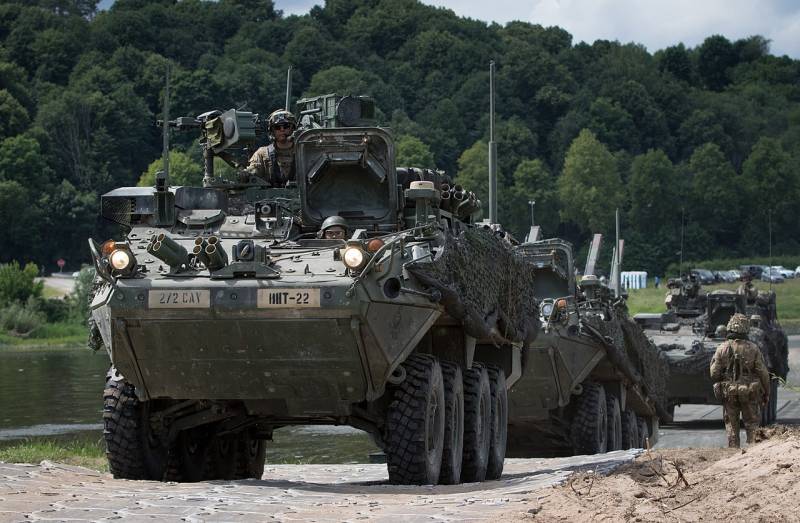 In the fight against the conditional adversary, NATO intends to use both already developed and new strategies and methods. The development of MDB and other modern doctrines is openly associated with the US intention to oppose Russia, China and other countries. In this, too, one can find a serious threat to our country.

It should be noted that NATO and the United States regularly conduct various exercises near the Russian borders. These steps cannot be called friendly, but fortunately have not yet reached clear provocations or direct aggression. Thus, there is no clear reason to suspect NATO of intending to use the exercises as an excuse for active actions of one kind or another - for example, to attack any parts of Russia.

However, the stated and actual goals of the forthcoming Defender Europe 2020 exercises are far from seizure of territories and open war. They are necessary for the practical development of a wide range of various questions that take place within the framework of military cooperation within NATO. All this is not a direct threat to others, but leads to increased combat effectiveness of individual countries and NATO as a whole. And this directly affects the situation in Eastern Europe - at our borders.

The active phase of NATO exercises will start only in the spring, but it is now clear that these measures will not contribute to improving the general military-political situation and establishing relations. It is obvious that the North Atlantic Alliance is engaged in ensuring its security and promoting its own interests, but from the point of view of other countries, such actions look, at least, ambiguous.

In the light of the various events of past years, our country has every reason to be suspicious of the teachings of Defender Europe 2020 and other NATO activities. Despite all the declared goals and objectives, in the medium and long term, such measures threaten Russia's security. Therefore, our country is watching them from the side and is preparing a response.