Debts of Belarus: from whom to borrow “without politics” 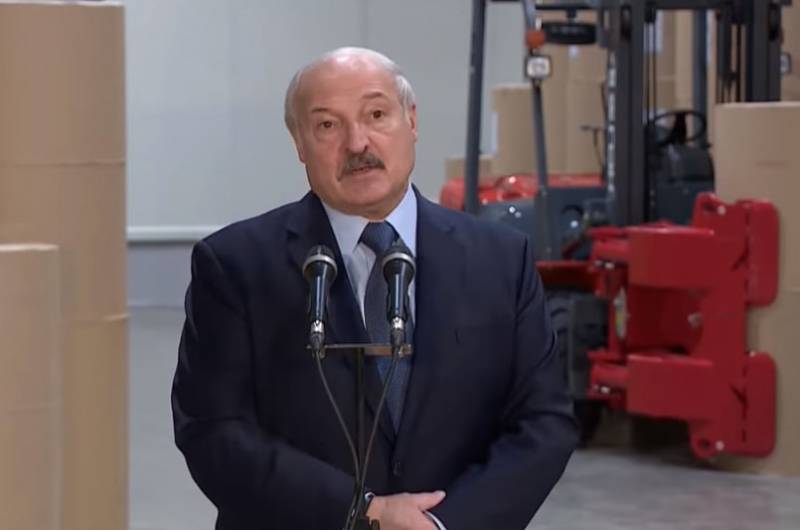 The Belarusian portal TUT.BY published an article on the growth of public debt of its Republic. The publication notes that last year the state debt of Belarus reached 43 billion rubles and continues to grow. According to forecast estimates by TUT.BY, by the end of 2020, due to new borrowings, the debt will grow to a record 54,4 billion rubles. For reference: 1 Belarusian ruble at today's exchange rate is about 29,3 Russian rubles.

Without further ado, experts evaluate the state debt of the Republic in Belarusian rubles, although they make a reservation: 90% of accumulated borrowings are denominated in foreign currency (mainly in US dollars), external debt reached $ 16,6 billion.

Expert concerns are easy to understand. Who will like the growth of borrowings that threaten the stability of the country's economy? After all, the government of Belarus has already designated the limit line of the state debt of 45% of GDP, and today the borrowing rate has approached 36% of GDP. 36% is not so much, but most importantly, the debt growth rate is increasing.

Experts reassure themselves and readers that world practice knows examples of other scales of the ratio of borrowing to national product. In fact, in some countries it has already exceeded 100% of GDP, and, for example, in Japan it has flown to 295%. And nothing!

Only such a “tonic” conclusion is hardly appropriate in assessing the economy of the Republic of Belarus. The fact is that she is subsidized. According to the International Monetary Fund, in just one decade (from 2005 to 2015) Russia donated $ 106 billion to the Belarusian economy! The Central Bank of the Russian Federation gave another noteworthy figure: due to the duty-free sale of oil and gas discounts in 2011-2016. Belarus thus received from Russia $ 48,4 billion.

According to the already mentioned IMF, in 2018 (there are no more recent data), Belarus' GDP amounted to $ 59,4 billion in nominal value. It is easy to compare what real assistance Russia provided to its ally and partner.

In principle, there is nothing unusual in this fact. There is a fairly widespread practice in the world when powerful world powers give preferences to more modest partners in economic terms.

Russia was obliged to do so by the agreement on the creation of the Union State of 1997. Meanwhile, this agreement is a two-way road. Moscow did not wait for counter steps from Minsk. Usually, in support of this circumstance, they recall the position of the President of Belarus in the Crimea, when the Minsk ally simply ignored the interests of his Moscow partner.

But it is better to recall a later time - the Russian embargo on the supply of motor fuel to Ukraine. Minsk was then very fussed about and secured fuel supplies for warring Kiev from its refineries, which processed preferential oil from Russia for fuel.

Today Belarus has problems with Russian oil. Last year, Vladimir Putin and Alexander Lukashenko were unable to agree on a Union State road map for oil, gas and taxes. At the same time, the Belarusian leader insisted: energy prices for his country should be at the level of domestic Russian ("as in the Smolensk region").

Alexander Grigoryevich very interestingly substantiated his demand in the Belarusian media: supposedly, Minsk "annually subsidizes the Russian economy for $ 9 billion and contains 40 million Russians." Lukashenko made this conclusion from the negative balance (just by $ 9 billion) of the balance sheet for Belarus in trade with Russia. But what does the "subsidy" have to do with it?

Alexander Lukashenko easily put his weak economy near the sixth world economy - the Russian one. What can I say? With all the preferences received from Moscow, since 2011 the average GDP growth in Belarus has not exceeded 1,1% per year. For 2020-2024. The IMF generally expects its annual decline by 0,05%.

It is clear that in such conditions, to keep the economy afloat, borrowing cannot be avoided. About them, too, almost the whole year negotiations took place between Moscow and Minsk. Belarus requested a loan of $ 630 million from Russia and another $ 200 million of the seventh tranche of the Eurasian Fund.

Then she changed her mind. According to the Minister of Finance of Belarus M. Yermolovich for the media, “there is absolutely no need for any political loans.” (This is an allusion to the Kremlin’s demand for deeper integration under the Union State treaty). That is, now Minsk is looking not just for whom to borrow “to pay”, but for whom to borrow “without politics”.

Minsk found a “commercial loan” in Beijing. In late December, Belarus received from China a tranche in RMB equivalent to $ 500 million. Now there are statements: "The loan is not connected by anything." The authorities of the Republic of Belarus only keep silent that it is $ 100 million less than the debt obligations of Belarusians that they should pay to the Chinese in 2020.

They say the economy does not like fuss. Its success lies in carefully verified partnerships, when the balance of interests is taken into account in good faith. Anyone who does not want to accept this rule usually loses and only multiplies his debts. This seems to be the case.

We are in Yandex Zen
The March "default" of America: the country will save Jack Lew
Do debts written off in respect of foreign countries benefit Russia?
166 comments
Information
Dear reader, to leave comments on the publication, you must to register.