The phenomenon of Alexander Lukashenko: a strange love for Russia 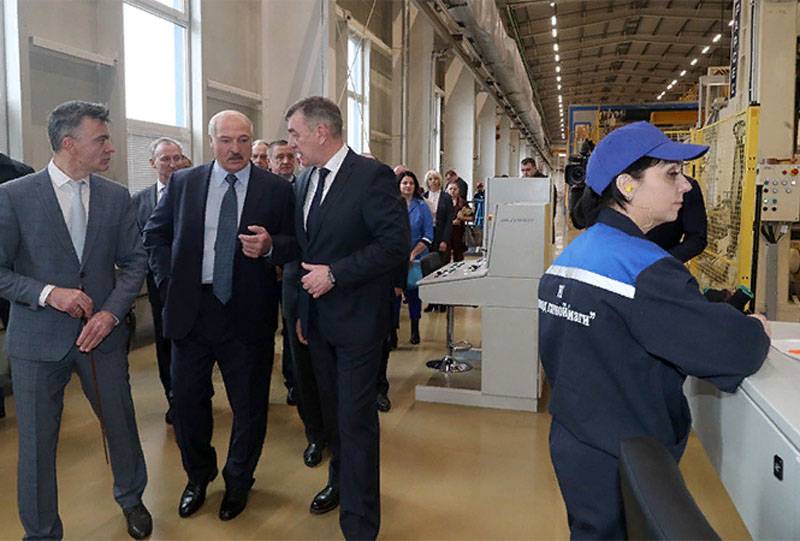 Have you ever had a feeling of some kind of imbalance when reading regular Newsconcerning Belarus?

On the one hand, a brotherly people, a brotherly country, a union state, a republic with a standard of living comparable with Russia ... And on the other hand, there are some conversations and actions that in our eyes look clearly not pro-Russian.

On the one hand, President Lukashenko, coming to meet with President Putin, stresses in every way his friendship with Russia and personally with the President of the Russian Federation, and on the other hand, Belarus does not recognize, for example, Crimea as Russian.

There are many such examples. At the same time, again, a paradox: most of us treat the Belarusian president with at least sympathy. At least, the results of several surveys at once indicate this. Lukashenko is the most popular foreign politician in Russia.

Probably, only the master of post-Soviet politics Nursultan Nazarbayev could compete with the Belarusian president for sympathy.

And we are very sympathetic to Belarus. These are the paradoxes of our perception of personality and fraternal country.

I do not pretend to be the ultimate truth. I’m just thinking with readers about our relationship with Lukashenko and with Belarus in general. What do we want from the fraternal people and its president and what do they want from us? Without templates like “for all good, against all bad”.

For many years we have been creating a chimera called the Union State. I tried to answer the question of what I mean by this big name. One state? Not. A state from two equal countries? Probably not either. Too different weight categories in Russia and Belarus. The entry of Belarus into the Russian Federation as a region? Not. So that?

I think that Belarusians are also not eager to lose their own independence. Not for some political reasons. The whole thing is much simpler. A small state can be raised economically faster. To raise the standard of living of the people and social guarantees to people. Although the movement in the opposite direction, as we see in the example of some post-Soviet states, is also quite rapid. But hope is for a good future! Yes, and raise economically with limited resources, sheer enthusiasm and shouts of Lukashenko will not work. Sooner or later, the economic "limit" will come.

For me, even my own perception of the Lukashenko phenomenon is strange. Try to answer the question about the position of the Belarusian president. Is she pro-Russian or pro-Western? I for myself define it as pro-Russian. Even after another statement by Lukashenko: “The Russians are our people. True, little depends on them now. ” Strange love, isn't it? ..

We are outraged periodically by the assessment of our country, our president from Minsk. But then we quickly move away. Brothers have the right to their own opinion, to, so to speak, “bziki”. Moreover, after every real step of Moscow in response to the anti-Russian actions of the government or the president of the fraternal country, it immediately follows "we love you, we are yours."

What are we surprised at?

Here is literally the news of recent days. I’m talking about the signed decree of Lukashenko on the possibility of changing the “gas protocol”. Are you surprised? I am not at all.

Remember the recent history. Issues of energy prices for Belarus have always been a stumbling block at any meetings of the leaders of our countries. Minsk wanted to get gas and oil at domestic prices and have its own gesheft for exporting these hydrocarbons further to Europe. We argued that we were not yet a union state. And this unsolvable moment remains for the future.

Belarus is not rich in resources. And other sectors of the economy cannot give sufficient profits for sustainable development. Therefore, Minsk is forced to squeeze the maximum out of its position as a transit country of hydrocarbons. Forced to seek markets for their industrial products. Forced to make contact with states that are clearly anti-Russian. There are no others nearby.

Today it is absolutely clear to me that no union state in the version that we Russians think will be created. At least in the current realities of both Belarus and Russia. We will not achieve any political unity. Minsk almost openly shows that it is ready to cooperate in the economic field, but not in the political one. Moreover, to cooperate on their own terms.

For the "hard hand"

By the way, while working on this material, a Soviet citizen, there, deep inside my head, found an answer to the question about the popularity of Lukashenko in Russia. We, Russians, especially after the last reform, today perceive Belarus as a social state. A country where the president really does not allow any actions that worsen the lives of ordinary people.

I can’t say whether this is really so. To do this, you need to live in Belarus. I’m about my own perception, based on press reports and communication with a fairly limited number of Belarusians.

One more thing. The stiffness of Alexander Lukashenko in the liquidation of some anti-government and terrorist acts appeals to me. There was a terrorist attack - the offender was found and shot by a court verdict. Without regard to "humanity" and "humanity."

Illegal rally, meeting, procession? Organizers punished by court order. And not with fines of a hundred rubles. Alas, the Soviet I am for a "tough hand." The state must protect and defend. Order according to the law! If people respect the law, then the law will also respect people.

No, not a “farm director” and not a whipping boy

It’s hard for me to judge what is pushing Alexander Lukashenko for clearly provocative actions against Moscow. I am far from the opinion that the press stubbornly imposes that the Belarusian president is a “director of a state farm” in fact. For so many years of political activity, at the very top of international politics, Alexander G. gained political experience, has matured and does not look like a whipping boy at all.

Probably, Lukashenko’s demarche, connected with the mentioned decree, is caused by much deeper reasons. More precisely, with changes in the domestic policy of Russia in connection with the formation of a new government and future changes to the constitution. But this is a topic for future reflection ...

We are in Yandex Zen
Belarusian nationalism is a weapon of the West against Russia
Alexander Lukashenko is preparing for the “Belarusian autumn”
143 comments
Information
Dear reader, to leave comments on the publication, you must to register.