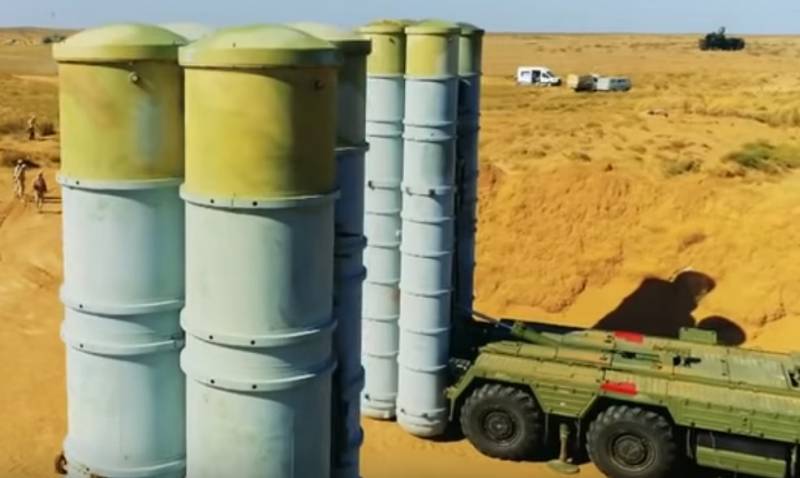 Russia continues to arm China. The uniqueness of the situation is that the Celestial Empire can be considered both as an ally of Moscow and as its probable opponent.


Currently, Russia has completed the delivery to China of the second regiment of the S-400 Triumph anti-aircraft missile system. This is one of the best air defense systems in the world, so it is not surprising that such a famous buyer of Russian weapons as China showed interest in the S-400.

The contract was signed by the parties in December last year in China, then the system itself was delivered by sea: command post, two divisions of launchers, radar stations, auxiliary and power equipment, spare parts, tools, 120 latest anti-aircraft guided missiles of two types.

Among all the buyers of Russian weapons, China became the first state to receive a full set of S-400 back in May 2018. Now it’s the turn to get the second set. The contract amounted to three billion dollars - not so bad for the air defense system, given that the Chinese will probably not stop at this party.

Recall that the S-400 Triumph is an anti-aircraft missile system of long and medium range. It is designed to repel an air attack and combat enemy reconnaissance vehicles, and is capable of working in the face of opposition from the enemy - its fire and electronic weapons. The high combat qualities of the S-400 attracted the attention of foreign buyers.

The first was China, then they decided to acquire the S-400 in Turkey. At present, Russia, Belarus (2 divisions), China and Turkey have anti-aircraft missile systems. By 2025, the supply of S-400 to India will be completed. In addition, Saudi Arabia, Iraq and Morocco are seriously considering buying the S-400. As you can see, even such traditional US military partners as Turkey and Saudi Arabia showed interest in the system, and Ankara generally got into a strong altercation with Washington over the acquisition of Russian anti-aircraft missile systems.

China, hoping to acquire at least 6 S-400 divisions, intends to seriously strengthen its air defense. The United States is concerned about the aggressive actions of the United States in the Asia-Pacific region, which can be used as provocateurs by friendly countries - Taiwan, South Korea, and Japan. In addition, China has long-standing difficult relations with neighboring India and Vietnam, with which there are also territorial disputes.

China’s air defense and missile defense system is one of the best in the world, but still inferior to the Russian and American ones. The structure of the Air Force of the People's Liberation Army of China includes anti-aircraft missile forces, which are armed with anti-aircraft missile systems of Chinese and Russian production, as well as radio-technical troops that solve the tasks of radar surveillance.

Cooperation between countries in the modernization of China's air defense began almost immediately after the normalization of relations that worsened in the early 1960s. Already in 1993, four S-300PMU anti-aircraft missile systems arrived in China, in 1994 an agreement was signed on the supply of 8 divisions of the advanced S-300PMU-1, in 2003 - the advanced S-300PMU-2 also went to China.

For Russia sale weapons to China is of great interest. Beijing is a cash buyer, with large and growing defense needs, ready to buy more and more. and a lot. But there is one “but.” With all the declarations of friendship with China, even an ordinary man in the street understands how in the Middle Kingdom they look at the vast expanses of Eastern Siberia and the Far East. The Amur region, Transbaikalia, Tuva and Altai are generally considered by the Chinese media to be the legitimate territories of Qing and the empire.

Another thing is that now China does not want a military confrontation with anyone. He has much more effective leverage - economic, and, more importantly, socio-demographic. Therefore, the main "weapon" of the Celestial Empire now, as before, are not missile systems or Tanks, and the population, money and booming technologies.

We are in Yandex Zen
Situational analysis of the death of the MH17 flight (Malaysian Boeing 777), made on the basis of engineering analysis from 15.08.2014
Results of the week. “In our cooperative, the board is always agreed”
31 comment
Information
Dear reader, to leave comments on the publication, you must to register.