75 years of the liberation of Auschwitz: the truth will remain with us 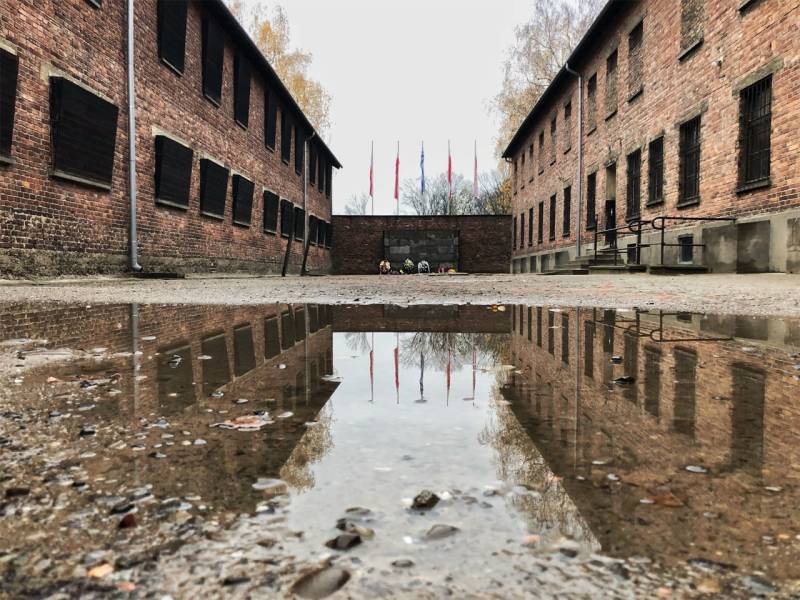 On January 27, 1945, the troops of the 1st Ukrainian Front, under the command of Marshal of the Soviet Union Ivan Stepanovich Konev, released the prisoners of the Nazi camp Auschwitz. There were only seven and a half thousand of them at that time - people who survived in the ruthless death machine.

The sad story of the death factory

After the Nazi occupation of Poland, the city of Auschwitz, founded in the 60th century, XNUMX kilometers west of Krakow, was officially incorporated into Germany and renamed Auschwitz. Under this name, he was preserved in the memory of Europeans. In Soviet and Russian historiography, the old Polish name Auschwitz is often used.

In the years 1940-1945, in the vicinity of this city, a whole complex of concentration camps was located, consisting of three main camps: Auschwitz-1, Auschwitz-2 and Auschwitz-3, all together covering an area of ​​more than 500 hectares.

The first camp was equipped in May 1940 on the site of the former Polish military barracks. Local patriots arrested by the invaders were brought here for the arrangement and further construction of the camp. He will remain a working camp with a fairly strict regime, with a punishment cell, torture and execution sites. Auschwitz-3 will also be a worker, consisting of a group (approximately - 40) of small camps.

The administration of the entire complex is located in Auschwitz-1-Birkenau. About 20 thousand prisoners settled here. Soviet prisoners of war also got into the camp. It was on them that on September 3, 1941, the first test of the Cyclone B gas was made to poison people. In the basement chambers of Block 11, the Nazis destroyed 600 Soviet and 250 Polish prisoners with gas.

After this barbaric action near the village of Birkenau (or Brzezinka) in October 1941, the Germans began to build a real death camp, adapted for the mass destruction of people. Actually, we call it Auschwitz.

By the summer of 1943, four gas chambers and the same number of crematoria were built here. The death factory stood on its terrible conveyor. Jews, gypsies, the mentally ill, opponents of the Hitler regime and other doomed were brought here from all over Europe.

To Auschwitz as a tour

According to archival documents, three-quarters of all those brought in for several hours were sent to gas chambers. It often happened that the poor fellows brought from the station were kept in the nearest grove, and then sent to the “shower” - through the death conveyor, which began in the gas chambers of the camp.

This group included people recognized as unfit for work - short stature or weak physique, people with disabilities, elderly women and men, patients and children. Up to ten thousand prisoners were burnt in crematorium furnaces per day. It happened that the stoves did not keep pace with the gas chambers, then the dead were burnt in the ditches near the camp.

The Nazis traveled to Auschwitz-Birkenau as if on an excursion. It became the rule among party functionaries and high-ranking officials of the SS to come to the death camp and watch in practice how the national ("racial") issue that they laid down in the NSDAP program documents was being resolved.

Auschwitz commandant Rudolf Höss boasted that when they saw the “final solution of the Jewish question”, the guests were speechless. Höss was constantly asked how he and his people could be witnesses of this and how they could endure all this.

Poles will hang Höss in 1947 at the gates of the crematorium of the Auschwitz-1 camp. He will be extradited to Poland by the British military after "working out the information." She is terrifying. According to historian G. D. Komkov, recorded in the Great Soviet Encyclopedia, the total number of victims of Auschwitz exceeded 4 million people. Modern historians reduce this figure and believe that 1,4 million people were killed in the camp, of which about 1,1 million are Jews.

The fate of the prisoners who did not immediately fall into the gas chambers of the death camp was no less tragic. This is especially true for people who were selected for their experiments by the Nazi doctor Josef Mengele. Medical research on prisoners was practiced in many fascist camps, but Mengele’s fanaticism in Auschwitz took on a monstrously large scale.

Take, for example, his experiments on twins. Mengele infected one of them with a dangerous infection. Then he opened both, comparing the affected and healthy organs. Many more what kind of savagery came up with this doctor.

Retelling all his criminal experiments is difficult even for a healthy psyche. But people went through this. Of the 1500 twin pairs, 300 survived.

Auschwitz gained notoriety not only because of Joseph Mengele. It became the largest extermination camp in Nazi Germany. Therefore, the liberation of the death camp in Birkenau shook the world community so much, and even Germany itself.

A feat of all time

In 1996, the German government announced the liberation of Auschwitz, January 27, as official Holocaust remembrance day. In November 2005, the United Nations declared this day the World Holocaust Remembrance Day. 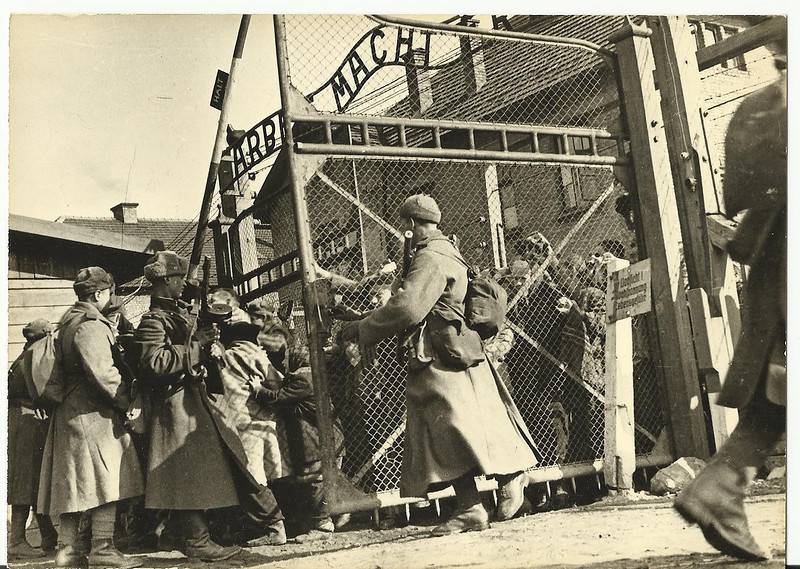 Today in the West they are trying to belittle and even discredit the feat of the Red Army soldiers who liberated Auschwitz. In Poland, for example, it was announced that Auschwitz was liberated by the "Ukrainians" (by the name of the front). When this nonsense was disproved, the “facts” were given, as if the Red Army allegedly delayed the liberation of the camp, because of which Auschwitz’s mournful list “grew by thousands”.

Speculation on stories has always been. Most often, it ended ingloriously. So it will be this time. The feat of the Soviet soldiers who liberated the prisoners of Auschwitz will remain in people's memory for all time, the truth will remain with us.

We are in Yandex Zen
Price of conscience
Warsaw does not like the fact that in Russia the Polish "Tukhol" is considered a concentration camp, and Auschwitz is called "Auschwitz"
67 comments
Information
Dear reader, to leave comments on the publication, you must to register.