The Turkish question to Russia: “The S-400 air defense systems were transferred, but where are the technologies?” 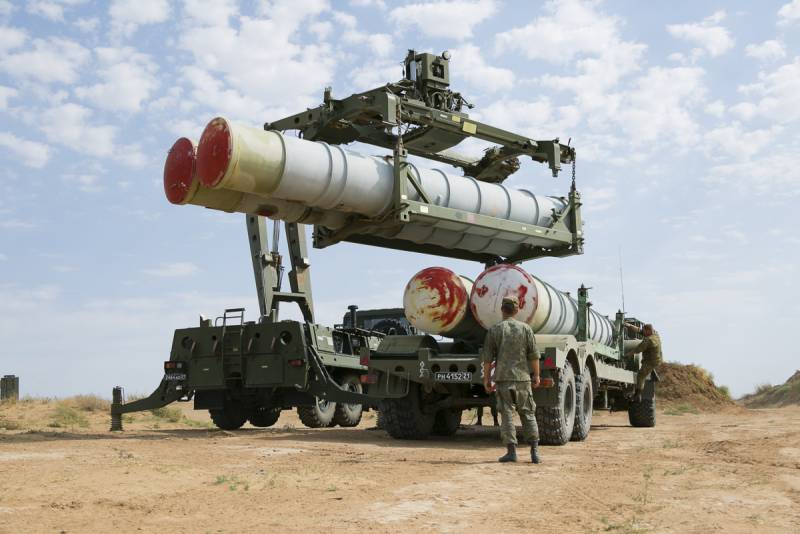 The publication in the Turkish edition of Yeni Akit, devoted to the process of transferring Ankara's Russian S-400 Triumph air defense systems, caused a resonance in the country, on the verge of a scandal. It would seem that the inhabitants of the country, now experiencing the consequences of a large-scale earthquake, should not be up to it, but no. Some particularly ardent descendants of the Janissaries have already begun to declare "deception" and "unfair play of the Russians." True enough, there are also those who relate to the issue calmly and carefully, not seeing reasons for indignation. For whom is the truth?

It all started with a small message published on January 20 by the TASS news agency that the Turkish side had already delivered two air defense missile divisions with the corresponding ammunition load of 120 missiles, as well as everything else that came with it — spare parts and more. In addition, it was said that after the official act of transfer and acceptance of weapons signed at the end of last year in Ankara, the warranty period for its service, which lasted 20 months, came into force. At the same time, it was mentioned that there was no question of any “technology transfer” of the production of these air defense systems to the Turkish side, even if only partially, by the terms of the deal, nothing of the kind was provided for.

It was this passage, “re-voiced” by Yeni Akit, that caused the effect of an exploding bomb. Oil added to the fire that the publication, referring to the head of the Secretariat of the country's defense industry Ismail Demir, cited his statement that the planned delivery of the second S-400 set for this year “could be delayed” just because of “technology transfer and joint production "SAM. It turns out that the Turkish Defense Ministry sacredly believes that they will nevertheless share with them the most advanced and secret developments of the domestic defense industry? Therefore, they ask questions from the series: "And where are the technologies?"

And in the same publication there is also a kind of “unobtrusive” reference to the words of Russian President Vladimir Putin that he said in this regard in 2018 - they say that there are no political issues here, there are exclusively commercial issues.

In fact, Vladimir Putin made it clear that he leaves the final decision on the conscience of those structures that will conclude and draw up a deal. And if there is “nothing of the kind” in the contract - do not blame me. In the opinion of many domestic military experts, it would not be reasonable to pass on secrets of such a level to a country conducting more than active military-technical cooperation with the same Ukraine (not to mention the fact that it is still a member of NATO). Wanted to protect your sky? You are welcome. Still need air defense systems? Buy it! All honestly.

Nevertheless, the comments of some Turkish citizens under the publication mentioned above are glowing with anger: “There is deception everywhere! And the Russians also furnished us ... ”,“ Russia and Putin are deceivers, never keep their promises! ”,“ There was nothing to get into the same den with the bear! ” Separately, we can distinguish those who believe that the air defense system (no worse than the "Triumph") "must be done for a long time by ourselves." And they even express the hope that local inquisitive minds will “solve the mystery” and create some kind of Turkish version of the S-500. At the same time, however, there is a very realistic clarification: “We just need to understand how this is done” ... The most reasonable comments are made by those residents of Turkey who claim to fully support the government, which went to this deal despite the pressure exerted on it: “ What they wanted, they got it, "" We may soon need these systems, it’s good that there is, "and so on.

As for me, the user by the name of Musa spoke best of all, quite rightly remarking that no one would “give your own bread” to anyone “live healthy”. As you can see, a certain number of Turks did not give in to emotions, but showed common sense and understanding. Perhaps they just remembered the “allies” from Washington, who for many years did not give Ankara not only any “technologies”, but also the SAM itself, escaping with endless promises.

We are in Yandex Zen
Situational analysis of the death of the MH17 flight (Malaysian Boeing 777), made on the basis of engineering analysis from 15.08.2014
Results of the week. "God forbid to see Russian revolt, senseless and merciless!"
66 comments
Information
Dear reader, to leave comments on the publication, you must to register.