The Pentagon is confused: either a “successful debut”, or “a lot of injured” 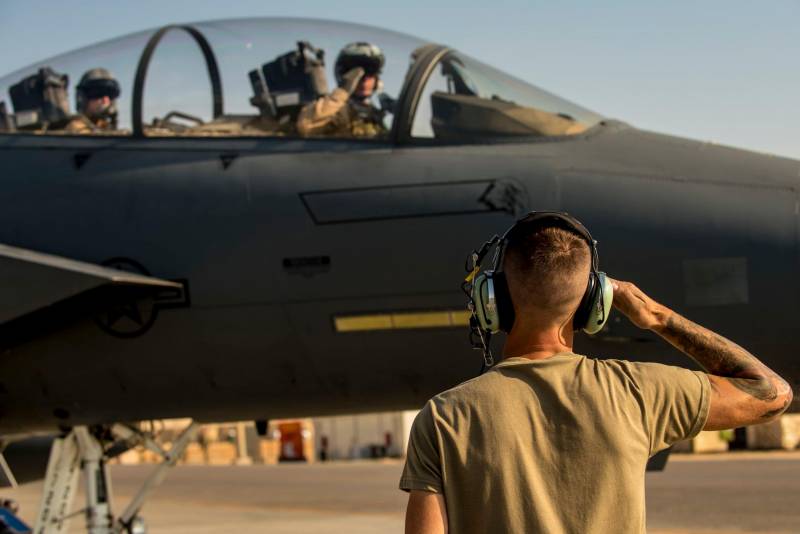 The US military again demonstrates the complete inconsistency of its various units in the assessment of the same event. Local officials sharing information with the public about the January 8 rocket bombardment of the US al-Assad air base in Iraq broadcast messages to the public that were, to put it mildly, not too “docking” in their meaning and essence. At first, as we recall, it was a question of the fact that not a single brave American “advocate of democracy” had even fallen from his head. Now it turns out that the heads themselves were far from all of them. And at the same time, some at the Pentagon undertake to declare that everything that happened was a completely successful “debut” of the recently created US Space Command.


Instead of completely denying any losses incurred by US troops during the IRGC missile attack, today we have official recognition by Pentagon spokesman Jonathan Hoffman that 34 people still “suffered traumatic brain injuries” in her process. Half of them, however, already feel fine and even returned to carrying out their official duties. On the other hand, exactly the same number of military men - 17 people "are under medical supervision." 11 of them were apparently not doing well, since they were completely evacuated from Iraq. Judging by the fact that the anamnesis refers to “symptoms similar to a concussion,” which Donald Trump described in his inimitable manner as “a headache and a couple of other things,” this is most likely a fairly serious contusion. At the same time, the Pentagon answers the question of why they immediately denied the presence of victims, as such, generally phenomenally: “So they didn’t complain!” By the way, the owner of the White House was found here, saying that the TBI received by his compatriots was “much better than losing limbs. " Fair. Handles legs in place - and rejoice!

A fairly dissonance to this rather clumsy attempt to get out of an extremely awkward situation is the victorious report of representatives of another unit of the US military, SPACECOM, that is, the recently created Space Command of the US Armed Forces. It turns out that the events of January 8th became the “successful baptism of fire” of the early detection system of missile launches, for which it is precisely responsible. According to the official statement made on this occasion, on January 8 a considerable number of people and units were involved. The command coordinated the missile warning center, the Joint Aboveground Permanent Infrared Planning Center, the Joint Space Operations Center, and the United Tactical Ground Stations, "deployed by the US Army around the world to expand infrared coverage."

The most distinguished are military personnel of the 460th space wing, deployed at the Buckley air base in Colorado and operating four satellites of the space infrared system (SBIRS). In a word, all the fellows, all worked wonderfully well - only the whole platoon is now out of order. This is according to current data - there is a suspicion that the Pentagon is again not saying anything. A logical question arises: see - saw, track - tracked ... And what's the point? After all, not one of the Iranian ballistic missiles that fell on American military facilities, as it now turns out, under the vigilant supervision of the Space Command, was either intercepted or destroyed.

However, even in the SPACECOM official statement, representatives of the new command speak only of “a multitude of systems that contribute to the worldwide warning and detection of missiles to protect the nation.” There is no word on how to bring down these missiles. Something they have there, in the Pentagon, to see, is unfinished in this matter ...

We are in Yandex Zen
Bashar al-Assad: In Syria, not the “revolution” that the enemies are talking about, but the revolution of the army and the people against terrorists
Syria: Americans scare themselves, and Asma Asad buys chairs
33 comments
Information
Dear reader, to leave comments on the publication, you must to register.