LDN officials: on the verge of full transparency 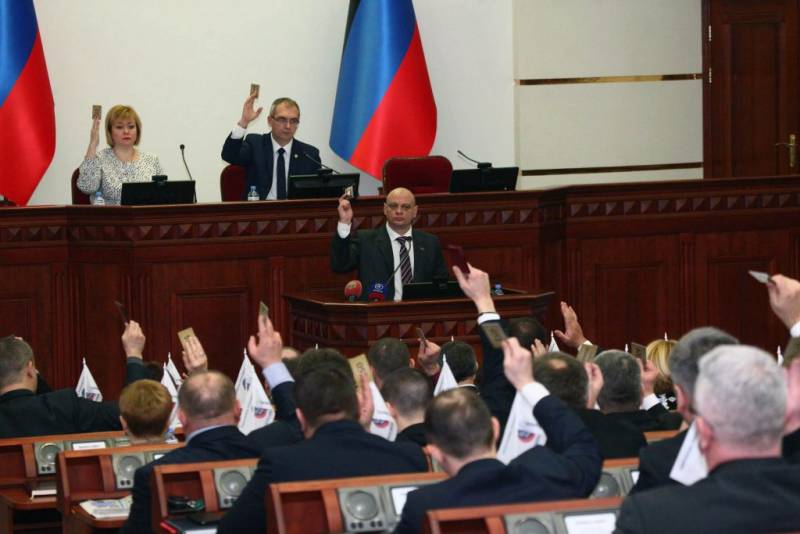 Will the secret be revealed?

In January 2020, the DPR government adopted a number of important amendments to the current legislation, including the exclusion of a paragraph from the Law on State Secrets, which until January 16 defined information as state secrets

“On finances and budget policy (except for general indicators characterizing the general state of the economy and finances), and on sources of receipt of foreign currency funds in the republican budget.”
In this law, by the way, all information relating to not only the military sphere, but also to any socio-economic indicators is called a state secret. Hiding budget data was in fact a specific airbag for the government. Moreover, apparently, she saved not so much from the machinations of the enemy, but from fair criticism.

Now the government promises to post full information about the budget and partially about the sources of its filling in open access. For officials of the republic, this is fraught with new requirements for work and massive revelations in the media. By the way, in LNR all tender purchases are already shown. Without reporting, you can’t buy a pack of paper.

Over the past years, officials in the republics have become accustomed, if not to full permissiveness, then at least to an ideal environment for fishing fish in muddy waters without a hitch. There were so many marvelous situations when it was only due to sudden inspections that it suddenly became clear that the money allocated was disproportionate or that they were not completely spent!

It happened once that after a sudden visit by the regulatory authorities, the accounting department rushed to buy household appliances and utensils for local schools. In the last days of the year, the education department had a fair amount of unspent money, and even more money was spent inappropriately. They escaped punishment by a miracle, creating wild excitement in a single city and amusing the merchants very much.

Rules of the game

The transparency of the work of the government is an important aspect of its effectiveness, the fight against corruption and the construction of a normal civilized society. Certainly, the publication of budget indicators and tender purchases will not save from criticism: firstly, transparency will not prevent critics from “seeing” trillions stolen by the government. And besides, officials who are not used to working openly will instantly demonstrate a lot of mistakes, manipulations and excesses, which will provoke a flurry of criticism and revelations. However, no other way.

Despite the upcoming difficulties and unexpected stress for civil servants and state employees who are not used to demonstrating the financial ins and outs of the republic’s life, today LDNR is making an important step towards building their own statehood and an open society.

The whole question is that the process should be comprehensive. Otherwise, the reform will be, to put it mildly, half-hearted. In order to truly demonstrate its transparency to society, it is necessary to publish not only the republican budget, but also local budgets, as well as a number of other indicators (for example, budget revenues at the end of the year, deficit), demonstrate information on tender purchases, etc. .

In any case, this is an important step in the right direction. It is also worth noting that even the idea of ​​such transparency under the previous government seemed absolutely impossible. There were too many undercurrents and amateur performances of the local government, which tried to play a solo part outside the Russian access zone.

It is clear that there are many difficulties, excesses, scandals and falsifications ahead, and many officials will have to say goodbye to their posts, and maybe freedom. Nevertheless, I want to believe in the best and wish Lugansk and Donetsk a fair wind.

We are in Yandex Zen
Situational analysis of the death of the MH17 flight (Malaysian Boeing 777), made on the basis of engineering analysis from 15.08.2014
Shield and sword
7 comments
Information
Dear reader, to leave comments on the publication, you must to register.