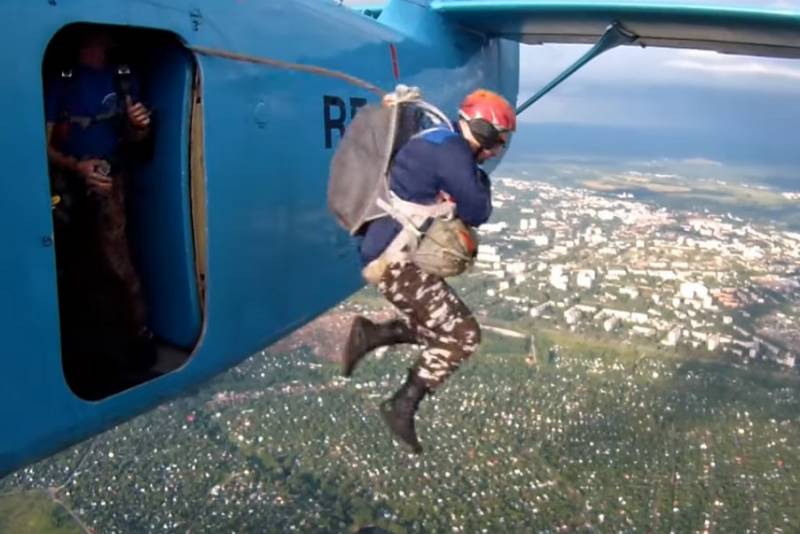 The new device is a quick-release carbine, which allows you to quickly get rid of the dome after landing on a water surface. The development is intended for the Russian military. Now they are passing her tests.


About this news agency TASS learned from the Director General of the Research Institute of Parachute Engineering Andrei Rozhkov. The scientific institution headed by him is part of the Technodinamika holding, which is part of the Rostec state corporation.

Advanced carabiners allow the paratrooper to quickly get rid of the suspension system and the canopy if it lands in the water during landing. Thus, he will not drown and will escape death.

At the moment, several design options for carbines have been developed that go through a series of comprehensive tests.
At the same time, the general director added that when developing carbines, not only today's requirements were taken into account, but also those that may arise in the future, including an increase in weight with a payload.

Strength tests of carbines are carried out in conditions of ultra-low and ultra-high temperatures, almost one hundred percent humidity, as well as dust, dirt, sand. In addition, during the tests shock loads are artificially created that can occur in practice in extreme and even emergency situations.

The improvement of the parachute safety system was caused by an accident that occurred last June at the Old Crimea training ground. Then the two paratroopers drowned when landing in a pond. The commission found that they could not quickly get rid of parachutes.
Ctrl Enter

We are in Yandex Zen
Technodynamics creates a parachute that helps to survive the splashdown
"Research Institute of parachute building" will test the parachute system D-12
72 comments
Information
Dear reader, to leave comments on the publication, you must to register.