Member of Public Chamber arrested for fakes in Donetsk 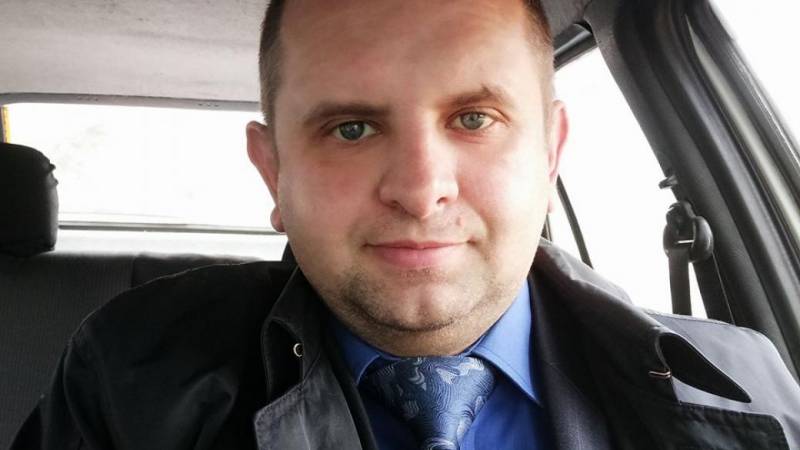 On January 21, the press center of the DPR Ministry of Internal Affairs made an official statement according to which Alexander Bolotin was detained on suspicion of committing a crime under Part 1 of Art. 328 of the Criminal Code of the DPR (actions aimed at inciting hatred and enmity committed in public).

Law enforcement officials also said that the suspect was caught posting materials on the network "containing knowingly false, unconfirmed information aimed at inciting hatred and enmity, as well as defaming the honor, dignity and business reputation of the authorities and law enforcement agencies of the Donetsk People’s Republic."

Alexander Bolotin gained scandalous fame in LDNR due to his controversial publications on social networks. The relatively innocent, albeit furious, nature of the blogger’s publications gradually took on an increasingly scandalous character, until finally a video appeared in which the drunk-looking blogger walked obscenely through the fighters of the DPR People’s Police. The reason for the dissatisfaction of Bolotin was the shooting, presumably from the NM DNI.

Faced with the hurricane reaction of the public (and the very likely threat of an unpleasant conversation with the fighters of the people's militia), Alexander Bolotin apologized publicly, but soon became emboldened, and after he managed to become a member of the DPR Public Chamber, he finally believed in himself and entered into a public and extremely unpleasant conflict with the head of the Public Chamber, Alexander Kofman.

In recent weeks, Bolotin has come forward with aggressive criticism of the authorities, in particular, Minister of Internal Affairs Wild. Probably, the patience of the authorities burst, and Bolotin was arrested.

How did he serve in Purification?

It is not known how and why Bolotin was included in the Public Chamber - the extremely specific behavior of the blogger initially aroused suspicions that Alexander Bolotin needed professional help. It is likely that the former member of the OP DPR should not be judged, but rather help him. Nevertheless, the fact remains: Alexander Bolotin is under arrest and theoretically this adventure could end for him with five years in prison.

However, the fate of a single blogger is not so important - in the end, Bolotin said so much that during the late head of the DPR, Alexander Zakharchenko, one third would be enough to go to the basement. The precedent itself is more important - the republic for the first time used legislative mechanisms in order to defend itself against attacks and to hold accountable for the distribution of fakes.

By itself, this moment is quite positive - in the old days, journalists and bloggers who took an unfriendly or critical attitude to the authorities of the LDNR were simply beaten and expelled from the republics. In addition, it is likely that an active fight against fakes will have a beneficial effect on the quality of the information that many authors disseminate without hiding on social networks.

At the same time, a quite logical question arises: will the authorities in LDNR be able to maintain moderation? Will the Donbass media community have to face a witch hunt? Everyone, including the author, will soon find out.

We are in Yandex Zen
A great interview with Sergey Lavrov: about Ukraine, Obama and Iran
What you didn't want to know about England
20 comments
Information
Dear reader, to leave comments on the publication, you must to register.