US Space Appetites: “Who Owns Space?” 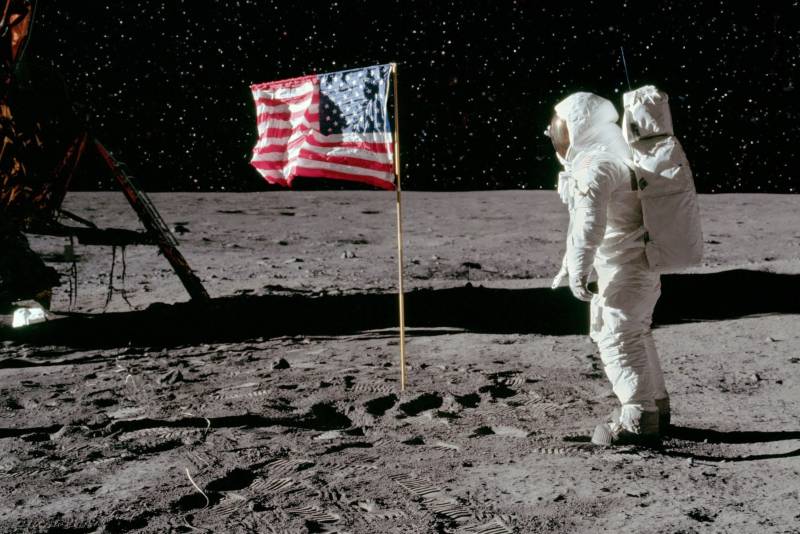 Among the many speeches made at the World Economic Forum held recently in Davos, Switzerland, a rather unexpected speech by US Secretary of Commerce Wilbur Ross stands apart. This sovereign husband, from quite pressing and earthly problems, such as global warming or cyber terrorism, discussed at the summit, suddenly soared, literally, to sky-high heights. It turns out that the United States, whose interests Ross represented in Switzerland, are utterly preoccupied with the question of sharing not only the wealth of our planet, but also the outer space. At the same time, Washington is clearly claiming the lion's share of the "extraterrestrial pie", if not the whole thing.


“Who owns the cosmos? Who owns everything that we found there ?! ”- With such a tirade, the US Trade Secretary began his speech on this subject, indicating American space appetites. At the same time, we must assume that “we” means exclusively American astronauts ... Apparently, at NASA today they’re thinking not so much about new expeditions to the Moon or flying to Mars, but about how to get hold of what which is closer to near-Earth orbit and directly asks for it itself. “If someone was the first to arrive at the asteroid, does he get the rights to all the minerals that are there?” How should this even work? ”Ross asks.

At the same time, the representative of Washington directly declares: the current formula “everything that is in space should serve the general welfare of mankind” is a “impractical solution”. “It won’t last so long ...” is a direct quote from the American’s speech. So far, the question of declaring the entire universe to be the property of the United States has not been raised. But this, it seems, is all coming.

It is very significant that the problems of cosmic proportions at the international level are taken up not by the head of NASA or a major scientist, but by the "chief for trade", stressing that recently 80% of the 415 billion dollars of the "global space economy" does not fall to state investments , and just to the "private sector". It is the projects of "private owners", he said, in the future "will dominate government programs." The United States clearly intends to put the space business on a broad footing, not really paying attention to the interests of some kind of “humanity” there. In any case, their Minister of Commerce assured that there has already "begun work on a more accurate assessment of the economic activity of the space industry."

So far, they are still trying to maintain the appearance of decency - Ross, for example, offers all interested states to take up the “development of a regulatory concept” for the future space sharing. As a model, it is proposed to take the law of the sea currently in force on the planet. A dubious idea, if you think about it ... So far, as it became known, this summer in Washington it is planned to hold a “grand summit of space companies” under the auspices of the State Department and the Ministry of Trade to solve a number of important issues in space exploration. Is it planned to invite representatives from other states, at least from Russia and China, or is everyone going to "decide" in a narrow, inner circle, not yet specified. However, there is no doubt - even if there are foreign guests at the planned summit, they will first of all listen to lectures on the "undeniable advantage of the United States" in all aspects of the development of extraterrestrial space.

This is proved by the speeches made last year by the head of NASA Jim Brydenstein, who openly stated that "only the USA can create a coalition to ensure the return of astronauts to the moon." In this, in his deep conviction, lies their role "as a great country and world leader." That is, Washington considers the Earth satellite to be its own patrimony. Asteroids are next in line. After that, the Pentagon created the Space Forces Command and the Space Development Agency last year in a slightly different light. Well, if the Americans intend to profit from near-Earth space, then they will definitely take care of protection from competitors. So far, their aggressive intentions have been held back by the 1967 Outer Space Treaty, which prohibits deployment there. weapons mass destruction. However, as we see, Washington is already leading the way to revising this agreement - at least in terms of the inadmissibility of attempts by individual states to “establish sovereignty” over certain celestial bodies. And what would stop him from breaking the entire agreement as the same INF Treaty?

In order to think deeply about the degree of increasing danger of "Star Wars", it suffices to recall the words of Donald Trump that space is nothing more than "the latest dimension for warfare." And also from the fact that "achieving American superiority in it is a vital task."

We are in Yandex Zen
Situational analysis of the death of the MH17 flight (Malaysian Boeing 777), made on the basis of engineering analysis from 15.08.2014
Strangulation: the context, conduct and consequences of the American naval blockade of China
76 comments
Information
Dear reader, to leave comments on the publication, you must to register.